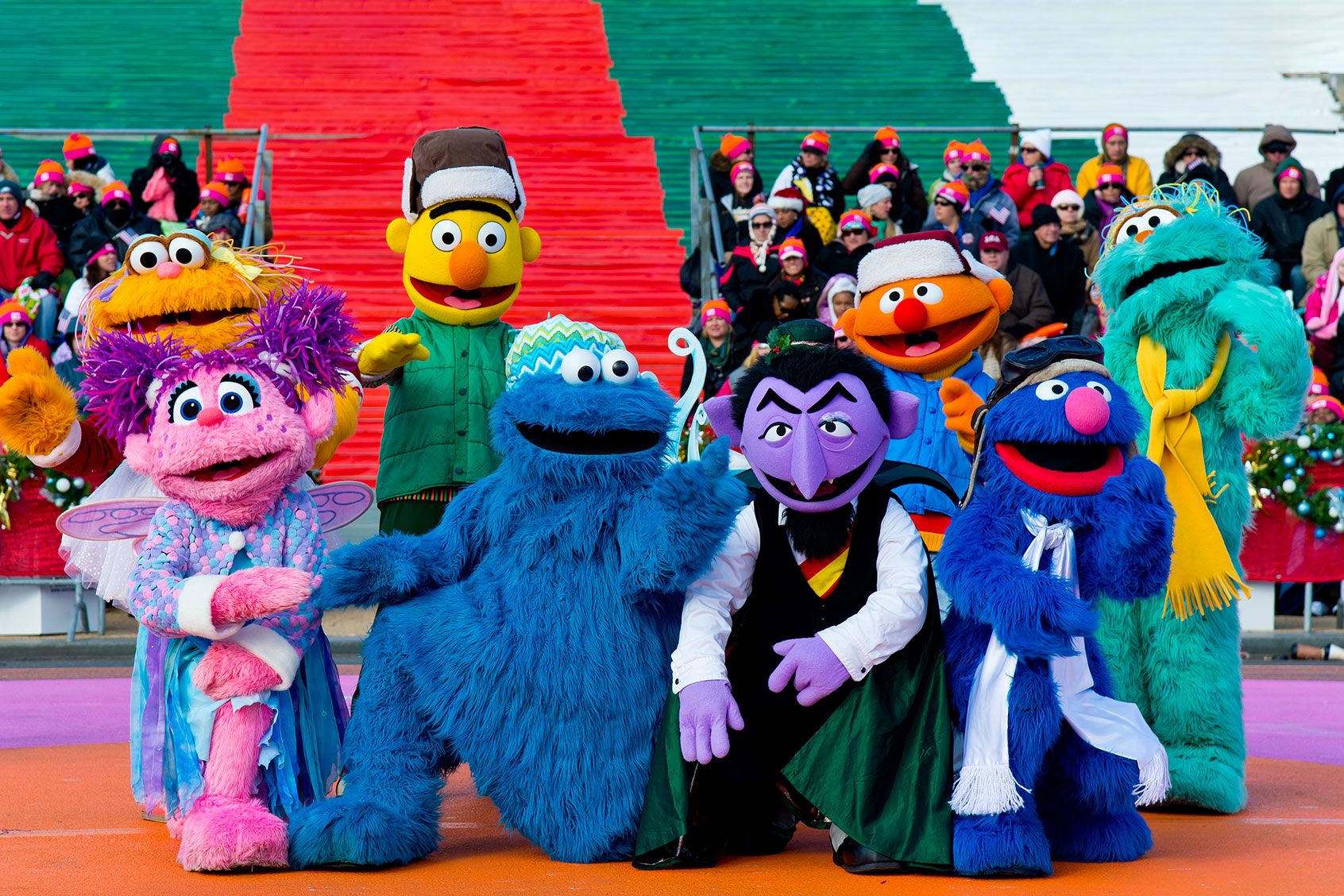 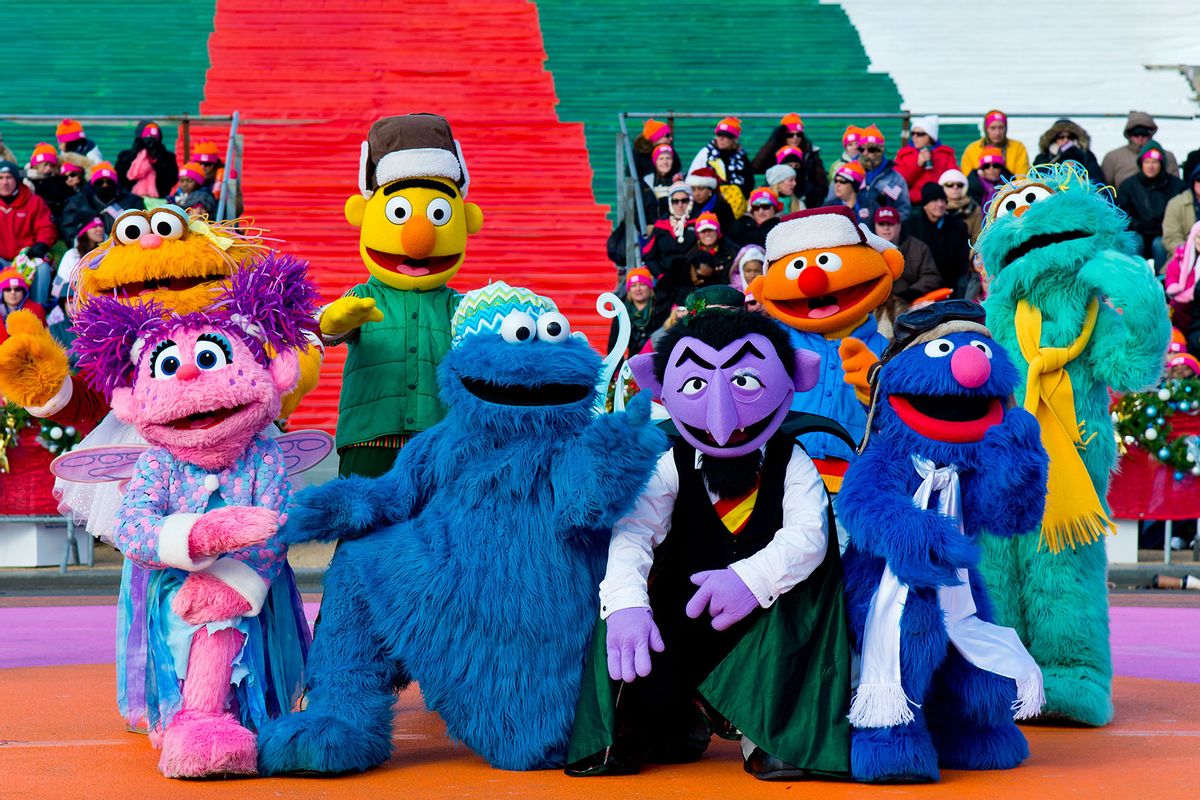 “Racist Theme Park” is not a reputation any amusement park wants to earn, let alone one that licenses the branding of the iconically positive and inclusive children’s TV show “Sesame Street.” But this week Sesame Place, a Philadelphia-area children’s attraction, was forced to issue an apology for an event captured in a parent’s disturbing video that went viral. In the video, which the park initially sought to downplay, two little girls rocking Cookie Monster and Abby Cadabby gear appear to be deliberately snubbed by an employee, dressed as the Muppet character Rosita, who walks along a line of spectators handing out high-fives but shakes her finger “no” at the two little girls as they reach for her.

I initially came across the video on social media. It originated on Instagram, with the following caption: “THIS DISGUSTING person blatantly told our kids NO then proceeded to hug the little white girl next to us! Then when I went to complain about it, they looking at me like I’m crazy.”

On “Good Morning America” Wednesday, parent Jodi Brown expanded on the Instagram post and the hurt that followed the encounter. “They were thinking they did something wrong when they did absolutely nothing wrong. And then to see other children be acknowledged when you’re not acknowledged…”

The video’s views continue to climb as others with similar stories have added their videos to the conversation. The most disturbing I’ve seen so far is a video of a performer dressed as Telly Monster, who just bopped up to a little girl with both of his arms spread out like, “What’s up!” and then knocked her on the ground. I can’t imagine how I would respond if that was my child, but a few nights in county seems appropriate.

To make matters worse, on some level I already knew this about Sesame Place. I knew something was up with those mascot performers after my daughter had a similar experience, but foolishly, I continued to give Sesame Park the benefit of doubt.

My wife and I took our daughter to Sesame Place twice before she turned two years old. Once for a drive-by show during the height of the pandemic — with everyone instructed to stay in their cars with the windows up — and then again after the vaccines were rolled out when COVID numbers went down, out of the car but still masked.

The drive-by event was cool. The performers in character — many of whom had probably been out of work for months due to the pandemic — acted so excited to entertain my daughter on the other side of our car window. They wiggled, danced and jumped up and down, leaving her with a smile that touched both her ears. My wife was so satisfied she bought us season passes.

The second visit was special — my daughter got to meet Elmo, one of her three favorite characters. The performer dressed as Elmo engaged with her, allowed us to take unlimited pictures and overall, made our day. After that, I thought we had seen enough and were ready to go, but my wife said we would be out of our minds if we didn’t stick around for the parade. So we walked around the park, rode some more rides, and then found great positions to watch the famous Sesame Place parade. And just like in the viral video, multiple characters walked right past my child without acknowledging her.

Now I see that I should have thought, These clowns are ignoring Black kids on purpose.

Maybe they can’t engage with all of the kids. Maybe they had to hurry up to shut the park down. Maybe they didn’t see her this time, but will catch her on another visit. That’s what I told myself. Now I see that I should have thought, These clowns are ignoring Black kids on purpose.

Children go through phases. My daughter, like many her age do, was in an intense “Sesame Street” phase. She carried her Abby and Big Bird stuffed animals everywhere: sleeping with them, speaking to them, considering them. When my wife had to literally pry them from her small hands to wash them, she’d flip out. Sometimes while I’d rock her to sleep, if she needed extra help, I’d whip out my phone and pop on “Sesame Street”: It’s educational and fun. There are 50 seasons, so it isn’t repetitive, and it’s not as addictive as that damn “Cocomelon.” “Sesame Street” is the first piece of programming that belonged to her little experience in this world. And thank God she was too young to realize at “Sesame Place” that she was being denied by some of the characters she loves.

“I’m looking at all of these videos in my phone,” I tell my wife. “They did our daughter the same way.”

She agreed. What’s even more upsetting is that “Sesame Street” has such a strong history of inclusion. I remember watching the program as a child, seeing Black children on television and feeling like the Muppets were speaking to me as well.

I remember watching the program as a child, seeing Black children on television and feeling like the Muppets were speaking to me as well.

“More recently, a 2010 segment called ‘I Love My Hair’ shows a Muppet with brown skin singing about her hair and how she likes to wear it natural, as an Afro, in cornrows, braids, and so on. Many other segments throughout Sesame Street’s 50-year history have included Muppets who come in all colors,” said Professor Naomi Moland, author of “Can Big Bird Fight Terrorism? Children’s Television and Globalized Multicultural Education,” in a recent interview with American University. “Sesame’s creators have always seen this multi-hued cast of monsters as representing diversity, even when the characters do not represent particular races or ethnicities.”

The “Sesame Street” that Professor Moland speaks of, the “Sesame Street” my daughter loves, the “Sesame Street” I imagine the woman who posted the viral video felt she was bringing her daughters to, is not the Sesame Place represented in those disappointing experiences. Sesame Place is not a diverse show that fights to include everyone; it’s just a theme park that now has a reputation for poor customer service and inadequate institutional safeguards against racist behavior. But little kids who believe in “Sesame Street” and expect that inclusive, welcoming magic aren’t necessarily going to understand the difference.

Sesame Place initially released a statement on its Instagram account protecting the performer playing Rosita, claiming that the hand gestures were to a parent asking the performer to hold a child for a photo. But we can’t hear that in the video. The statement also says the “costumes our performers wear sometimes make it difficult to see at lower levels and sometimes our performers miss hug requests from guests.” But in multiple videos we see performers in character costume kneeling down to specifically reject Black children. In light of all the videos being shared, the park’s first statement felt defensive and disingenuous. The wave of angry backlash, with the help from celebrity outcry, led Sesame Place to release a second statement with an actual apology:

“We sincerely apologize to the family for their experience in our park on Saturday; we know that it’s not ok,” the company posted on Instagram. “We are taking actions to do better. We are committed to making this right. We will conduct training for our employees so they better understand, recognize and deliver an inclusive, equitable and entertaining experience to our guests.”

“For over 40 years Sesame Place has worked to uphold the values of respect, inclusion and belonging. We are committed to doing a better job making children and families feel special, seen and included when they come to our parks.”

The second apology is what the first statement should have been. But being issued under public pressure makes it sound false, too. Sesame Place now looks like just another company responding poorly to negative publicity, creating the impression that they aren’t sorry for what they did, just sorry it was caught on tape.

My daughter still loves “Sesame Street.” But I won’t be taking her to Sesame Place ever again.

Crispy and cheesy, these two-ingredient fritters would sparkle next to anything

Is there really a big difference between cappuccinos and lattes?