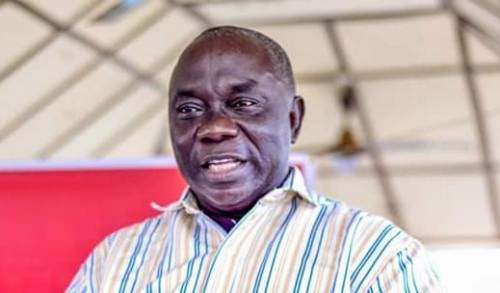 I perceived Oyetola’s campaign team as more intellectualised than Adeleke’s mostly dancing team. I knew some of the guys there and their good activist backgrounds before enmeshing into bourgeois politics of anything goes.
But the moment they brought a seminude rascally Portable to come and literally fart in Awolowo’s mouth publicly, an obscenity and desecration of the sage and the meritorious virtues Baba Awo was known for, as the most philosophical, cerebral, visionary and achiever Yoruba leader and a distinguished national icon while alive, it became apparent that the Oyetola’s team was too desperate to lose the election.

Ordinarily, a political campaign must have a theme, and content and should never be arbitrary in response to field eventualities or be panic-struck, to make it qualitative and principled. This elementary thoughtfulness seemed to be lacking in this case.
No candidate or campaigner in the north can be that desperate to desecrate the image of the great Ahmadu Bello or Igbo desecrating the Zik of Africa in the east. The organisers of the show of shame were even too arrogant or naive to immediately apologize to the people based on feedback about the absurdity. Assuming the whole bad scene was a creation of the Zazuze crooner they should have immediately bundled the uncouth singer back to Lagos. It’s possible the young musician didn’t even know who Awo was or have read about him and his unforgettable achievements as an intellectual, philosopher leader.
Up till now, I still don’t know the relevance or the political gains APC intended to make with that Awolowo statue and its desecration by that young cantankerous societal deviant musician. That’s a very bad PR for the party and its candidate whose outward calm gentlemanly personality doesn’t speak of the street. Perhaps a big statue of Bola Tinubu wouldn’t have assaulted our collective sense of the political history of Awoism. That’s a big minus.
Well, I have written much to alert us on the deliberate obliteration of the remnant virtues of Yoruba political culture and leadership as that of “omoluabi” as epitomized by the late sage Awolowo and his group essentially. And this obliteration is being gradually replaced by a rogue political culture of anything goes, integrity, ethics and ennobling attributes don’t matter again to secure political victory because the ends justify the means as they arrogantly postulate around.
Major bourgeois parties including APC and PDP are culprits in this ascendancy of rogue political culture right from the Obasanjo government of garrison “politics is a do or die affair” to Tinubu’s “Jeun Soke” and now its variants – “dibo ko sebe” “see and buy” “gbagas gbogos” “mo ti ko dollar, pounds, euro de” and other crude formalization of vote buying and selling openly.
It’s shameful, that such rogue culture can never guarantee free and fair election and good governance by these political merchants who have been winning elections but lost in good governance.
If the roguish conservative wing of the criminal ruling elite started it, the roguish progressives have escalated the brand of politics without principle and integrity to a  higher level as a state art and made it a political philosophy despite their promise of change and good governance which has turned out to be a deception.
Sadly, many middle-class professionals including lawyers, doctors, lecturers/teachers, journalists, and broadcasters among others shamelessly kowtow and promote rogue politics and leadership without integrity for patronage, partisan, pecuniary, ethnic, and religious interests. More sad is that most of these people who should be role models to our youths are parents and guardians.
Rogue leaders and their criminal enablers can never change Nigeria qualitatively and guarantee good governance. The ball is in the court of all discerning citizens to save the country and their future from political banditry across parties and determine their own fate by organizing around their collective interests for a good Nigeria. It’s a historical challenge and responsibility, failure to do it is Doom.
Adeola Soetan