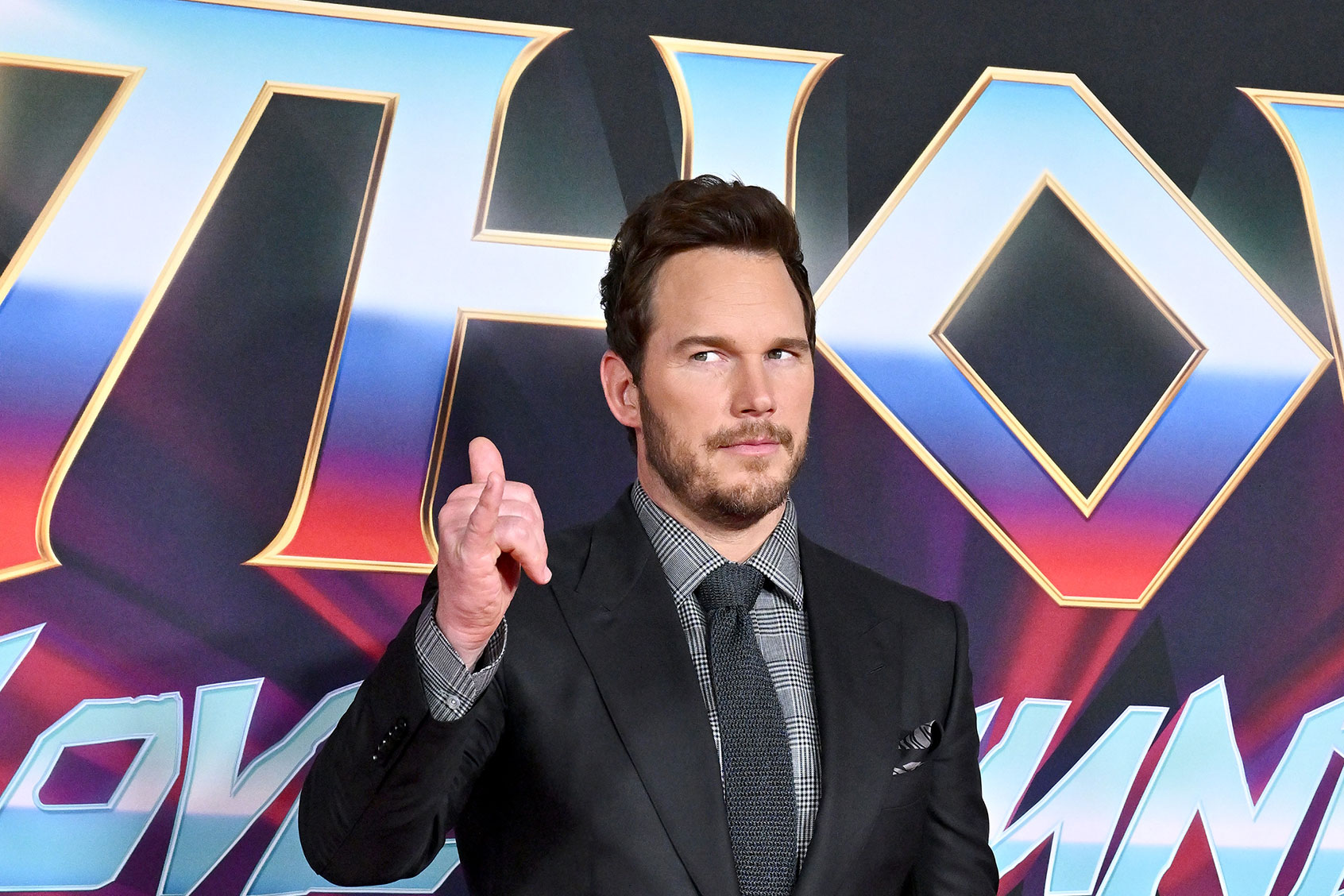 For a movie star whose signature look may be best described as Above Average Midwestern, Chris Pratt engenders a unique type of passion at the mention of his name. It isn’t pure hatred or absolute adulation but a very strong “meh.” Call it an uncomfortable tepid, if there is such a concept.

It’s doubtful this vague feeling will hold back “The Terminal List,” the new Prime Video series he executive producer and stars in as a Navy SEAL on a revenge mission. The platform suits him, for one thing; the adaptation of a Jack Carr story streams on the same service where “Jack Ryan” and “Reacher” found their audiences, as has Pratt previously in 2021’s “The Tomorrow War.”

That pandemic-era release occupies a station in the heart and memory similar to Pratt’s these days, which is to say a lot of people watched it despite its wan reviews, this writer included.

In a hypothetical competition with Chrises Pine, Evans, and Hemsworth, Pratt perennially scores the lowest. But his designation isn’t fourth place. It’s “The Worst Chris.”

“The Tomorrow War” also stood astride two versions of the guy: the comical goof who won over audiences as Andy Dwyer in “Parks and Recreation” and the tormented hero he’s taking out for a test run in his new show.

“The Terminal List” introduces Lieutenant Commander James Reece to Pratt’s repertoire, an anguished warrior returning home from a mission that turned deadly, only to have his life spin out from under him.

And Pratt looks the part of a battle-hardened veteran, all shaggy beard, drawn cheeks, and muscle. If nothing else one can appreciate the physical exertion and dedication it must have taken to carve himself into a plausible version of an elite soldier. 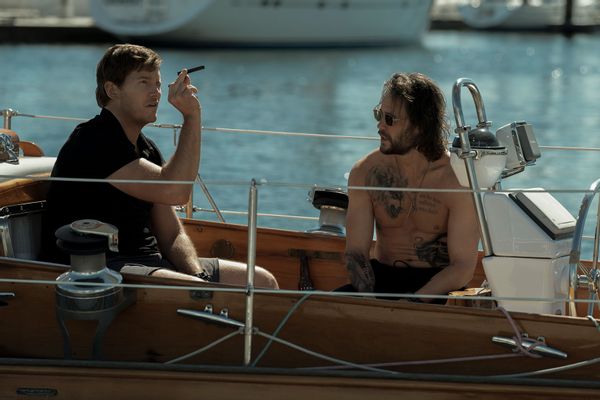 The Terminal List (Amazon Studios)Even if that’s most of what matters to people, however, it’s still a grim slog that launches Reece’s campaign of violence with a classic fridging and the constant reminder of Pratt’s limited acting ability. This is especially evident in the scenes he shares with Taylor Kitsch, whose excellence at conveying a shaggy weariness draws attention to the effort Pratt makes to match it whether in quiet scenes or loud.

Or maybe I’m enacting an invisible penalty on Pratt for . . . reasons. (I’m not. I swear.)

“I feel like one of the key aspects to the dislikability of Chris Pratt is the very obvious efforts by a PR team to engineer a sense of effortless casual charm that hasn’t been there for a long time,” Twitter user Russell Lattshaw observed in a post that went viral.

Pratt is aware his chemistry read with a significant segment of the public is off, a fact of which we’re reminded each time the infamous Contest of the Chrises resurfaces. You know this meme, right? In a hypothetical competition with Chrises Pine, Evans, and Hemsworth, Pratt perennially scores the lowest. But his designation isn’t fourth place. It’s “The Worst Chris.”

“A performer’s religious affiliation isn’t a turn-off for most people.”

If he isn’t haunted by that, a detractor might cite the dim memory of the speech he gave upon accepting a Generation Award at the 2018 MTV Movie & TV Awards, particularly this: “God is real. God loves you. God wants the best for you. Believe that. I do.”

That line eclipses every other innocuous nicety in the same speech, including “Breathe. If you don’t, you’ll suffocate,” and “Don’t be a turd. If you’re strong, be a protector. And if you’re smart, be a humble influencer. Strength and intelligence can be weapons, and do not wield them against the weak. That makes you a bully. Be bigger than that.”

This explains this insistence in the recently published Men’s Health profile to which Lattshaw refers, topped by the pull quote contradicting years’ worth of social media evidence: he is not all about religion.

A performer’s religious affiliation isn’t a turn-off for most people. Stephen Colbert’s openness about his Catholic faith hasn’t impacted his fandom in the way it has Pratt. Then again, Colbert never made headlines for being part of a faith community whose pastor has publicly taken an anti-gay stance.

“Religion has been oppressive as f**k for a long time,” he tells Men’s Health, adding, “I didn’t know that I would kind of become the face of religion when really I’m not a religious person.”

He explains he was never a member of Hillsong, the charismatic Christian megachurch known for its anti-LGBTQ stance whose founder is accused of covering up multiple allegations of sexual abuse. Instead, he claims Zoe Church as his home congregation, another church whose founder is attached to a 2017 film equating homosexuality with “sexual brokenness.”

“I think there’s a distinction between being religious — adhering to the customs created by man, oftentimes appropriating the awe reserved for who I believe is a very real God — and using it to control people, to take money from people, to abuse children, to steal land, to justify hatred,” Pratt explains to the magazine.

He doesn’t adequately explain why he didn’t disavow Hillsong sooner, particularly when Elliot Page called out its homophobia (“I’m gonna, like, throw a church under the bus?” he says), bringing us back to the hamfisted PR of it all. Still, even if that’s the case, the effort is understandable, since he’s on the verge of bringing his time with “The Guardians of the Galaxy” and “Jurassic World” franchise, to win back people he may have lost. 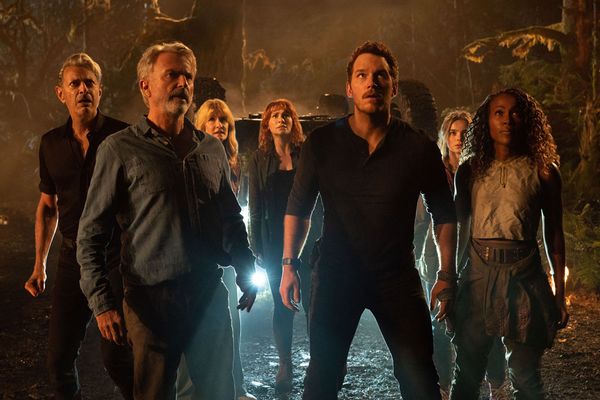 Between this, and a general resentment of Pratt’s choice to ditch his approachable Andy goofiness for brawny swagger, placing more distance, perhaps between some unrealistic impression that he’s more like us than the son-in-law of Arnold Schwarzenegger, it’s going to be a while before Pratt shakes off that “Worst Chris” pageant sash.

None of that hurt Pratt’s ability to open a movie or earn more seasons of his show. He still radiates enough likability to justify two last visits with “Guardians of the Galaxy,” starting with Star-Lord’s appearance in “Thor: Love and Thunder,” which opens July 8.

Some people still hold him responsible for the breakup of his marriage to Anna Faris – which, honestly, is neither fair nor any of our business, considering she’s also been very public about their friendship following the finalization of their 2018 divorce.

Publicly he may have lived up to some of his own expectations (to our knowledge, he hasn’t been a bully) while falling short of others – “If you’re strong, be a protector” – when people like Elliot Page have called him to. All of this makes it strange to contemplate Pratt as a case of a man begrudged yet still watched for the same reason: his averageness.

“The Terminal List” is currently streaming on Prime Video.

The delicious, diverse world of spirits from the African continent