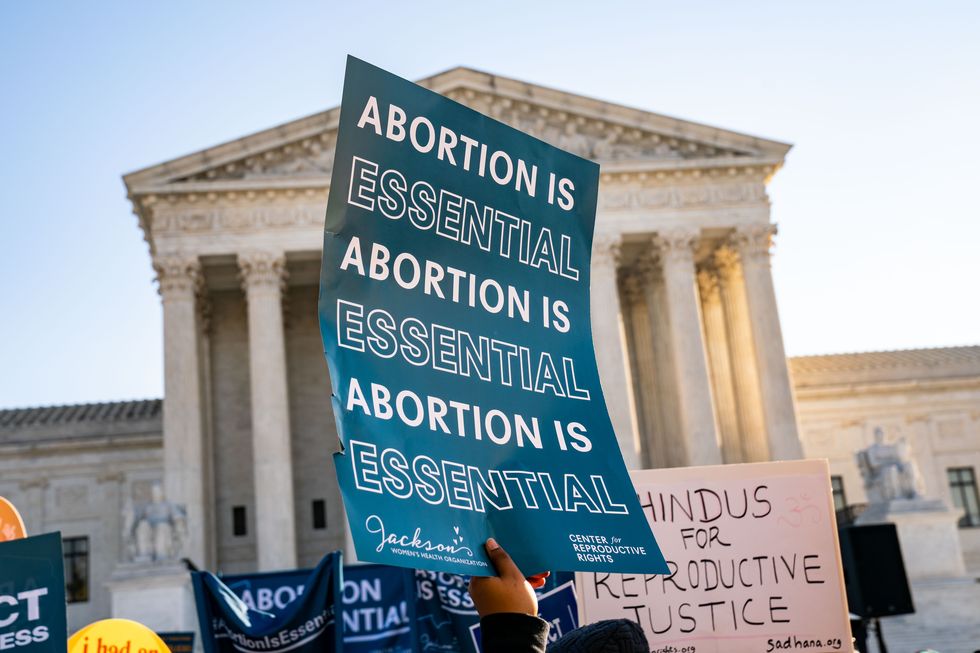 In devastating but unsurprising news, the Supreme Court has overturned Roe v. Wade, ending the constitutional right to abortion in the United States and reversing nearly 50 years of precedent. The decision came on Friday, as the Court ruled in Dobbs v. Jackson Women’s Health Organization, a Mississippi case that asked the Court to evaluate the constitutionality of a 2018 law that banned most abortions after 15 weeks of pregnancy.

Abortion rights have been under attack for decades—2021 was the worst year for abortion rights in nearly half a century—and in May, Politico reported a leaked draft opinion from the Court that showed the justices intended to vote to overturn Roe.

More than half the states in the country are now likely to ban abortion, making essential reproductive health care essentially inaccessible for millions of people and disproportionately affecting women of color and women with low incomes. The effects will be chilling and far-reaching: Maternal mortality is already a crisis in the United States, and with the end of Roe, it’s expected that even more women will die from pregnancy complications. We’re also likely to see an increase in people being criminalized for miscarriages and for assisting with abortion procedures, as well as the potential banning of birth control, IUDs, and Plan B as lawmakers attempt to restrict the freedom people have over their own bodies. In a concurring opinion, Justice Clarence Thomas made clear that the Court isn’t likely to stop with this attack on reproductive rights, writing that the Court should also reconsider rulings that protect contraception, same-sex relationships, and same-sex marriage.

There’s no other way to say it: This is a scary time.

But this fight isn’t over. There are resources out there for learning how to obtain an abortion, via a pill or otherwise (more information on medication abortion here), and how to help others seeking care, like by donating to an abortion fund (more on abortion funds here). You can also exercise your power this November during the midterm elections (here is information about when the primaries are in your state and how to register to vote).

As we prepare for a future without Roe, ELLE put together a comprehensive guide to better understand the state of abortion care today.

There’s an Abortion Provider Shortage Across the U.S. Here’s How We Address It.

Five states have only one clinic remaining, meaning one doctor’s departure could cut off abortion access for an entire state or region.

Who Will Protect Abortion Providers?

As Roe falls and abortion seekers travel across state lines, violent extremists are likely to follow.

Abortion Doulas Are More Important Than Ever

“Abortion work will continue as it always has—underground, with limited resources, despite the risks. Restricting or rescinding access to safe, affordable abortion is injustice. And there will always be people fighting for justice.”

Abortion Funds Are in Crisis

The funds that pay for people’s procedures have been underfunded for years.

Everything to Know About the Abortion Pill

Medication abortions now account for more than half of all abortions in the U.S.

Donate to an Abortion Fund Now

Here are 26 states with organizations that could use your support.

I Was Hospitalized For My Postpartum Anxiety. Abortion Bans Mean More People Will End Up Like Me

Are the politicians eager to outlaw abortion prepared to take on the mental health care needs of the people they force to give birth?

The Opposite Of Abortion Isn’t Motherhood. It’s Injustice.

No person should have to bear the burden of parenting in America, period—especially without their consent.

With abortion rights under attack, ELLE brought together five members of Congress perhaps most qualified to discuss the issue—because they’ve been there themselves.