The immediate former governor of Anambra State, Willie Obiano, has explained why he tried to leave Nigeria hours after he handed over to his successor, Chukwuma Soludo.

Obiano handed over power to Soludo on Thursday, March 17 and was arrested by the Economic and Financial Crimes Commission (EFCC) at the Murtala Muhammed International Airport, Lagos a few hours later while trying to leave the country.

In an interview with Premium Times, Obiano, through his lawyer, Patrick Ikwueto (a Senior Advocate of Nigeria), said he was not running away but was rather hurrying to keep a doctor’s appointment to treat a “semi fatal condition”.

“He was not running away. Why will he run away when his family is here and he has a lot to do here? The fact is that he (Obiano) has a medical condition for which he had a prior appointment to see his Specialist Doctor for treatment at Spring Creek Urology Specialists LLC, Houston, Texas, U.S.A.

“By the nature of his ailment, he has been undergoing treatment at the said Specialist Hospital since June 2021 and had an appointment earlier scheduled for the final stage of Specialist Radiography for eight (8) weeks – which will take place immediately upon his arrival at the Facility in Houston, Texas, U.S.A; and thereafter, after four days. Subsequent treatments are scheduled every day for a period of eight (8) weeks,” he said.

Ikwueto said the former governor had since mid-last year received treatment at the US medical facility every three months.

“The last time he was there was December 2021 and became due for another round of treatment this March shortly before he handed over to Soludo,” the lawyer said.

The lawyer refused to disclose the nature of the ailment.

“He (Obiano) was lucky that the disease was detected on time. It was still at an early stage when he was diagnosed last year,” said a source familiar with the former governor’s medical condition.

“I can tell you that after the media reported that the EFCC placed him on its watchlist, he reached out to authorities at the federal level to seek permission to travel for his scheduled medical treatment,” the lawyer said.

“He also promised that he would thereafter return to face any probe the EFCC or any other agency had against him. So it was shocking that he was still treated the way he was despite the assurance he was given,” he said 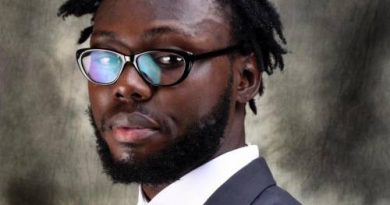 Nigeria’s 2023 Elections: The Ballot or The Bullet? By Raphael Adebayo