Barcelona Femeni have completed the signing of Brazilian forward Geyse Ferreira on a free transfer from Madrid CFF, the Catalan club confirmed on Sunday.

Geyse, 24, joins on a two-year deal with her contact with Madrid expiring at the end of June.

Along with Barca striker Asisat Oshoala, she was the top scorer in the Primera Division, netting 20 times in a team that finished 13th in the table.

She becomes Barca’s third signing of the summer following the arrivals of England international Lucy Bronze on a free transfer from Manchester City and Real Sociedad left-back Nuria Rabano. Geyse further strengthens Barca’s attack following the loss of Dutch winger Lieke Martens, who joined Paris Saint-Germain this week after running down her contract at Camp Nou.

Make picks throughout the Women’s European Championship for a shot at $5,000.
Make Your Picks

The Brazil International first joined Madrid in 2017 from Corinthians in her homeland. She left the club for Benfica in 2018 but returned in 2020.

She now joins a Barca side that has won the Spanish league in each of the last three seasons and reached the last two Champions League finals.

They won 45 out of 47 games last season, including all 30 in the league, but defeat to Lyon in the European Cup final left a bittersweet feeling at the end of the campaign. 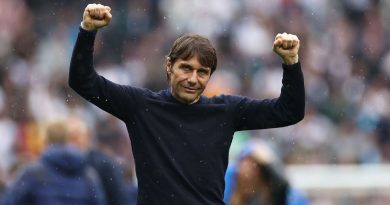