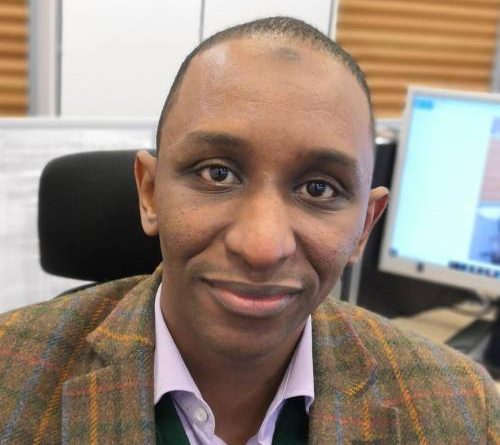 The 2022 industrial action by Nigeria’s academic staff union of universities (ASUU) is worrying on many grounds, but it is nothing new in the Nigerian context. It is the fifth industrial action in the last ten years – 2020, 2017, 2014, and 2013 – and this is becoming more like a tradition.

As an academic and an active union member in the higher education sector, I empathise with the ongoing industrial action by ASUU. I also worry for the students, in public universities, who are at the receiving end. Since its establishment in 1978, ASUU has significantly contributed to the development of universities in Nigeria. ASUU has pushed for more government funding in the sector and has negotiated with individual university management bodies to manage their institutions efficiently.

One of the key reasons for the industrial action is that the federal government failed to implement the Memorandum of Action signed in December 2020. ASUU points explicitly to the fact the government has been unable to meet its obligation to revitalise public universities with consistent funding and has not paid academics their earned allowances. Now, ASUU demands they should renegotiate the 2009 ASUU-FGN agreement. Subsequent to the 2009 agreement, built on the2001 agreement, ASUU has seen four different Ministers of Education, three Presidents and two acting Presidents. Like other governments, the Buhari administration keeps vacillating despite several agreements.

Rightly so, ASUU’s grief is outdated. Any deal signed 13 years ago, especially one that involves nominal monetary figures, requires revisiting. The value of money has changed due to persistent double-figure inflation since then. Thus, the amount agreed in 2009 will not be sufficient today. But I will not recommend renegotiating with a government closing shop soon. For clarity, ASUU will get a better deal if it renegotiatesits agreement with the next government. They can take what is on the table and, for the sake of the survival of the country’s educational system, return to work.

It is obvious that the intent to inflict a cost on the governmentfor failing to agree to conditions demanded by the union is not yielding the desired outcome. From all indications, this government is unperturbed about the drawback of the Nigerian education system, especially the public universities.The gestures from the government’s Ministers are evident.The government keeps justifying that it does not have the money to pay for ASUU’s demands, but those demands are actually for investments in the country’s education sector.

As the strike continued, the government issued 12 additional private university licences in mid-May 2022. Of course, it did not make the headlines as attention was mainly on political parties’ primary elections. The addition raised the total number of private universities in Nigeria to 111 (46%), a few numbers short of the 129 public universities. These private universities rely on charging exorbitant fees for their operations. The fees are unaffordable to the average household in the country, but we will discuss that in a moment. It is worrying to see the government acting in such an unbalanced manner.

But as things stand, private universities will eventually, not imminently, dominate the university system in the country unless we have sensible leadership. That is because thegovernment is more worried about increasing its short-term revenue to keep paying the rent of the country’s future income it is spending now. Never before has Nigeria had a government that is more worried about generating revenues than investing in future of the country. These neoliberalpolicies compel the government to cut-down long-term human capital investments like university education. Thus, we hearthe government making lame excuses to keep borrowing to pay for consumption when it is clearly against the Fiscal Responsibility Act (FRA) of 2007. But they cannot make an argument to borrow for capital and human expenditure – a favourable condition under the FRA 2007. Unsurprisingly, the country has to deal with immediate harmful socioeconomic consequences, like increased poverty, unemployment, and worsening income distribution.

The youth, predominantly university students and the future leaders, benefit from the positive outcomes of the education system and suffer from poor results—likewise, the society in general. The latest United Nations data projections showNigeria’s youth population is high. Those aged between 18-29 are estimated to be around 42.7 million, while those aged between 30-39 years are about 22.3 million. The majority ofuniversity students are within these age groups. However, it is difficult for many to attend universities due to hardship and the poor state of the economy. Even those attending mainly public universities are struggling to pay tuition fees.

Therefore, ASUU should understand that the ongoing strike is counting against the future of Nigeria economically. Universities are economic development resources and the most important inputs of production processes for a knowledge-based economy. The sector engages in research, information transfer, technology development and research collaboration within the country or with institutions across the globe. They identify skills gaps, create unique courses and build the right skills to bring economic prosperity and social cohesion. The 240 universities we currently have in the country have the potential to contribute to this development. However, the strike will likely create a skill gap that will take time to fill as many students rely on public university education.

Globally, 39 countries provide free education for their citizens. These include countries with similar profiles as Nigeria, like Brazil, Argentina, Egypt, India, Iran, Kenya, Lebanon, Mexico, Morocco, Philippines, Kenya, Sri Lanka, and Turkey. These countries know that education is at the heart of achieving Sustainable Development Goals. They understand that it is in their interest to be integrated into a world knowledge network where knowledge moves freely. They want their economies to process their acquired knowledge into skills because individual workers are more productive if other workers have more skills. The Nigerian government must be nudged towards implementing a similar policy. But first, they must understand the concept and rationale, and ASUU should be involved.

For ASUU, they must make surgical decisions on calling off the strike while looking at the bigger picture. It may look like a loss now, but ASUU can snatch victory in the jaws of defeatif they choose to renegotiate with the next government. Above all, they should not let perfect be the enemy of good. 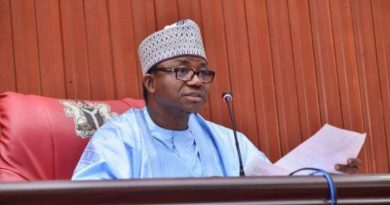