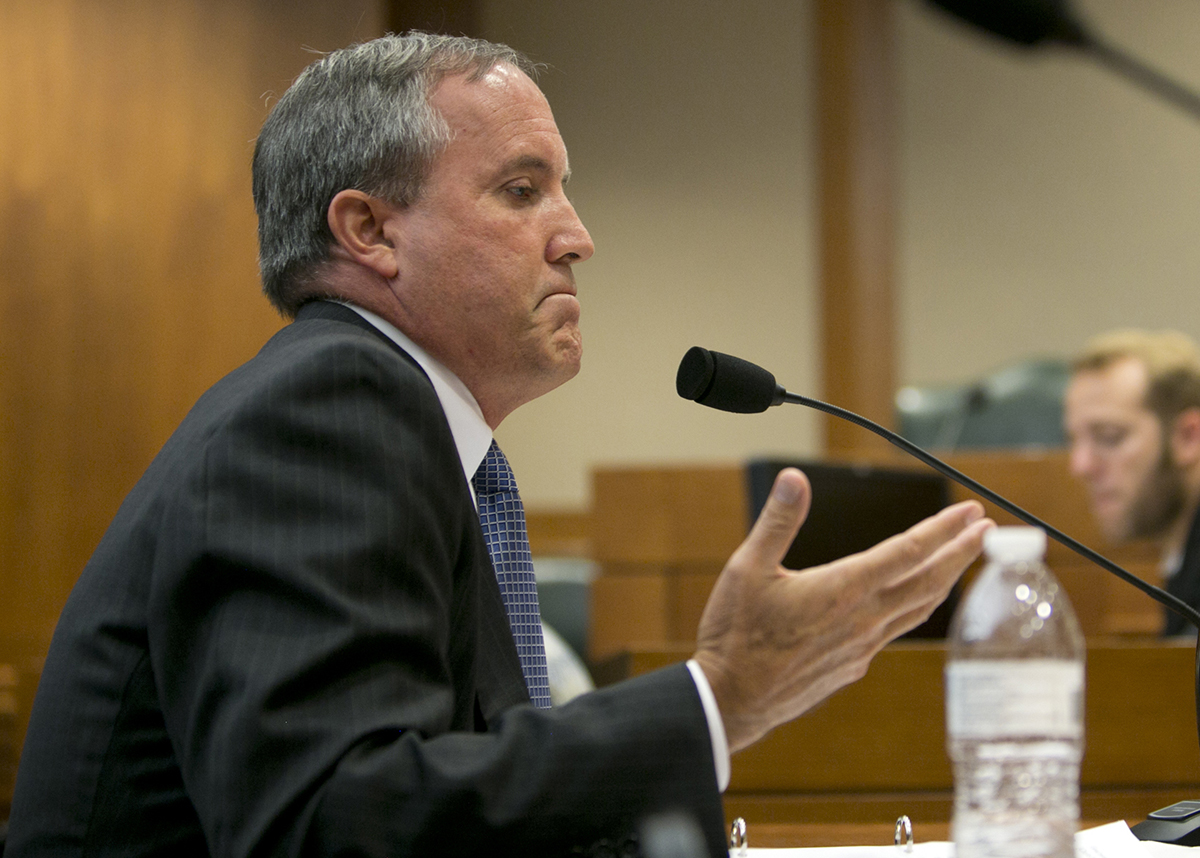 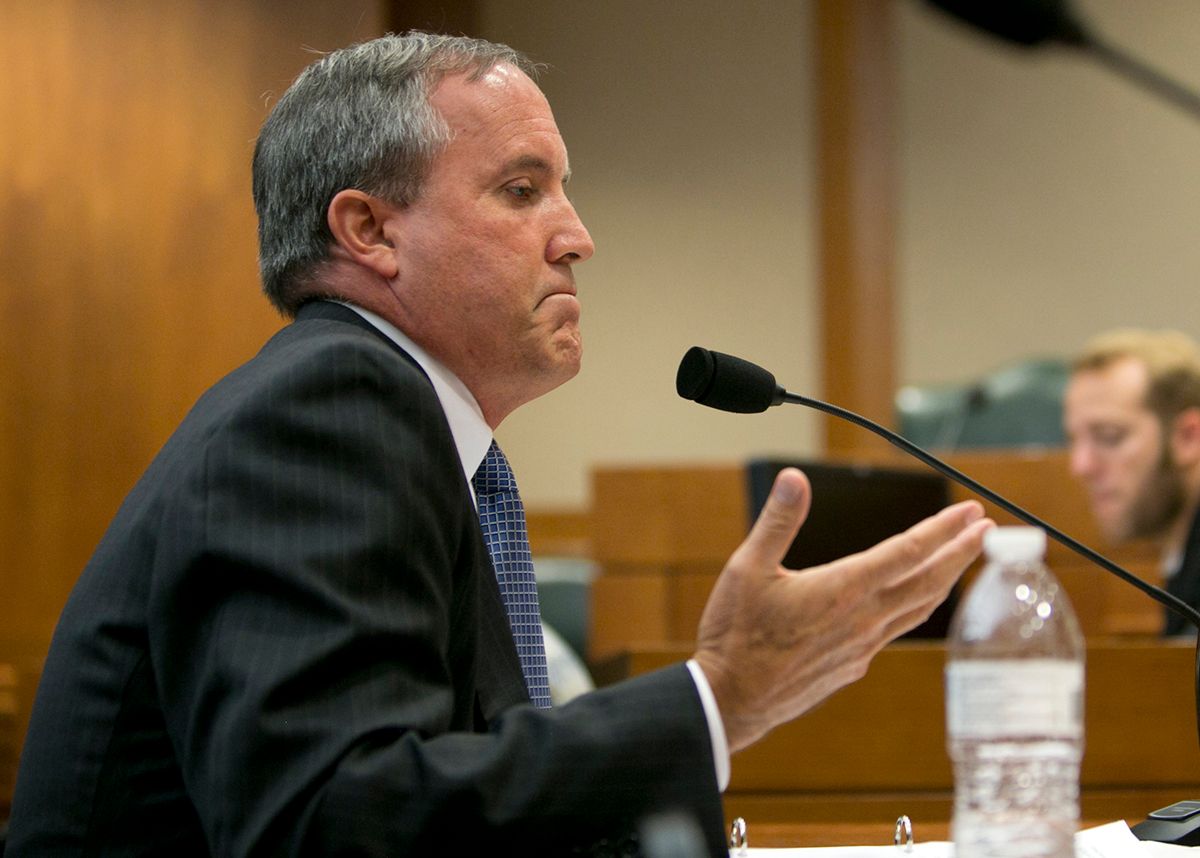 Texas Attorney General Ken Paxton said recently that he would tell parents of young children killed in the Uvalde school shooting that “God has a plan.”

Paxton, who took the leading role in a failed Supreme Court case aimed at overturning the results of the 2020 election, went on a media blitz to fight calls for gun restrictions shortly after an 18-year-old shooter killed 19 children and two teachers at Robb Elementary School in the West Texas town of Uvalde.

in an interview with right-wing radio host Trey Graham, Paxton acknowledged that it is “difficult to give comfort” to families who lost their kids. “If I lost one of my children I’d be pretty devastated, especially in a way that is so senseless and seemingly has no purpose,” he continued. “I think … I would just have to say, if I had the opportunity to talk to the people I’d have to say, look, there’s always a plan. I believe God always has a plan. Life is short no matter what it is. And certainly, we’re not going to make sense of, you know, a young child being shot and killed way before their life expectancy.”

Paxton’s comments last week came ahead of emotional testimony by parents of Uvalde victims in the House last week. Kimberly Rubio, whose 10-year-old daughter Lexi was killed in the attack, pleaded for Congress to take action on gun safety in response to the massacre.

“We understand that for some reason, to some people — to people with money, to people who fund political campaigns — that guns are more important than children,” Rubio said while testifying with her husband, Felix. “Somewhere out there, there is a mom listening to our testimony thinking, ‘I can’t even imagine their pain,’ not knowing that our reality will someday be hers. Unless we act now.”

Dr. Roy Guerrero, a Uvalde pediatrician who treated some of the victims, made a similar plea as he described how children’s bodies were “pulverized” and “decapitated” by the bullets from the AR-15-style rifle used by the gunman, to the point that “the only clue as to their identities were the blood-spattered cartoon clothes still clinging to them.”

“Making sure our children are safe from guns, that’s the job of our politicians and leaders,” Guerrero said. “In this case, you are the doctors and our country is the patient. We are lying on the operating table, riddled with bullets like the children of Robb Elementary and so many other schools. We are bleeding out, and you are not there. My oath as a doctor means that I signed up to save lives. I do my job, and I guess it turns out that I am here to plead, to beg, to please, please do yours.”

But after the heart-wrenching testimony, all but five Republicans in the House voted against a package that would raise the age to buy an AR-15 from 18 to 21 and toughen existing gun laws. Senate Republicans have already ruled out any new gun restrictions, as have Republican state leaders in Texas.

Paxton’s immediate response to the shooting was to call for arming teachers, which some schools in Texas already do despite strong pushback from teachers.

“We can’t stop bad people from doing bad things. We can potentially arm and prepare and train teachers and other administrators to respond quickly. That, in my opinion, is the best answer,” Paxton said following the shooting.

Other Texas Republicans have also tried to blame anything but widespread easy access to guns. Sen. Ted Cruz, R-Texas, called for “door control” in schools and Gov. Greg Abbott pushed an emphasis on mental health — despite slashing funds for mental health treatment.

“Look, maybe if we heard more prayers from leaders of this country instead of taking God’s name in vain, we wouldn’t have the mass killings like we didn’t have before prayer was eliminated from school,” he said.

Paxton in particular has a long history of opposing gun restrictions in response to mass shootings in Uvalde, El Paso and Sutherland Springs, arguing that mass shooters are “not going to follow a single gun law” even though gun laws prevented the shooter from getting a gun until he turned 18 — the legal age to purchase an AR-15, but not a handgun — just days before the attack.

Paxton has a close relationship with the gun lobby. The NRA, the Texas State Rifle Association and the Gun Owners of America Political Victory Fund have all contributed heavily to his campaigns. Paxton also signed an amicus brief backing the NRA’s petition asking the Supreme Court to strike down California’s ban on high-capacity magazines. He even “welcomed” the NRA to Texas after the group tried and failed to file for bankruptcy to dodge a corruption investigation by New York’s attorney general.

After a gunman killed 26 people in the 2017 Sutherland Springs church shooting, Paxton argued that the only answer to gun violence was more guns.

After another gunman killed 23 people at an El Paso Walmart, Paxton again argued that more guns were the answer rather than fewer guns.

“The best way is to be prepared to defend yourself,” he told CBS News.

Ironically, Paxton himself cannot buy a gun under federal law, because he has been under indictment since 2015 for breaking state securities law.

Researchers have found no evidence that arming teachers or other school personnel has any effect on school shootings. A review of 89 journal publications and media reports by researchers at the University of Toledo and Ball State University similarly found that armed school resource officers, restrictions on the number of school exits and active-shooter drills do not help either.

The “ideal method for eliminating school firearm violence by youths is to prevent them from ever gaining access to firearms,” the researchers concluded, adding that “unfortunately, studies have found an alarming rate of firearms accessible to youths.”

My brothers and sisters, I bring you greetings. We already knows that election is fast approaching, is about two weeks from now. Let us join our hands together to make sure that Prince Odi Okojie is elected come on the 25th.

Emma Okoduwa have been on the corridor of power for more than a decade now with nothing to write home about. The time to retire Emma is now, we all know how he joined hands with our enemies to remove Frank Okiye as speaker, Emma shouldn't be rewarded, don't vote for him my dear and lovely people. We all see how he went to Idijie road the other day to messed it up all because of election. He thinks for only himself, and not for the masses.

Emma have no project attached to his name, he wants to continue standing on the path of development. He has no business in politics.