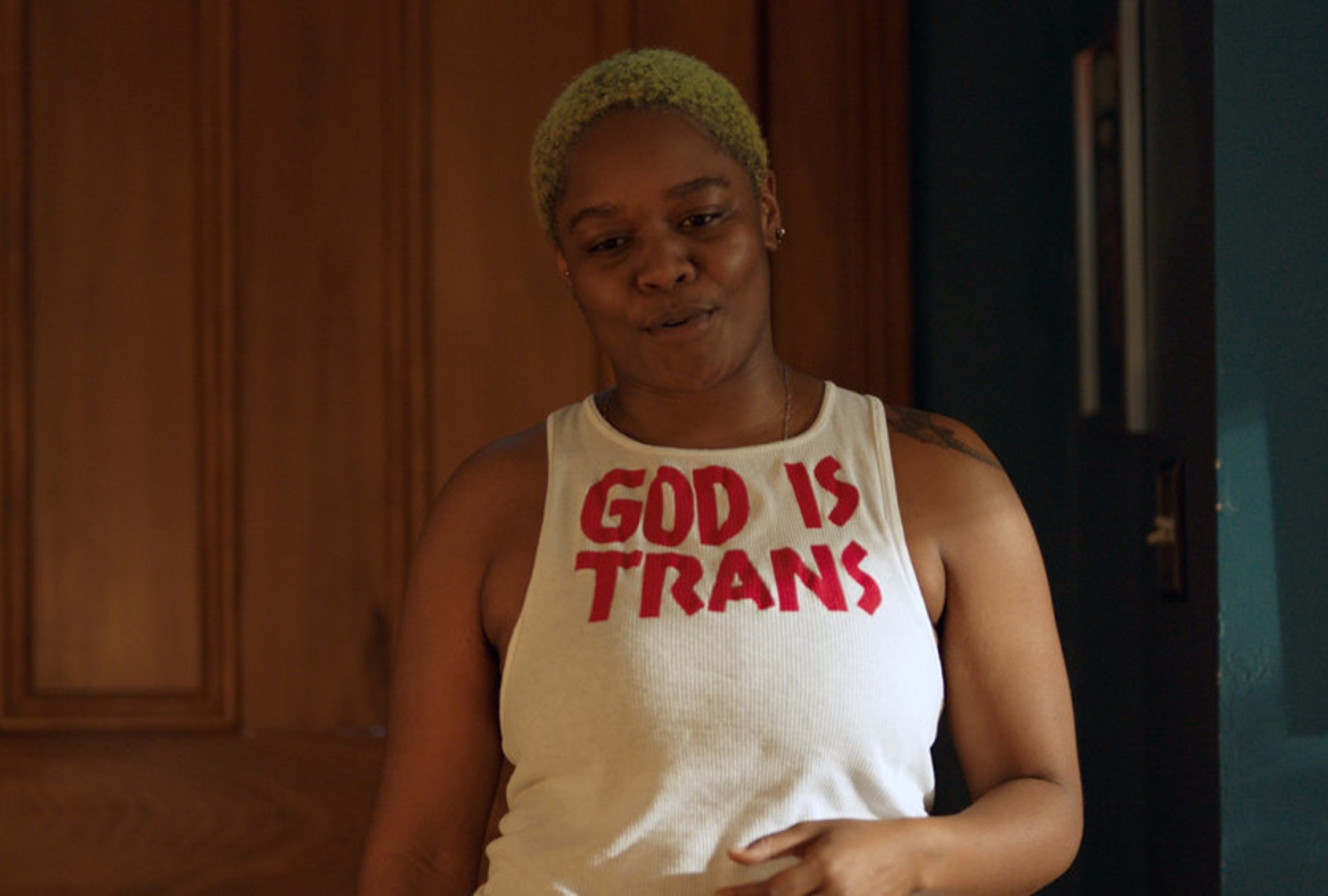 What Peacock’s new “Queer as Folk” reboot nails when it comes to painting a picture of the real-life gay culture of New Orleans is that if you want to be part of a vibrant, inclusive, non-Trump supporting scene that’s with it enough to understand “Buffy the Vampire Slayer” references, you’re gonna have to make it your damn self.

The original white as the driven snow series, which debuted on Showtime in 2005, is given a re-birth in name only by this new version which features a cast of fresh faces who are diverse in an intentionally inclusive way that would not have even crossed showrunners’ minds in the early 2000s, and is a fantasy reflection of the present day LGBTQ scene here in New Orleans, where my wife and I transplanted ourselves from New York in 2015. If it took seventeen years for writers and casting agents to get this show right; maybe, if we’re lucky, the city it was filmed in will only take seventeen years to catch up to it.

RELATED: “Queer as Folk”: The British version is sexy, as it should be, but the U.S. version is immature and not even hot.

I am a 45-year-old married lesbian who teeters on reclusiveness, so my current nightlife scene primarily consists of watching old episodes of “The Real World” and singing songs to my dog. It wasn’t always that way, but I can easily track its unique journey. I spent my high school years living in Southern California where I came out at the very young age of 14 after having a dream about kissing Winona Ryder. In my early 30s I lived in Chicago and did my best to s**t on and take for granted what would end up being the closest circle of lesbian friends I would ever have. When I moved to New York and met my wife I allowed myself to sink into a lifestyle of nesting that is very on-the-nose lesbo and then one day I woke up and realized that I didn’t have even one close gay friend. Life happens, we all get socially lazy at points in our lives, but I felt a need to fix this for myself, and still do. So when my wife and I moved to New Orleans I told myself that I’d try to submerge into the gay scene here, which I was under the impression was wild and weird in a way that spoke to my own personal interests. Flash forward to me very *cough* briefly serving on the Nola Pride board as the token lesbian for a racially problematic, closeted to family, and Trump-leaning board of directors.

The gay culture of New Orleans, what little of it I can see while peeking out the window of my house like Mrs. Kravitz from “Bewitched,” is not what I had in mind. If others who live here are finding that it suits them just fine, blessings to them. While binging through all eight episodes of the new “Queer as Folk,” I get excited for what I know is out there somewhere; what I know can be possible for a city of talented queers to turn around. I like how this show sees New Orleans LGBTQ culture, and the seeds it has planted for what could be, but isn’t quite yet.

The first season of the “Queer as Folk” reboot starts with a shooting that takes place at a fictitious queer space on Frenchman street called Babylon, a wink to a club of the same name heavily featured in the original series. In a harrowing scene that brings to mind the mass shootings that have taken place across the U.S. in recent years, namely the 2016 Orlando shooting at Pulse, a character named Mingus (Fin Argus) is in the middle of a fantastic “The Craft” themed drag performance when a lone shooter enters the club from the back and opens fire on the room, killing a friend named Daddius (Chris Renfro). From this point the rest of the core characters Brodie (Devin Way), Ruthie (Jesse James Keitel), Shar (CG), Julian (Ryan O’Connell), Noah (Johnny Sibilly), Marvin (Eric Graise) and Bussy (Armand Fields) support each other to heal and re-claim a space that no longer feels safe.

During filming of the show in January, a real-life shooting took place in the afternoon on St. Claude Ave. in the Marigny area of New Orleans which shut down production for six hours. As shots were fired from a passing vehicle on the street outside, cast and crew of the show were setting up inside the New Orleans Healing Center where Cafe Istanbul was being used as the interior for a club scene.

“I just thought it was crew loading in or setting up a new scene,” actor Kynt Kenneth Bryan said in a quote to Nola.com. “I am extremely saddened. … I’ve been acting for a very long time on many different productions and have never in my wildest dreams imagined there would be an incident like this.”

As my luck would have it, I had a near-miss with this incident myself having made a rare departure from the house to visit the Food Co-op inside the Healing Center to purchase a slice of king cake. Occupied by my annoyance that the parking lot was flooded with filming crew equipment and vehicles (not new, they’re always filming something here), and the fact that the Co-op was out of king cake entirely, I was later relieved to learn that I’d left mere moments before the shooting took place. Others were not so lucky.

“Queer as Folk” mirrors the violence of New Orleans, which anyone who has ever lived in a city knows is inevitable. But what it also mirrors is New Orleans’ ability to attempt to make the best out of terrible situations way more often than a city should ever have to. Often credited for its resiliency; New Orleans, and especially its LGBTQ community, would love to get to a point where they can just relax without bracing for the next big potentially life-threatening tragedy; be that hurricanes, ridiculously long power outages, daily gun fire, or a lame Pride Board. 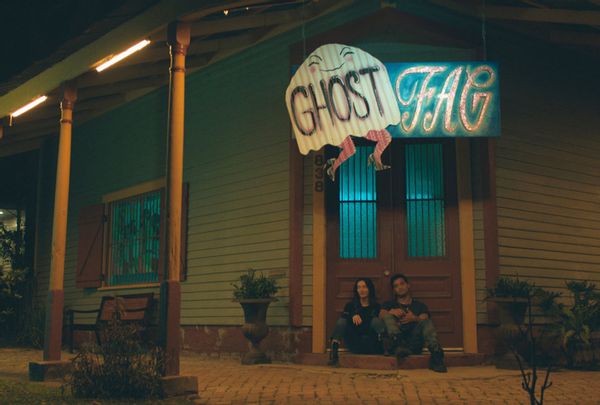 In “Queer as Folk,” still reeling from the shooting at Babylon, the group of friends and lovers we grow close to during this first season create a DIY space called Ghost Fag, which is a tongue-in-cheek reference to hate-crime graffiti they encounter post-tragedy. Mixing different sub-cultures within the LGBTQ scene along the lines of drag culture, punk culture, sex-worker culture, and a mishmash of all of the above, the Ghost Fag scenes reminded me of my favorite gay event I’ve ever attended in New Orleans, which was a party called Big Dick’s House of Big Boobs. Ghost Fag, much like Big Dick’s shows queer life at its best, a room full of loud music, sweaty bodies of every variety, and nary a Catholic leaflet or corporate sponsor to be found. The cast of “Queer as Folk” found hope here, and I found hope watching them find it.

Gigi Hadid Tells All About Her New Clothing Brand, Guest in Residence 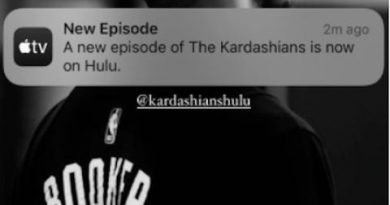