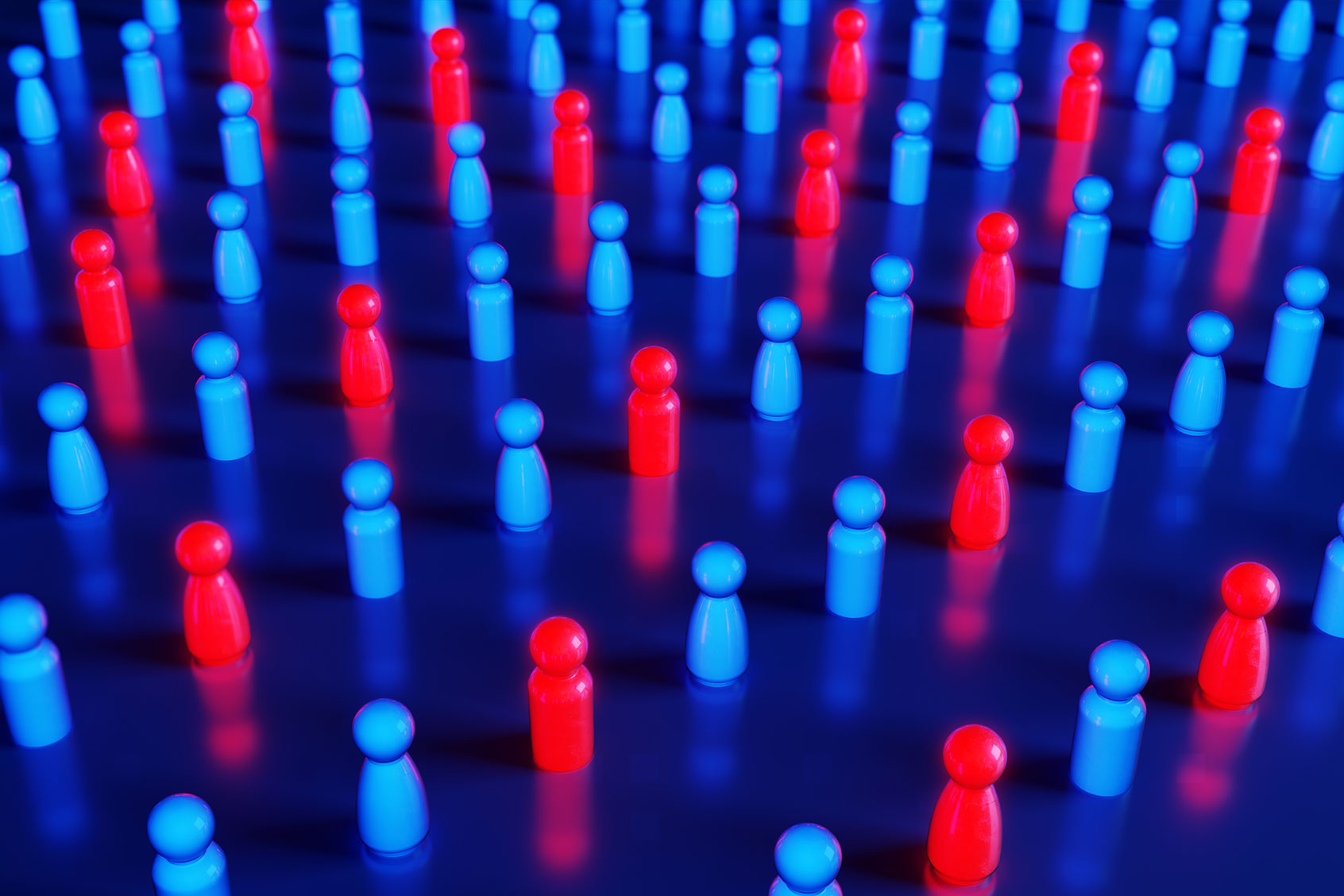 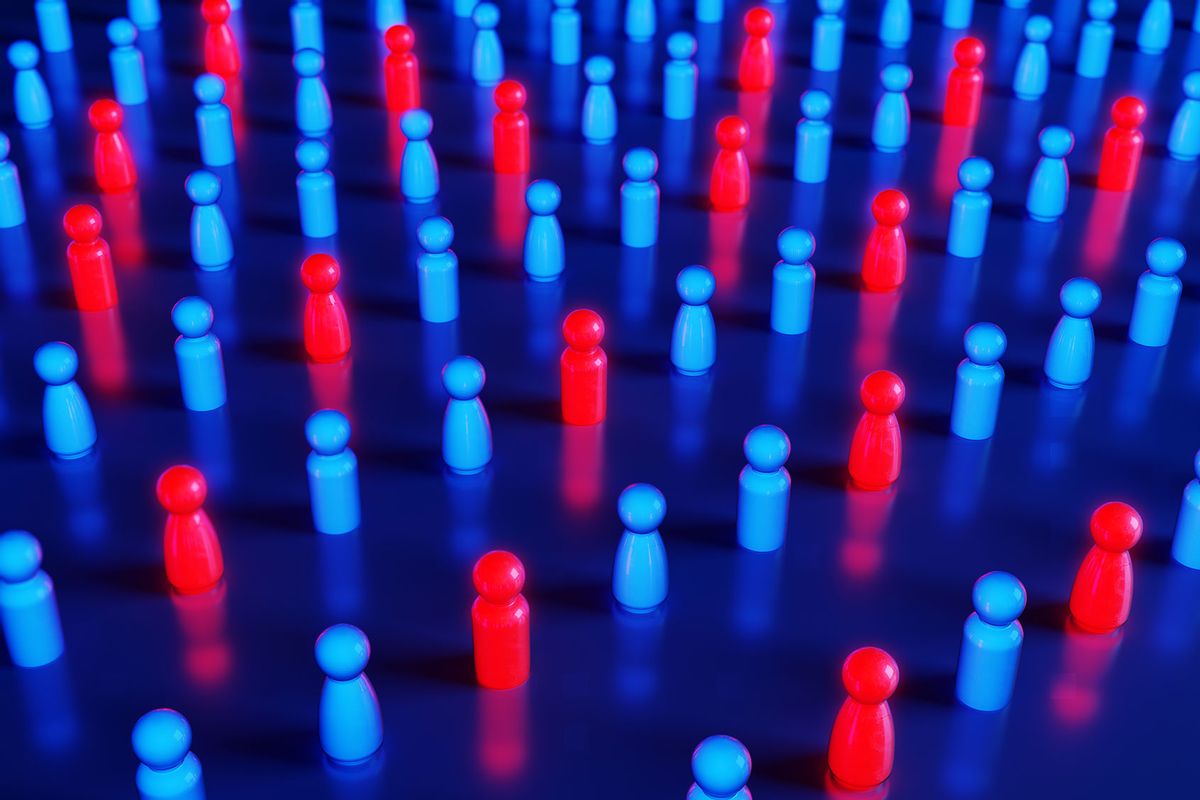 The red-blue divide in American politics extends beyond culture and mask-wearing habits, but also to health. Indeed, residents of Democrat-leaning counties are seeing fewer premature deaths than in counties that vote consistently for Republicans.

That’s according to new research from Brigham and Women’s Hospital, which found specifically that, over the last two decades, a widening gap in mortality rates has been observed between red and blue American counties. While medical experts emphasize that across the board, mortality rates have continued to improve (despite a slight drop in life expectancy that began around 2014 and fell even further during the pandemic) counties that voted for Democrats in presidential elections from 2000 to 2016 saw a faster decline in premature deaths than their Republican-leaning counterparts.

In other words, the “mortality gap” between red and blue counties is growing.

Looking at the 10 most common causes of death, the study published Tuesday in the British Medical Journal found that between 2001 and 2019, the mortality rate gap between Republican- and Democrat-leaning counties saw a 600% increase. (Notably, the study concluded before the pandemic.) Deaths due to heart disease, cancer, chronic lung disease, unintentional injuries, and suicide have largely driven this gap.

Comparing more than 3,000 U.S. counties in all 50 states, the team found that mortality rates decreased by 22% in Democrat-leaning counties but only 11% in Republican-leaning counties, according to the study.

Reflecting on the findings, Dr. Haider Warraich believes that political entrenchment of healthcare access is likely to blame.

With improvements in medicine, as well as social and economic conditions, experts generally expect to see premature deaths decline over time. Life expectancy would increase and mortality rates should decrease; in most wealthy nations, this is exactly the trend that we see. But for decades, life expectancy has lagged in the United States, and now has fallen behind other demographically similarly nations like Canada.

While Dr. Warraich emphasized the difficulty of parsing out exactly what mechanism has caused discrepancies, what is clear is that Americans who reside in counties in which Republican candidates win have the worst health outcomes.

Now it would appear that as political polarization has come to dominate American life, so too have disparities in the regions entrenched in opposing ideologies. While Dr. Warraich emphasized the difficulty of parsing out exactly what mechanism has caused discrepancies, what is clear is that Americans who reside in counties in which Republican candidates win have the worst health outcomes.

Of course, a comparison between a Democrat-leaning urban area and a Republican-leaning rural area runs the risk of conflating a preexisting and deepening disparity. To prevent this, the authors compared politically oppositional counties in comparable regions.

Though authors of the study maintain that direct attribution of Republican politics to worse health outcomes is difficult, the study offers some clues into what might be driving this rising gap, particularly in rural areas.

“We know that over the past 20 years, health policy has become deeply polarized in this country,” Dr. Warraich continued. “One of the flash points for that partnership was the Affordable Care Act, specifically Medicaid expansion.”

Previous studies have shown that Medicaid expansion led to more accessible healthcare and better health outcomes, including lower mortality rates. States that expanded Medicaid also experienced fewer rural hospital closures. Yet the Affordable Care Act’s Medicaid expansion was deeply divided along party lines. Many states that typically vote for Republican candidates did not implement the change despite benefits for the health of their constituents.

That being said, health outcomes are still on the decline for all groups. Although the pandemic certainly took a toll on these gains, Dr. Warraich noted that he and his colleagues found improvements across lines of race and gender, indicating that social, economic, and health policy changes are effective at improving health conditions.

“We should aspire to go back to a time in which the political leaning of where you live has absolutely no bearing on how long you will live,” he added. “For that to happen, we do have to accept the reality that in addition to the usual social drivers of health, politics have also become a significant factor in the state of the health of Americans. It is something that we can avoid, but we do have to face the reality that health is no longer independent of politics in this country.”

Read more on partisanship and health: