This means not all of Kogi’s 63 delegates voted for Bello despite their earlier claim that their votes were for the governor.

Recall that last month, when former Rivers State Governor, Rotimi Amaechi tried to woo delegates from Kogi State, they immediately informed him that there was no way they could vote for him (Amaechi).

Edward Onoja, the Deputy Governor of the State had claimed, “We are 100 per cent for our principal, Governor Yahaya Bello. The governor is young and experienced enough to be the president of Nigeria.”

However, it is evident from the election result that Bello did not get the support of all the delegates, despite lavishing state funds on campaigns before the primary.

The governor had also boasted ahead of the election that he was going to win the election ‘overwhelmingly’ if the processes were credible.

He also failed to withdraw from the exercise despite the demand of his colleagues from the North that an aspirant from the South region should be supported to clinch the ticket.

However, with the 47 votes secured, he had shown his failure to mirror the supposed public appeal and media spending.

The former Lagos State Governor, Bola Tinubu clinched the presidential ticket of the ruling All Progressives Congress for the 2023 general election.

Tinubu polled 1271 votes at the election which was held at the Eagles Square. 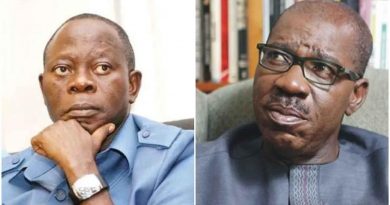