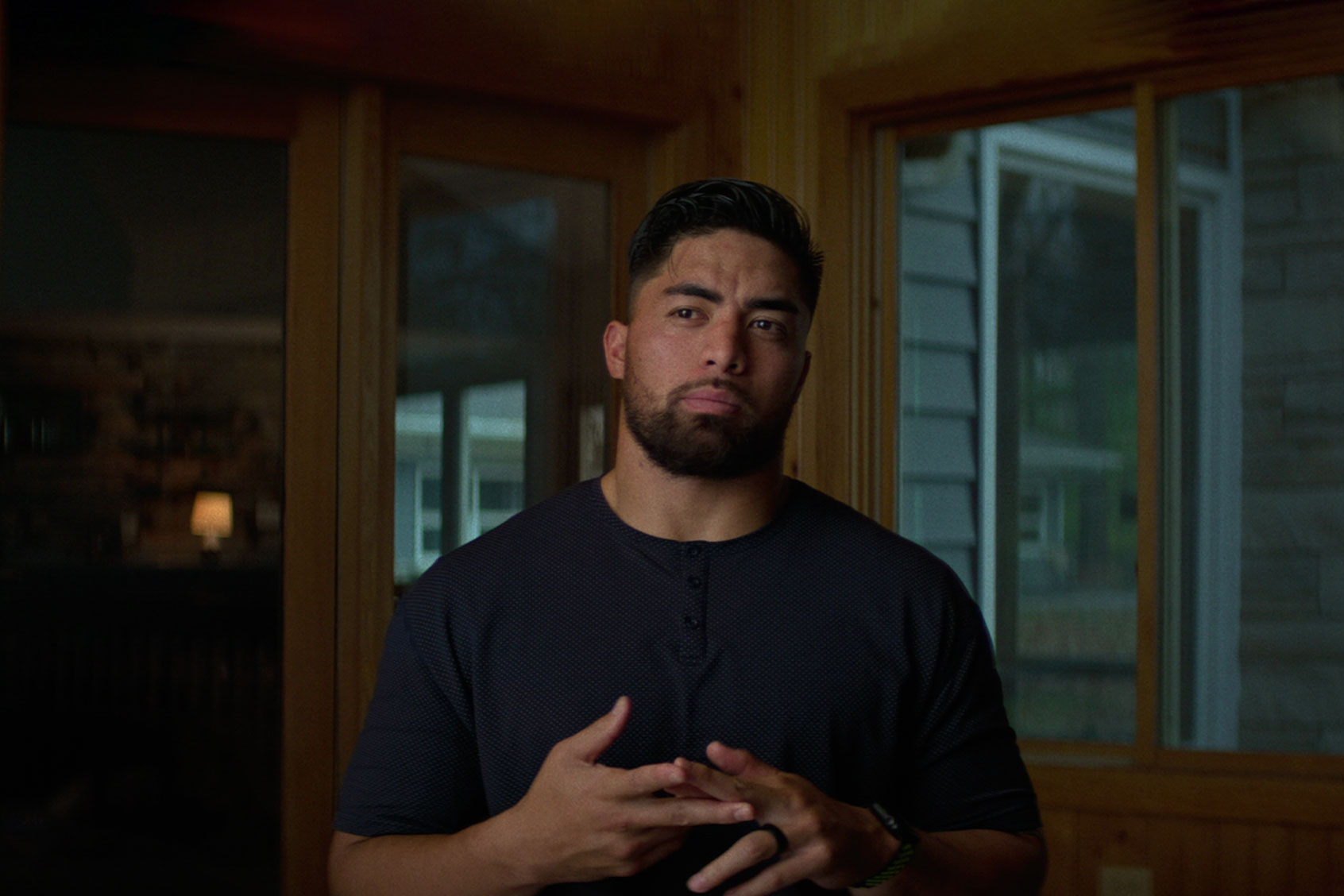 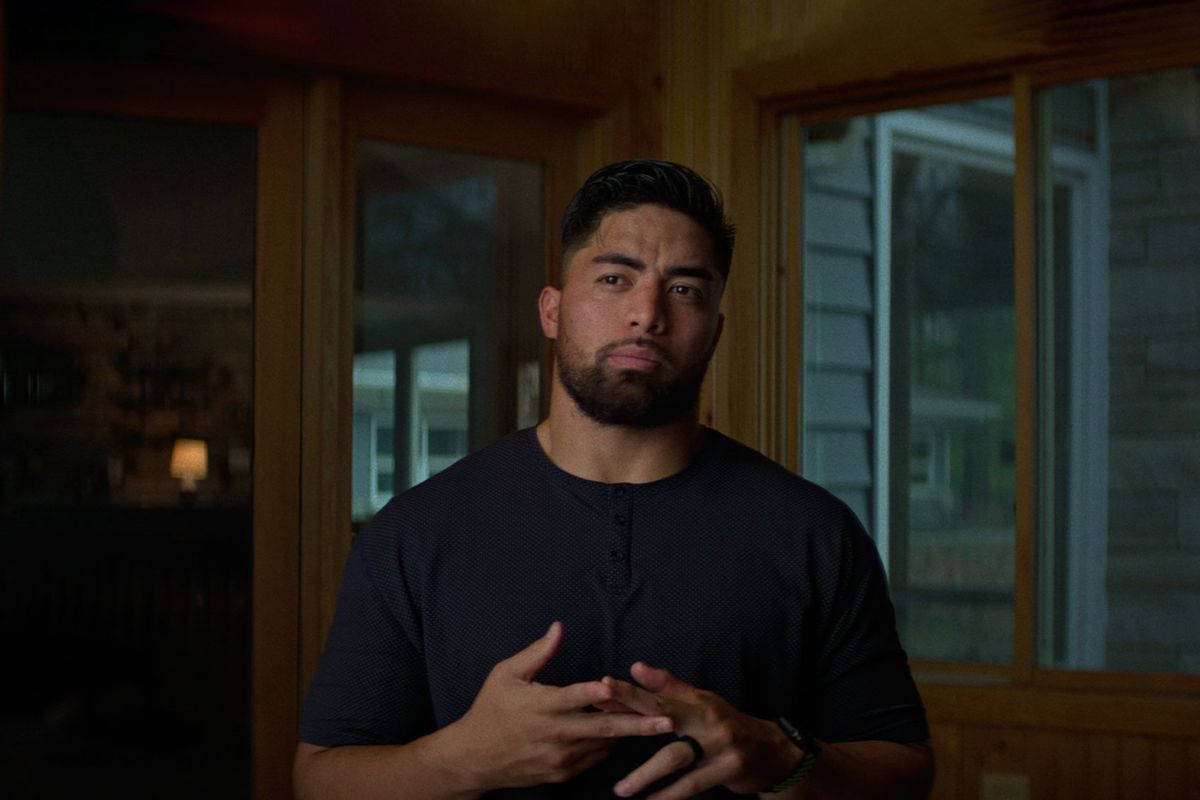 In January 2013, Manti Te’o became one of the most disgraced players in college football history – but it wasn’t for his performance on the field.

Te’o, who was once hailed as Notre Dame’s star linebacker, quickly garnered media attention during the beginning of his career. His heartfelt backstory, which centered on faith, football and family, was seen as admirable and so were his athletic talents, grit and strict sense of discipline.

Everything was going well for Te’o — until it wasn’t. On September 12, 2012, he announced that he had lost both his grandmother and girlfriend, Lennay Kekua, on the same day.

Despite the tragedies, Te’o persevered and received public support and national acclaim. He refused to miss a single game and successfully finished his season, thus fulfilling a promise he made to Kekua before her passing.

But things took a turn for the worse just a few months later, when it was revealed that Lennay was not a real person. In fact, she never was.

The bizarre yet heartbreaking tale is revisited in Netflix’s latest documentary, “Untold: The Girlfriend Who Didn’t Exist.” The hour-long feature spotlights Te’o himself along with his family, friends and the one individual who was behind this entire girlfriend hoax.

Here’s a closer look at the hoax and its outcome:

How the “relationship” started

Lennay Kekua was a fake persona created by Naya Tuiasosopo – who at the time didn’t realize she was a transgender woman – and had gotten in contact with Te’o cousin, Shiloah Te’o, using the same alias. Additionally, the pictures that were used for Kekua’s Facebook profile were of Diane O’Meara, a former high school classmate of Tuiasosopo.

In the documentary, Tuiasosopo explained that she created Kekua while struggling with her own gender identity and sexuality. Although she knew that what she was doing was wrong, Tuiasosopo continued her catfishing, saying it was the only way she could escape from her current hardships.

“I knew what was right and wrong, but I was too far in love with being looked at in this way,” Tuiasosopo explained. “Yes, it was completely selfish, but it was what made me happy. It was what I wanted to be a reality.”

Tuiasosopo and Te’o became Facebook friends in 2009, during his first year as a football player at Notre Dame. For Te’o, conversing with Kekua was comforting because she was the first, real connection he made after moving to South Bend, Indiana. The pair routinely communicated on the app and grew closer after Kekua revealed that her father was sick.

“I felt like I was helping her and that made me feel good as a person. I really fed off of that,” Te’o said in the documentary. “We would talk often. . . . Through those conversations, I started to get to know who Lennay is and what she stands for, what her values are, and I’m like, ‘I like that.'”

Although Te’o and Kekua never saw each other in-person — or over video calls because Tuiasosopo did everything she could to keep her own identity a secret — the pair developed a strong bond that was influential in his career.

“I remember telling him, ‘You have to see the bigger vision. You have to focus, you have to get your mind right . . .You have to start holding yourself to this standard and be prepared,'” Tuiasosopo said of one poignant conversation she had with Te’o . That conversation eventually motivated Manti to continue playing football for Notre Dame during his senior year, even though he qualified for the 2012 NFL Draft.

Almost a year later, Te’o received news from Kekua’s brother (another fake persona created by Tuiasosopo) that Kekua had been in a car accident. Te’o was also told that Kekua was placed on life support and had been diagnosed with leukemia.

Tuiasosopo said the elaborate scheme was an attempt to halt the pair’s relationship and prevent it from progressing any further. Although Te’o grew more emotionally invested in Kekua — oftentimes staying on the phone with her for long hours — a few of his friends and family members grew skeptical of the relationship. One of his close friends, Robby Toma, recalled that he found no records when he tried to look up Kekua’s accident.

“I just broke,” Te’o said, reflecting on that moment. “I walked out of the locker room, and I remember everything kind of came crashing down at that time.” He later disclosed the news to media outlets after a game against Michigan State and commended the support he received from both his family and his so-called girlfriend’s family.

Following Kekua’s death, Te’o continued to stay in touch with Kekua’s family, who were also entirely fabricated by Tuiasosopo. However, his own suspicions grew when he learned that Kekua was not dead during a December 2012 phone call.

“My uncle immediately said, ‘I think you’re getting catfished,'” Te’o recalled. “And that was the first time that somebody ever brought up the term ‘catfish.’ I didn’t know what catfishing was. Even when he explained what it was, I still couldn’t understand what that even entailed.”

The girlfriend hoax was publicly exposed in January 2013 after “Deadspin” reporters Timothy Burke and Jack Dickey published the story, “Manti Te’o’s Dead Girlfriend, The Most Heartbreaking and Inspirational Story of the College Football Season, Is a Hoax.” In the report, Burke and Dickey claimed Kekua is not a real person and revealed Tuiasosopo as the catfisher in question.

Tuiasosopo came forward almost a month later and revealed herself as the ringleader in the entire hoax. As for Te’o he became a laughingstock online as people made fun of him for falling victim to a lone catfisher. Others accused him of organizing the hoax as an attempt to bring more attention to himself and his career.

Following the premiere of “Untold: The Girlfriend Who Didn’t Exist,” Te’o took to Instagram to respond to the outpouring of support he has been receiving:

“As I sit here and think about the journey that it has been to come to this point, I am extremely humbled. I want to publicly thank everyone who has been a part of my journey because you all have played a vital role into me getting to where I am today. To all the people that have supported me and have stood up for me, this one is for you. Thank you for your unwavering love and support. You have no idea what that has meant to me the past 10 years. . . . Thank you for the good people throughout the years that have reached out to show love and support when it was not the most popular thing to do.”

Today, Te’o is an NFL free agent, per USA Today, and is enjoying a quiet life with his wife, Jovi Nicole Engbino, who he married in 2020, and their children. He also recently joined Transcend, a telehealth provider that works with athletes.

“Untold: The Girlfriend Who Didn’t Exist” is currently streaming on Netflix. Watch the trailer below, via YouTube:

Real Madrid missed Mbappe, so whom could they target instead?