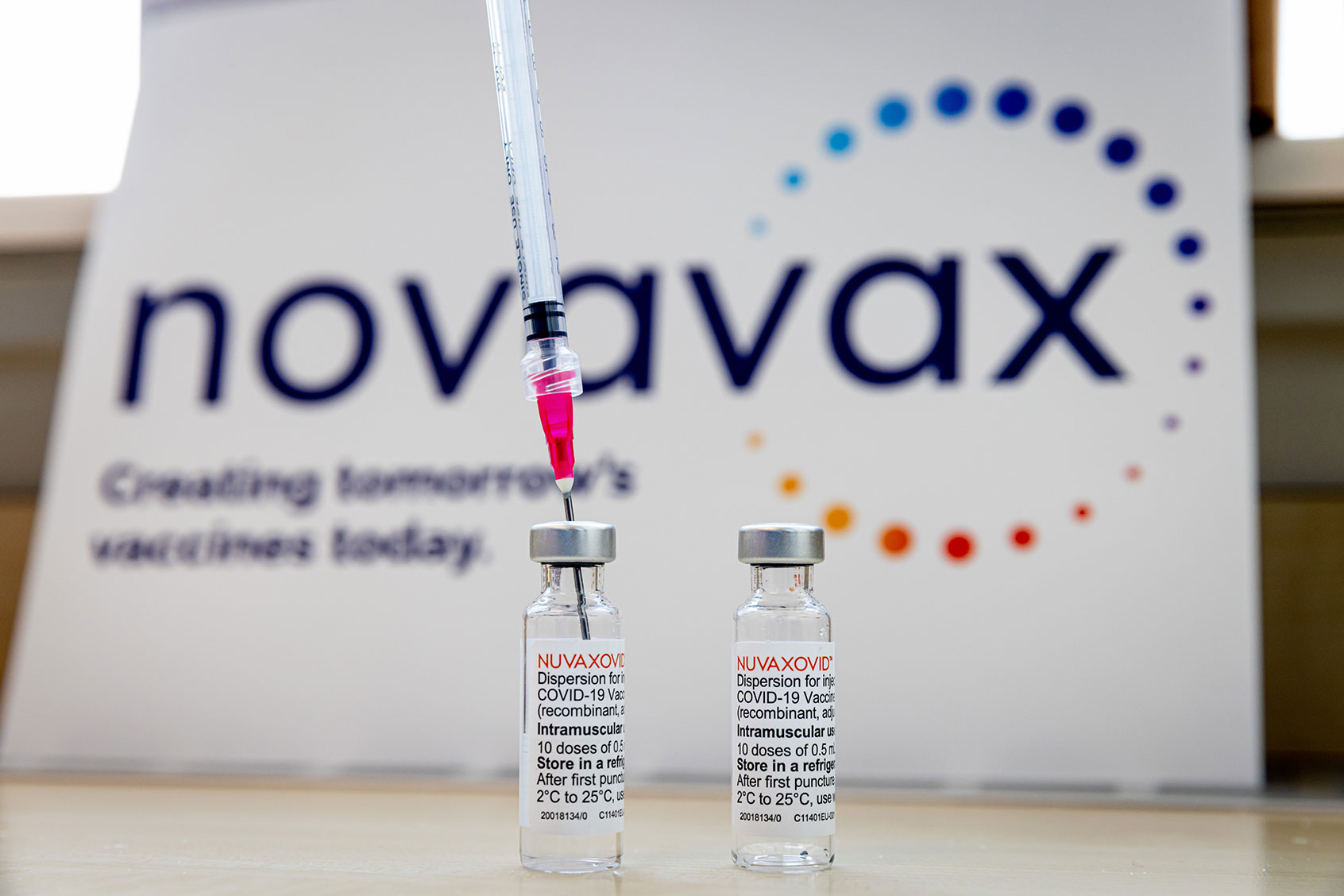 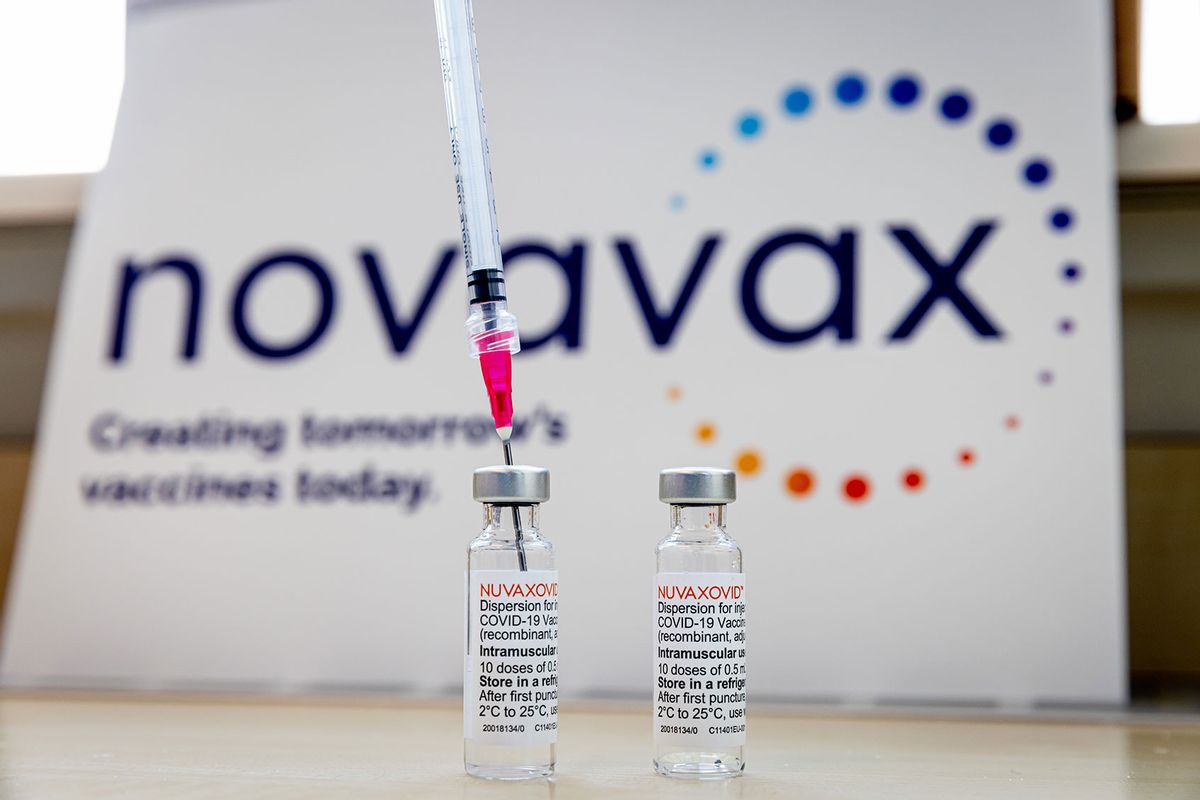 A new COVID-19 vaccine could soon be available to Americans this summer — and the familiar protein technology used to make it may make the vaccine more palatable to those who were wary of mRNA vaccines, experts believe.

On Tuesday, the Food and Drug Administration’s (FDA) advisory committee will meet to review Novavax’s submission for its vaccine, dubbed NVX-CoV2373. If endorsed by the committee, the FDA will likely authorize the shot for adults 18 and over. The move would mark the fourth vaccine to be approved for emergency use authorization in the United States.

Notably, the anticipated approval would make it the first new vaccine to be approved in over a year in the U.S. — and at a time when more transmissible variants of SARS-CoV-2 have become the dominant strains in the United States, which the original vaccines weren’t designed to target. The Novavax vaccine is already approved in the European Union, Canada, South Korea, Australia, New Zealand and Indonesia.

RELATED: Who wants a monkeypox vaccine?

Given that the original strain of COVID-19 has died out, having been superseded by newer, more virulent variants, the announcement of a new vaccine designed to fight the ancestral strain of SARS-CoV-2 might seem odd. Yet experts tell Salon that the Novavax vaccine is particularly exciting given that it may be attractive to people who hesitated to get the mRNA vaccines (which includes Moderna and Pfizer’s shots) due to misinformation and fear. As of June 6, 2022, an estimated 66.7 percent of the U.S. population is fully vaccinated against COVID-19, according to the Centers for Disease Control and Prevention (CDC); that includes 76 percent of adults over the age of 18.

“Unfortunately, some of the other vaccines have gotten maligned by the anti-vaccine movement because they’re not protein-based,” Dr. Amesh Adalja, a senior scholar at the Johns Hopkins Center, told Salon. “This is a protein vaccine, it’s very similar to other vaccines that people routinely get, so maybe those individuals who have been unfortunately swayed by the misinformation about the other vaccines may find this one more suitable.” Adalja added that even though this vaccine is “more traditional,” it is also innovative in its own way.

“Unfortunately, some of the other vaccines have gotten maligned by the anti-vaccine movement because they’re not protein-based,” Dr. Amesh Adalja, a senior scholar at the Johns Hopkins Center, told Salon.

As Salon has previously reported, anti-vaccine conspiracy theorists have spread the misinformation that mRNA vaccines can change a person’s DNA. This is untrue, as the vaccine essentially sends instructions to our immune system on how to recognize the coronavirus’ Spike protein, and fight it. The benefit of mRNA vaccines is that they are easier to produce within a shorter period of time, and easier to modify in the future — hence, their success in the coronavirus vaccine race. As for the Johnson & Johnson vaccine, theirs uses an altered genetic snippet of the SARS-CoV-2 virus inserted in a cold virus such that it produces the coronavirus’ Spike protein, though it cannot make a person sick because it cannot replicate in the body.

As Adalja noted, the Novavax vaccine is different from Pfizer and Moderna’s mRNA vaccines and Johnson & Johnson’s adenovirus vaccine because it uses a protein technology. This means that the vaccine already contains a replica of the Spike protein that was created using moth cells, and an adjuvant which revs up the immune system. Since the Spike protein is already in the vaccine, it doesn’t have to be manufactured in a person’s body by one’s own immune system. According to the results of Novavax’s 30,000-person trial,  the vaccine is 90 percent effective against symptomatic COVID-19 infections, and 100 percent protection against moderate and severe disease. Notably, these numbers were calculated prior to the omicron variant era of the pandemic.

Like Adalja, Monica Gandhi, an infectious diseases specialist and professor of medicine at University of California–San Francisco, said she’s hopeful that if the vaccine is approved it will be attractive to people who were vaccine hesitant — and “any adult who has declined the other vaccines for some reason,” Gandhi said. She also opined that it would make “a really good booster” for the segment of the population that is already vaccinated.

Indeed, while those who are fully vaccinated won’t be the ones lining up to get vaccinated again — and while the approval would only be for an initial vaccination series — some experts are hopeful that the Novavax vaccine could be used as a future booster.

“The reason I’m intrigued by the Novavax vaccine booster is because the Novavax vaccine is the actual protein, and it’s a much longer piece of the protein, and also includes what’s called the receptor binding domain,” Gandhi said. “And that part of the receptor binding domain actually tends to be pretty conserved across variants, so that piece of the Spike protein doesn’t change as much.”

As an example, Gandhi noted that in the omicron variant, the receptor binding domain remains the same — despite its 32 mutations compared to the primordial virus.

But at this point, would the country be better off with new vaccines that actually target new variants? The omicron subvariant BA.2 is far more transmissible than previous variants like delta and alpha, and vaccine efficacy seems to wane with each subsequent variant.

Adalja said the answer to this question depends on what the goals are for vaccinations.

“If our goal is to prevent severe disease, hospitalization and death, vaccines directed against ancestral strain are holding up really well,” Adalja said. “But if you’re trying to prevent infections, then they’re clearly not able to do that as well as they once could in the age of omicron.”

If the goal is to completely block transmission, Adalja believes future vaccines targeted at specific strains might be most effective.

“I do think that an update to the vaccine to be better targeted at the variants that are circulating should be a goal,” Adalja said.

An FDA analysis of Novavax’s documents did raise concerns about the risk of myocarditis and pericarditis associated with the vaccines; those condition have also both been associated with the mRNA vaccines. Yet, the FDA appeared to be optimistic about how it would hold up with today’s variants.

“Relevant data to assess effectiveness of [the Novavax vaccine] against the Omicron variant and sublineages, including observational data from use in other countries where the vaccine has been deployed, are currently unavailable,” the FDA wrote. “However, based on the efficacy estimate in the clinical trial of this vaccine, it is more likely than not that the vaccine will provide some meaningful level of protection against COVID-19 due to Omicron, in particular against more severe disease.”

“A fascist march on the country for 5 years”: How the Proud Boys got away with it for so long

Latinx beauty looks like a sleek bun, penciled-in brows, and dark lip liner. It looks like sharp, winged eyeliner and