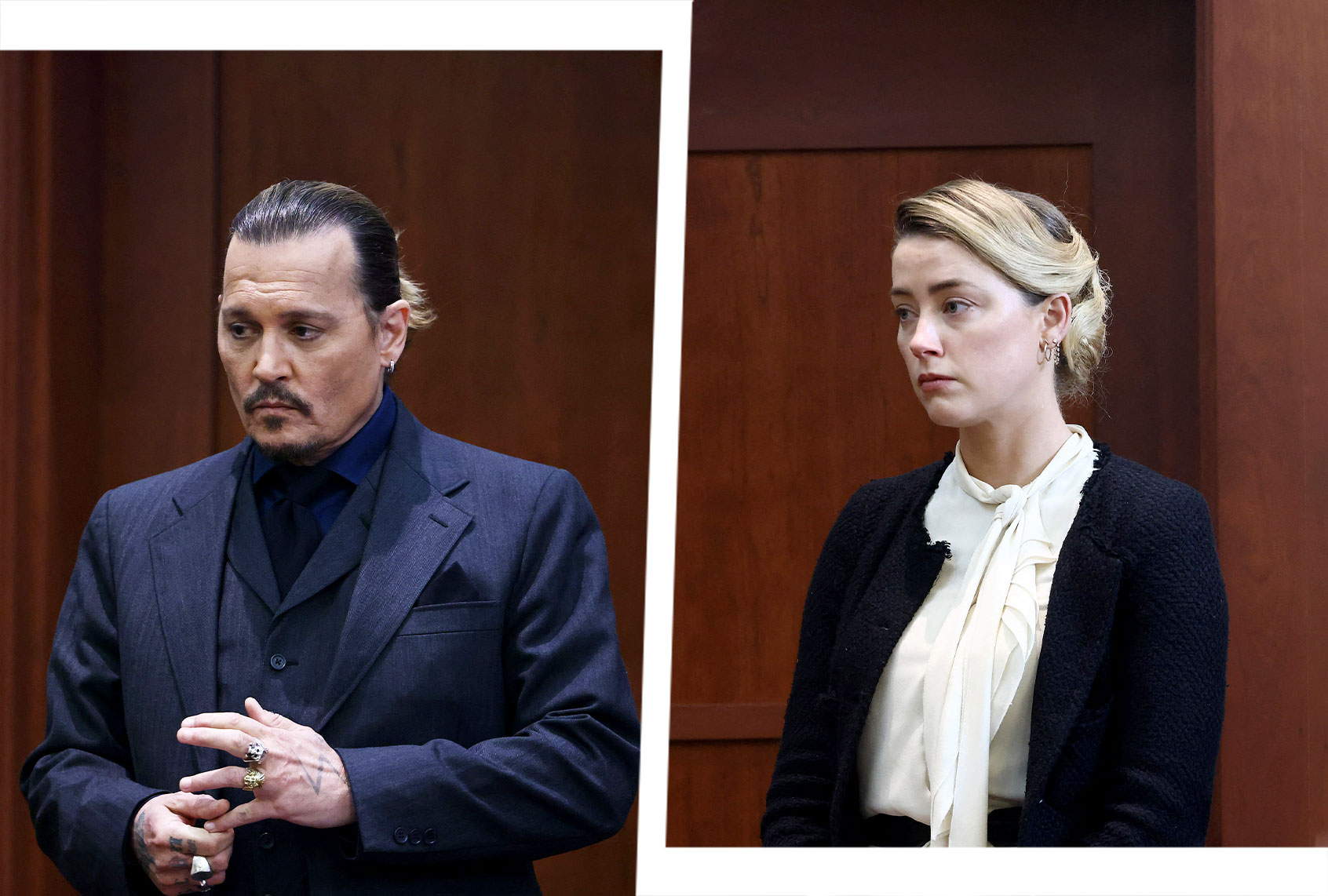 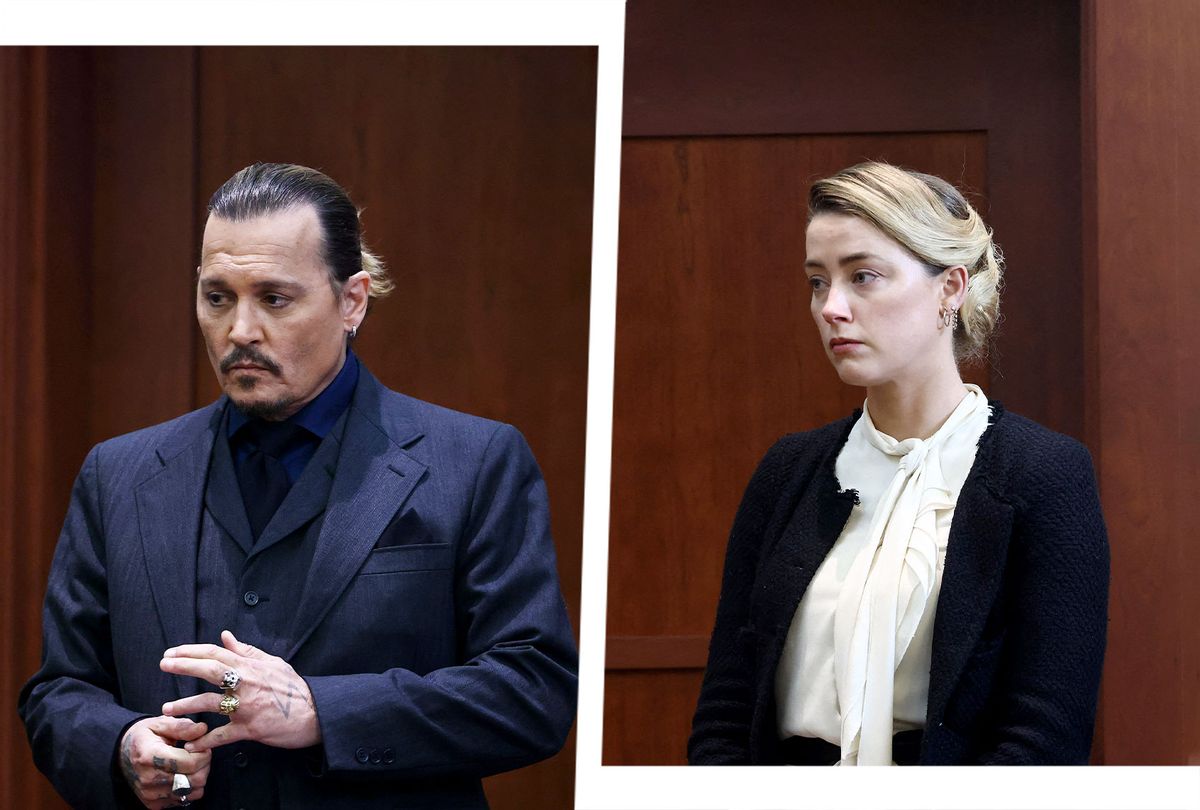 Over the long holiday weekend, and into the start of Pride Month, followers of the Johnny Depp and Amber Heard trial have been keeping a watchful eye for the held-over jury to return with a verdict. Wednesday afternoon that verdict was handed down in favor of Depp.

“The disappointment I feel today is beyond words,” Heard wrote in a statement after the verdict was delivered. “I’m heartbroken that the mountain of evidence still was not enough to stand up to the disproportionate power, influence, and sway of my ex-husband.

“I’m even more disappointed with what this verdict means for other women. It is a setback. It sets back the clock to a time when a woman who spoke up and spoke out could be publicly shamed and humiliated. It sets back the idea that violence against women is to be taken seriously.”

Just as the verdict itself was in favor of Depp, many reactions shot off on Twitter skewed in that direction as well.

The official Twitter account for the House Judiciary GOP reacted to the verdict with a fan GIF of Depp as Captain Jack Sparrow from the “Pirates of the Caribbean” films.

Trump-endorsed author, Nick Adams, calls the verdict, “A win for all men who have been wrongfully accused of sexual assault.”

Pop culture commentator, Andy Signore, posted a screenshot of Heard’s statement with photoshopped red editor’s “corrections,” referring to her evidence as “lies” and Depp’s power as “the truth.”

Comedian Andy Milonakis quips that Heard, “seems like the type of girl that would call Johnny Depp after the lawsuit is over and see if he wants to get back together.”

Host of “Human Rights,” Jack Posobiec, calls for the ACLU to apologize to Depp.

Even Donald Trump Jr. is celebrating Depp’s win, echoing Chris Rock’s joke, “Believe all women . . . except Amber Heard,” and adding, “$15,000,000 in compensatory and punitive damages to Depp, and perhaps a case that could end the effective rabid femminist notion that all men are guilty before being proven innocent that we’ve seen as of late.”

Depp, basking in the support, posted a statement on Instagram after the verdict reading, “Six years later, the jury gave me my life back . . . I hope that my quest to have the truth be told will have helped others, men or women, who have found themselves in my situation, and that those supporting them never give up.

“I also hope that the position will now return to innocent until proven guilty, both within the courts and in the media. . . .The best is yet to come,” he adds.

While the reactions in favor of Depp make the weight of the jury’s verdict feel extra heavy, those who are coming forward in support of Heard show signs of hopefulness that women who bravely come forward to speak out against their abusers aren’t always up against a seemingly immovable wall of justice.

I can’t stop snacking on this matzo toffee

Alexis Williams Is Conquering the World One Step at a Time

IN is the right one.

It is "Men from Suit" Bill gate don't speak this

Men in suit is the correct answer

I think its ehnnn, let me think ehnnn. I think its suit in men. Abi ? Please o correct me if I am wrong o. I didn't finish school.

● My father my fighter, Power assigned to attack me with problems without no solution, backfire in Jesus name

● My father! Any demonic powers fighting organs in my body, die in the mighty name of Jesus

● My father my maker, Release my healing angels; to carry out medical emergency surgery in my life in Jesus name

● My father my maker, Powers/spirits connecting me and my household to household battles and alters; we detached ourselves from you now by fire in Jesus name

● Henceforth oh God, Let your Holy ghost fire; overshadow my life and my household, in the mighty name of Jesus amen

JUST IN!!! Mercy Chinwo's Husband And Banky W. If you see something, say SOMETHING. 😳😳😳 ... See MoreSee Less

Okay ohh, no be who holy really holy oh

This generation mind your business, that's why bubu call you lazy youth, put eyes on people affair n you forget your own.

There are many things in that your Uromi to see and talk about yet you chose to see a Banky W and a Mercy Chinwo's husband many miles away. Na wa for you.

What's about the hand shake

And so…my friend mind ur business and don’t dig out something from nothing.Be more productive positively

So because some miscreants decides to adopt the handshake as a code means people cannot innocently lock hands for a photo shoot Abi??this is really an unnecessary post

You no get work. Celebrate with those celebrating. Their hand shake no be your business.

Any issue with that???

You guys don’t really understand our people. That land is controlled by occultic men, they control the politics, the church with their cliques, they control almost everywhere. Cult men don’t really fully repent, they only go to church, pastor a church etc but they are wholeheartedly committed to their circle, connections and benefits that comes with their members in high places.

So how many millions have entered ur account for making this post ,,,, mtchewwwwww, When people are thinking of things that are making life better , some people are always thinking of how to bring others down , what is now ur business with that hand shake ? Wetin concern una 🤷‍♂️

Nigeria with their wahala again, pls mind your business poster

Witchcraft is when you see people happy or celebrating, you are unhappy, you are looking for how to spoil their joy. This place is not coven ooo...know the difference.

My mind nor tell me say this marriage go last

Blame the chickpeas. See, it all started with Courteney Cox’s 2010 interview with the Los Angeles Times. The actress told