Governor Nyesom Wike of Rivers State has said that he failed to secure the Peoples Democratic Party’s presidential primary because of his colleague, Aminu Tambuwal of Sokoto State, who was allowed to return to the podium to announce his withdrawal from the race.

Wike made this known on Monday at a reception in his honour at the Government House in Port Harcourt following his return to the state after the primary in Abuja.

“I have never seen how people can violate procedures and guidelines. Somebody has spoken; it is at that point he was speaking that he would have said; I am withdrawing. You don’t call him back,” Wike said. “I just said, ‘Look, this our party must not be destroyed.’ It is God’s will, let us not bother ourselves so much,” Wike added.

He went on to accuse governors of the southern region of betrayal.

“Shame to those who will sell out their own; I have never seen a thing like that. No wonder we cannot move on with development. Look at, a region ganged up. Then, your own region cannot gang up,” Wike argued.

Abubakar defeated 12 other candidates in a keenly contested presidential primary held at the Moshood Abiola Stadium in Abuja on Saturday.

Of the 767 accredited ballots at the election, he polled 371 votes while his closest challenger, Wike, came second with 237 votes.

The only female in the race, Oliver Diana, and another contestant, Sam Ohuabunwa, scored one vote each.

The other contestants – including former Governor Ayodele Fayose and Magazine Publisher, Dele Momodu – got zero votes. 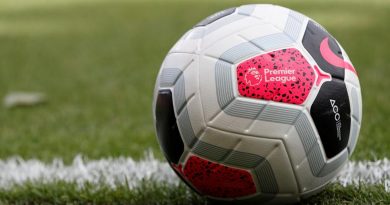 Presidency Is Not An Inheritance Or Traditional Title, Fayemi Dismisses Claims Of Betraying Tinubu