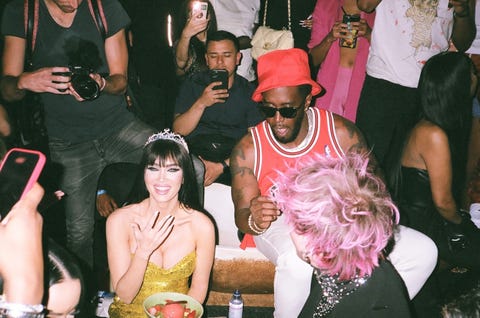 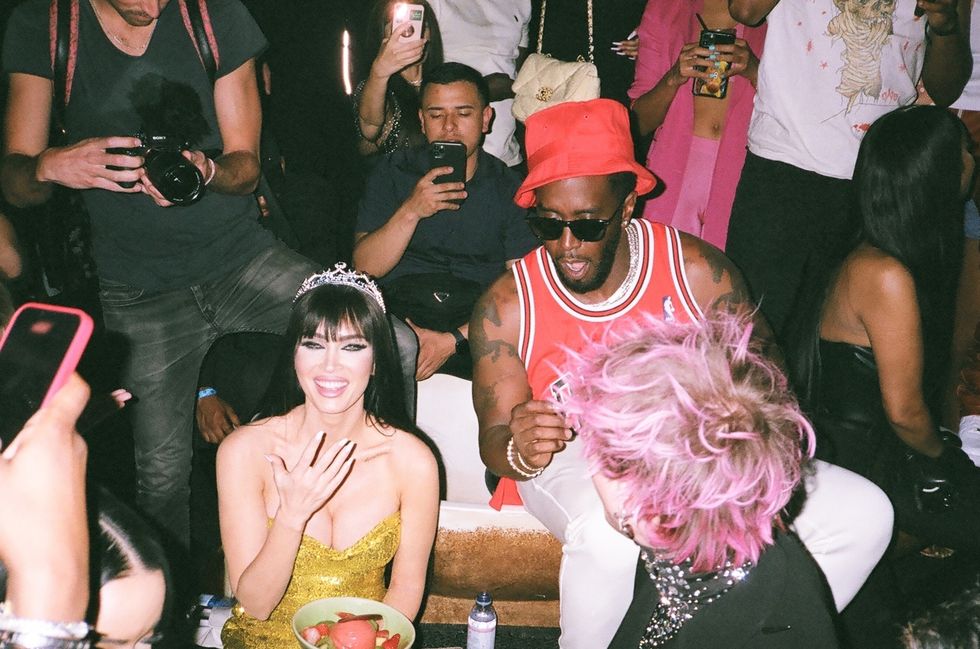 Megan Fox and Machine Gun Kelly had a headline-making weekend in Las Vegas, where Kelly got extra attention for sparking marriage and pregnancy speculation during his Billboard Music Awards performance. He dedicated his “Twin Flame” number to his “wife” and “our unborn child.” Their reps did not confirm the engaged couple was expecting or secretly married, and the two went on to party and celebrate Fox’s 36th birthday while at Tao in the Nevada city. Photos of Fox at the party show her all dressed up in a glittery gold dress and silver tiara:

A source told Page Six that Fox “didn’t drink alcohol all night.” When she got to the party, she “immediately hit the dance floor,” a source said.

The outlet noted that while Fox’s not drinking could add to pregnancy rumors, Fox herself explained she gave up alcohol in 2009.

“Now I don’t drink and this is why [I drank too much at the 2009 Golden Globes],” she told WhoWhatWear in July 2021. “I was belligerent and said a bunch of shit I shouldn’t have said on the red carpet after that. But I think I got into a lot of trouble for whatever I said on the red carpet at this event. I don’t remember why, but I know that I did. You can look that up.”

Fox wrote about her time in Vegas on her Instagram in a post dedicated to Kelly and his performance. “Billboard 2022. Baby- so proud of you for giving such a vulnerable and emotional performance. You are magic????????,” she shared. “Also Vegas it’s been nice but you are my version of the innermost ring of hell. Off to the wilderness for my birthday No one talk me for a week ????”

Kelly posted a birthday tribute to Fox yesterday. “wishing the happiest birthday to my ethereal light being. i love you maki ????❤️????????” he wrote.

Don’t forget to sterilize your canning jars — here’s how