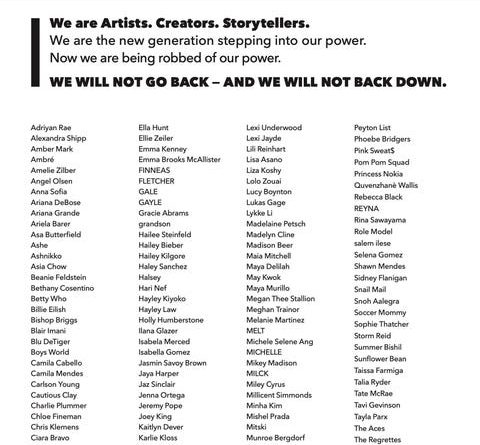 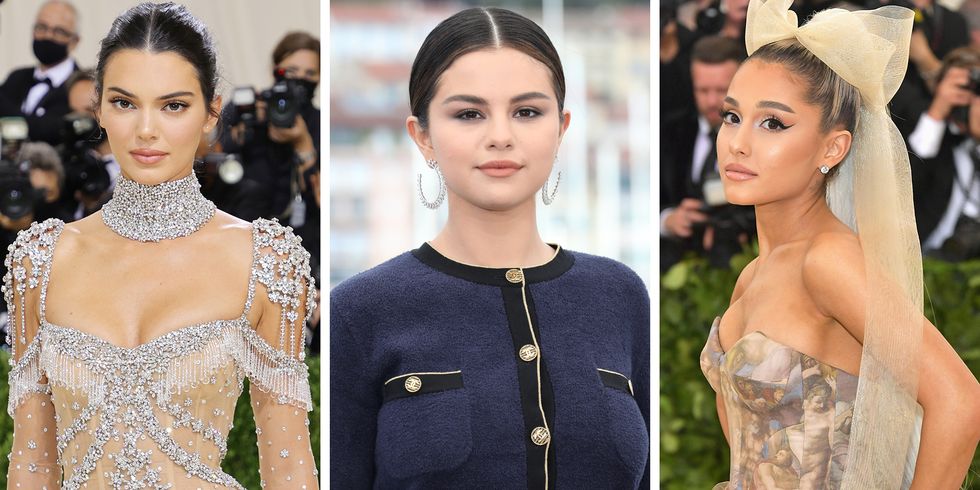 With the Supreme Court likely to overturn Roe v. Wade this summer, the landmark case that established the constitutional right to abortion, some of the nation’s biggest and most influential stars have come together to fight for abortion rights and speak out against the Court’s decision.

“The Supreme Court is planning to overturn Roe v. Wade, taking away the constitutional right to abortion,” the ad reads. “Our power to plan our own futures and control our own bodies depends on our ability to access sexual and reproductive health care, including abortion. We are Artists. Creators. Storytellers. We are the new generation stepping into our power. Now we are being robbed of our power. We will not go back—and we will not back down.”

The ad comes nearly two weeks after a leaked draft opinion showed that the Court will vote to overturn Roe. While abortion is currently still legal in the United States, if the decision is published as is, 26 states are expected to ban abortion, and millions of people across the nation will no longer have abortion access, with low-income people and Black and brown people being disproportionately affected. Even without the potential Supreme Court decision, this past year has been devastating for abortion rights: Texas and Oklahoma currently ban most abortions at six weeks, before most people even know they’re pregnant. The Guttmacher Institute reported that 2021 was “the worst year for abortion rights in almost half a century.”

In the wake of the leak, several of the ad’s stars have spoken out about the potential end of Roe, either in social media or in real life. On Instagram and Twitter, Bridgers shared that she had an abortion in 2021 while she was on tour. “I went to planned parenthood where they gave me the abortion pill,” she wrote. “It was easy. Everyone deserves that kind of access.”

Rodrigo also spoke out onstage during the Washington, D.C. stop of her SOUR tour. “Because we’re in D.C., I couldn’t pass up the opportunity to say how heartbroken I am over the Supreme Court’s potential decision,” the singer told the crowd. “Our bodies should never be in the hands of politicians. I hope we can raise our voices to protect our right to have a safe abortion, which is a right that so many people before us have worked so hard to get.”

The ad is running prior to Saturday’s Bans Off Our Bodies Day of Action, where people will gather across the country at rallies and marches in support of reproductive rights. The day’s actions are being organized by Planned Parenthood organizations, Women’s March, UltraViolet, MoveOn, Liberate Abortion, SEIU, and other national partners. If you’d like to participate, you can find an event in your area at BansOff.org.

Will America see a major renewal of the middle class? We know it can be done

Astrid Stawiarz Whether you’re a spokesperson for damaged hair (it’s bleached, it’s curly, it spends too much time around flat