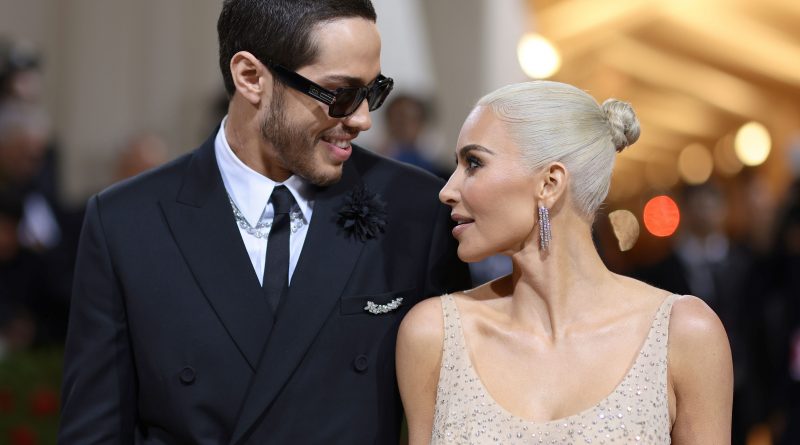 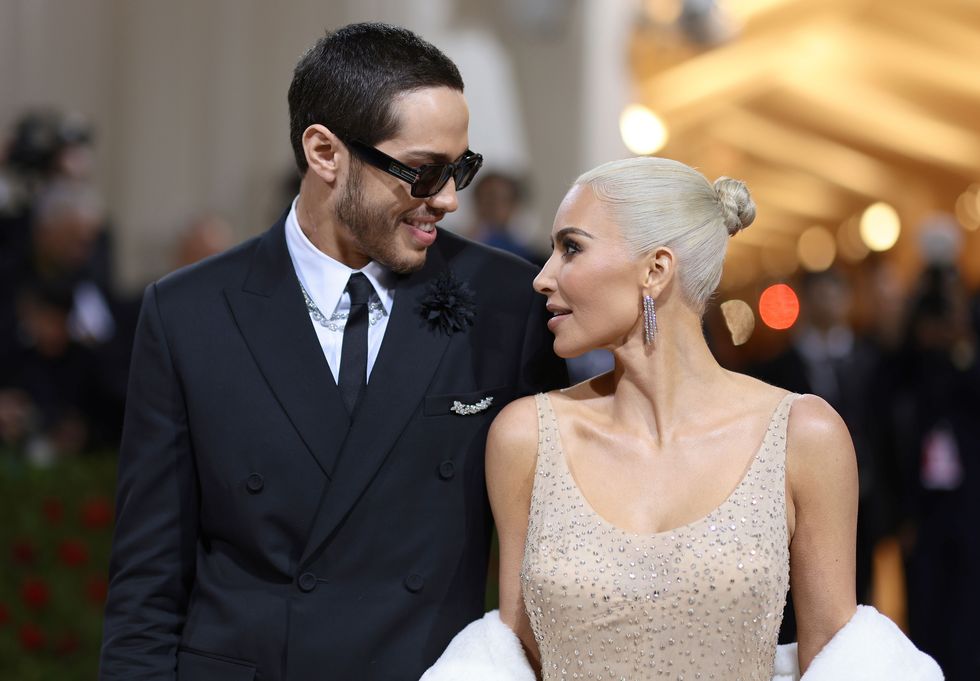 The Kardashians has finally made it chronologically to the start of Kim Kardashian and Pete Davidson’s romance, which kicked off last fall. And while Davidson did not and will not appear on camera during the show’s first season, Kim made her first reference to him in the show in this week’s episode.

It’s a telling look on why their relationship after Kim’s SNL hosting stint blossomed into the serious partnership it is today. (Davidson has gotten multiple tattoos in honor of Kim and was literally branded with her name.)

The episode documented the end of October, including the time Kim was seen holding hands with Davidson at Knott’s Scary Farm in Buena Park, California, during Halloween weekend. At the time, a source told People that the hand-holding was totally platonic. “They hang in the same circles so they will be together from time to time,” a source said at the time. “It’s just friends hanging out.”

Kardashian spoke early in the episode about why things with her ex-husband Kanye West weren’t working out.

Her sister Kourtney Kardashian said to her, “Khloé’s like, ‘I don’t know if I’m ready for single Kim.’” Kim asked why and what “single Kim” even means. Kourtney went on to ask how things were with West.

“He did an interview last night saying that SNL got me to say that I divorced him. I came prepared with my monologue, and that really upset him,” Kim replied. “And I showed him the monologue, but he said he never read it. He just didn’t read the text and you know, Kanye had a hard time with what I said. He was like, ‘I haven’t signed the divorce papers.’”

“I don’t know. I ask him all the time. He says he will and then he’s like, ‘Well, I don’t want a divorce so I’m not going to sign it.’ I’m very sure now,” Kim said of her decision to end her marriage to West. “I knew it had to be done when I filed because I just knew it wasn’t the right situation for me and now I feel super good.”

“I get it,” Scott replied, laughing too. “I look at all the comments, and everyone’s like, the guy is f*cking nice,” he added, referring to Davidson.

“Surely the sweetest, nicest human being on the planet,” Kim said.

“But aren’t you just having a good time?” Disick asked.

“I’ll tell you guys later,” Kim replied with a smirk as they were on camera, “We’ll talk later.”

In a separate confessional, Kim is filmed texting with a big grin on her face. A producer asked, “Who are you texting, Kim?”

She laughed and replied, “Leave me alone.”

“That’s a big smile,” the producer added. “Does his name rhyme with feet?”

Kim told Variety earlier this year that the family’s reality series will explain how her romance with Davidson came about even though he’s not on camera. She’ll address “how we met and who reached out to who and how it happened and all the details that everyone wants to know. I’m definitely open to talking, and I definitely explain it.” 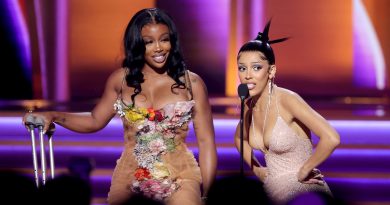 SZA Climbed The Grammys Stage On Crutches, With Help From Lady Gaga