There was always going to be a period of adaptation. Ricardo Pepi is 19 years old. He was 18 when his $20 million transfer to FC Augsburg was confirmed. Prior to his breakout 2021 season with FC Dallas, he’d played just 528 minutes in Major League Soccer.

To expect the United States men’s national team forward to saunter into the Bundesliga and carry on performing as he had in North America, where he directly contributed to a goal every 140 minutes last season, was unreasonable — although such a transfer fee virtually guaranteed those expectations. However, four months into Pepi’s European career and with just one game remaining in the 2021-22 campaign, against SpVgg Greuther Furth (Saturday at 9:25 a.m. ET, stream live on ESPN+), did anyone envision him still being goalless after 11 appearances and 475 minutes played?

“Being on a run of 23 games without scoring [with Augsburg, the USMNT and Dallas], it’s clear that at some point the barren spell becomes a confidence issue,” scout and former AS Monaco sporting director Tor-Kristian Karlsen told ESPN. “The weight on his shoulders of the transfer fee might also be playing its part.”

ESPN’s lead Bundesliga commentator, Derek Rae, also noted Pepi’s lack of confidence, saying he has cut a lonely figure on the pitch. “That stands in contrast to the confident, mature-beyond-his-years impression Pepi left on everyone upon his arrival in the Fuggerstadt,” he added.

As Rae suggested, Pepi’s start to life in Germany was a positive one. He was “confident” and “lively,” according to Karlsen, in his Jan. 16 debut against TSG Hoffenheim, despite the 3-1 defeat. However, that 30-minute substitute appearance “possibly goes down as his high point on the pitch so far,” Rae said.

So what’s gone wrong for Pepi in his first half-season in Germany? And what, if anything, has gone right?

Where there is room for improvement

Right off the bat, let’s get this rather large caveat out of the way. Only on Sunday night did Augsburg finally stave off the threat of relegation and confirm their place in the Bundesliga next season. With the threat of missing out on first-division football in 2022-23, FCA were never going to be particularly enthusiastic about putting their faith in a teenager, never mind one still adapting to European football, lacking in confidence and end product. That can go some way to explaining his featuring in just 33% of Augsburg’s total minutes since joining the club in January.

More tangibly, there are three areas in which Pepi’s struggles have manifested themselves: his movement, his lack of touches and his inability to assert himself physically. “More than anything, he needs to get into the flow of the games,” Karlsen said. “At times he’s chasing shadows and entering the action a split second too late, as if he starts his movements only at the moment the ball is being played.”

That inability to anticipate opportunities lends itself to a lack of touches. Pepi is averaging 32.9 touches per 90 minutes, compared with 41.2 per 90 from Michael Gregoritsch, the Texan’s primary competition for Augsburg’s center-forward berth. The fact that Pepi and Gregoritsch have relatively comparable figures in the opposition penalty area (3.4 per 90 for Pepi, 4.0 for Gregoritsch) suggest the Dallas academy graduate’s lack of involvement is coming in the buildup phase. That’s echoed by Pepi’s 18.1 pass attempts per 90, contrasted against Gregoritsch’s 25.5.

Finally, despite what many American fans may feel is a modest 6-foot, 163-pound frame, Pepi has the build to impose himself physically on opposition defenses. Karlsen noted that the U.S. international is winning just 19% of his aerial duels with Augsburg, down from 35% in Dallas last season.

The foundations Pepi can build on

It’s not all doom and gloom, though. Despite the fact that Pepi has been an unused substitute in two of Augsburg’s past three games, there are signs of the beginnings of a turnaround.

Beyond the relegation battle Augsburg found themselves in, there are suggestions that Pepi has prioritized responsible play as a means of earning his on-field opportunities “Last month, manager Markus Weinzierl conceded that Pepi doesn’t get a lot of freedom in the Augsburg system to just wait up front and look for a moment to pounce,” Rae said. “He has to do a copious amount of defending, too, which Weinzierl has praised him for.”

Karlsen also took notice of the forward’s off-the-ball contributions, calling specific attention to his pressing game and his defensive inputs, particularly from set pieces. He also noted that the El Paso native appears to be growing more attuned to the movements of his teammates, and better prepared to anticipate them.

Where he goes from here

If there is a refrain when discussing Pepi’s steep learning curve in the Bundesliga, it’s “patience.”

One of the biggest considerations young players have to take into account when weighing up a move from MLS to Europe is circumstance. As former U.S. international Michael Parkhurst, speaking from personal experience, once put it: “It’s all about getting in the right spot. You could go to England and be in a great team in a great spot, or you could go to England on a terrible team where you’re fighting relegation and the coach doesn’t like you.”

The risk was there from the moment Pepi signed with Augsburg. This was a club flirting with relegation upon his arrival in January; when the pressure rose, would the opportunities still be there? Not to the degree most fans on this side of the Atlantic would’ve liked.

But with another season in the Bundesliga secured, Augsburg can regroup in the summer. Pepi can unplug, recover and return for a full preseason of integration, better prepared for another season in one of Europe’s Big Five leagues.

“It is a very hard, but tremendous school,” Rae said of the education Pepi is receiving at the WWK Arena. “He’ll benefit from it in the long run, even though it may not appear that way to some now.

“Everyone, especially U.S. fans, simply have to be patient. He made this move for a reason.”

Berhalter justified with USMNT on brink of World Cup berth 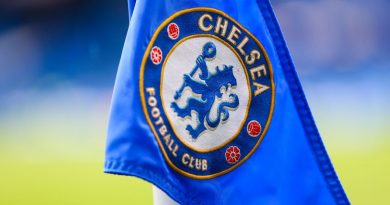