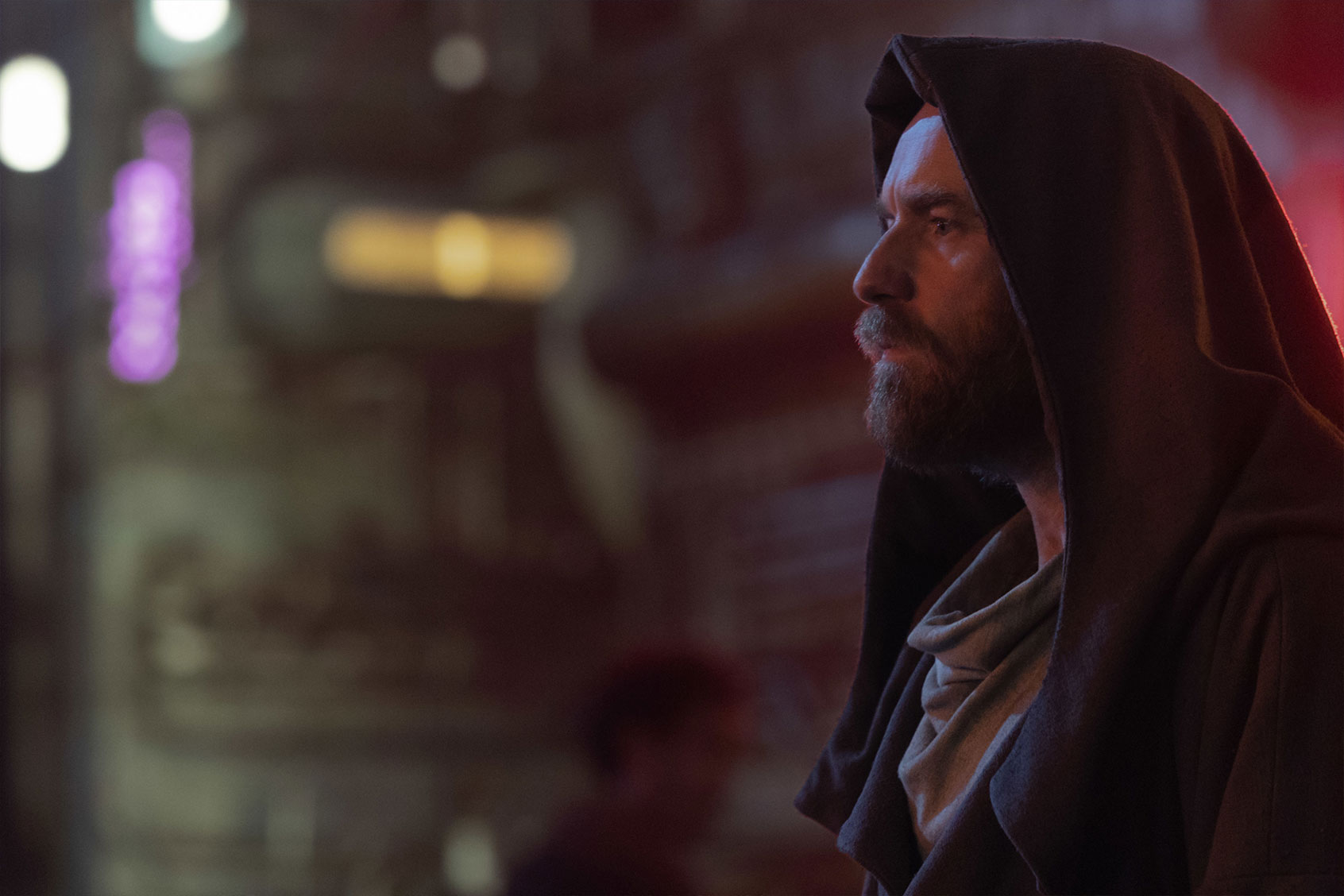 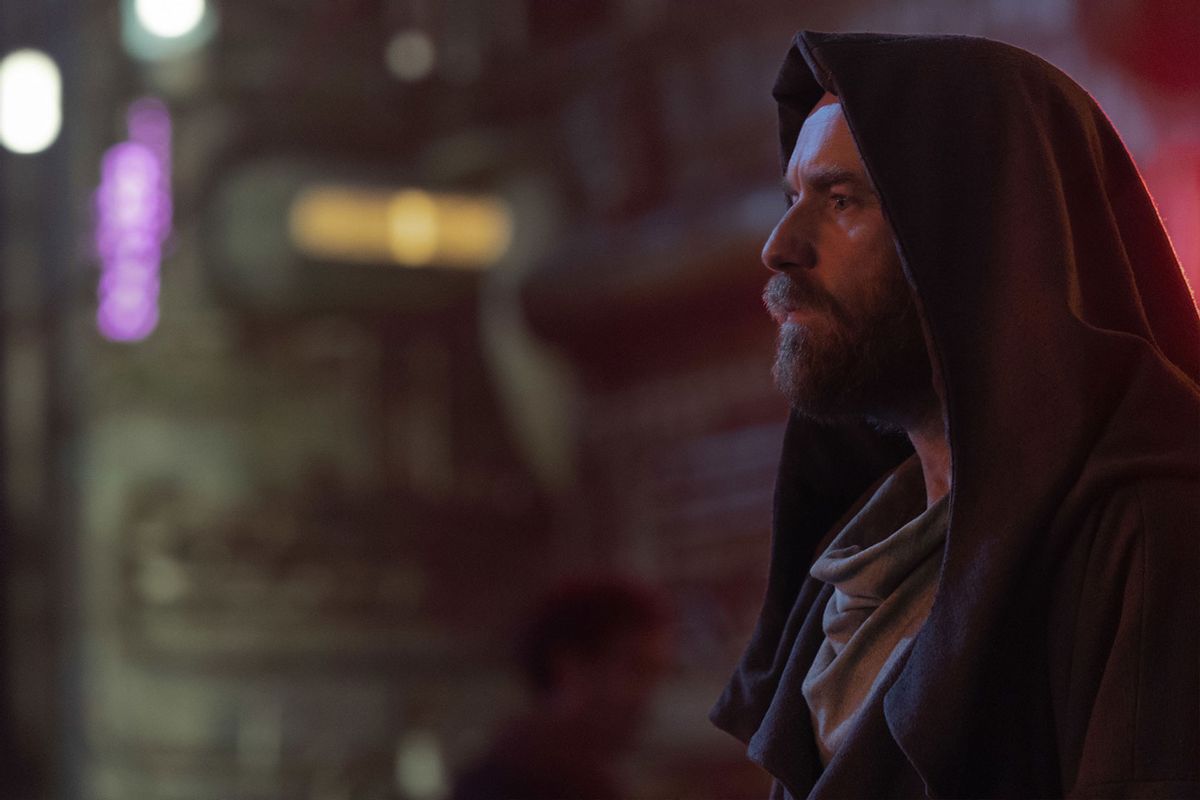 May the 4th marks the official day of celebration for all things “Star Wars” and to kick things off, Disney+ finally released the official trailer for its highly anticipated miniseries “Obi-Wan Kenobi.”

The six-part showcase from “The Mandalorian” director Deborah Chow is set 10 years after the hullabaloo of George Lucas’ 2005 film “Star Wars: Episode III – Revenge of the Sith.” The Jedi Order is now in shambles, giving rise to the autocratic Empire, Darth Vader and the Inquisitorius, aka the “Red Blades.” As a result, former knights and exiled padawans have no choice but to live as fugitives in hiding, just like Obi-Wan.

RELATED: “The Empire Strikes Back” originally had a darker ending

In short, danger is on the horizon and things are not looking so great on Tatooine. It’s also a known fact that when former friends become newfound foes, it doesn’t end well . . .

Back in March, a teaser trailer for “Obi-Wan Kenobi” was first released, giving die-hard “Star Wars” fans just a few crumbs of what’s to come. In it, we saw Ewan McGregor reprising his role as the titular character, and Hayden Christensen is returning to play Anakin Skywalker. The latest and, probably, final trailer gives us a better idea of Obi-Wan’s adventures in the “Star Wars” universe.

Here’s a closer look at seven details you may have missed from the official trailer:

1 The Grand Inquisitor, the Fifth Brother and the Fourth Sister all make their debut

The Grand Inquisitor, played by Rupert Friend (lately of “Anatomy of a Scandal”), is seen strutting along the sandy streets of Tatooine in an opening scene from the trailer. He doesn’t say much in this moment, but his demeanor and appearance are enough to send shivers down our spine.

In another exciting moment, the Fifth Brother is spotted from the back bearing a double-bladed spinning lightsaber that can behead an unsuspecting citizen in one clean cut. According to Den of Geek, the Inquisitor of the Galactic Empire first made an appearance in the animated Disney series “Star Wars Rebels.”

Lastly, we can’t forget about the Fourth Sister, who was once part of the Jedi Order before succumbing to the dark side and joining the Empire. The Inquisitor of the Imperial Era is played by “Home Alone 3” actor Rya Kihlstedt.

Uncle Owen (Joel Edgerton) is the stepbrother of Anakin and with Aunt Beru (Bonnie Piesse) raises young Luke Skywalker, who was separated from his sister Leia after their father pledged allegiance to the Empire. According to Nerd Stash, Owen has always been overprotective of Luke, even prohibiting the young boy from leaving the family farm out of fear that Luke will someday turn out like his dear old dad. In the 1977 film “A New Hope,” Owen also encourages Luke to completely forget about Anakin’s former mentor. It’s clear in the recent trailer that both Owen and Obi-Wan’s relationship is quite rocky as the former believes the latter is responsible for what happened to Anakin.

Despite that, Obi-Wan is still keen on training Luke to become another young, powerful and strong Jedi, just like his father once was.

Reva, another Imperial Inquisitor known as the Third Sister (Moses Ingram), is a force to be reckoned with and it’s clear from the trailer that she’s willing to do anything to take down the Jedi Master.

“I want every bounty hunter and lowlife to squeeze him,” she says of Obi-Wan in one shot.

In another scene, she’s seen conversing with the Fifth Brother, who asks, “You still want Kenobi? He’s gone.”

“Maybe you’ve been looking in the wrong places,” she replies.

Reva is not wasting any time when it comes to getting what she wants.

4 A glimpse of a new planet called Daiyu

According to “Obi-Wan Kenobi” writer Joby Harold, the futuristic design of the city was largely inspired by Hong Kong. Daiyu features a dark, neon aesthetic and, in the trailer, it is also the setting of a fight between Obi-Wan, Reva, and the bounty hunters.

Per Den of Geek, the city’s look was allegedly being planned for the proposed live-action television series “Star Wars: Underworld.” The show “would have explored the criminal underbelly of the galaxy far, far away, as well as brought back movie characters like Boba Fett and Han Solo, presumably in the years before ‘A New Hope,'” the outlet further explains.

The Empire, inquisitors and even bounty hunters, like the insectoid droid 4-LOM, are all attempting to capture the elusive Obi-Wan. Den of Geek points out that 4-LOM was first introduced in “The Empire Strikes Back” as “one of the mercenaries hired by Darth Vader to hunt down Han Solo and the Millennium Falcon.” The droid also makes additional appearances within comic books, like Marvel’s “Bounty Hunters” series.

The “Obi-Wan Kenobi” trailer reveals that 4-LOM has company and isn’t the only one looking to take down the Jedi Master. The rusty droid is teaming up with a Gand bounty hunter named Zuckuss, who is both an insectoid mercenary and a skilled tracker.

6 Kumail Nanjiani is keeping it in the Disney family

Nanjiani, who was last seen on the big screen as one of the “Eternals,” is working some brand synergy by going on loan to Lucasfilm. His character is still a mystery as he’s not named in the trailer. “The Big Sick” actor told Rolling Stone last year that his role has never been seen before in the franchise and essentially is “like a new version of a type of ‘Star Wars’ character we’ve seen before.”

Super clear, and yet we’re intrigued!

The trailer ends on a sinister note with an intimate first look at Darth Vader and his cybernetic arms being screwed tightly into his body (ouch!). It’s a pretty unsettling scene that doesn’t stop there — Vader’s chest piece is then installed and each sharp pin is seen piercing into his torso.

Den of Geek predicts that Vader will make his highly awaited appearance later on in the series, maybe around the end of Episode 3. Makes sense, can’t blow everything too early, but let’s hope it’s not held till the end.

“Obi-Wan Kenobi” premieres Wednesday, May 25 on Disney+. Watch the trailer for it below via YouTube:

Joe Biden defends democracy abroad — but what about right here at home? 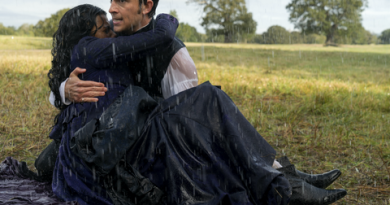