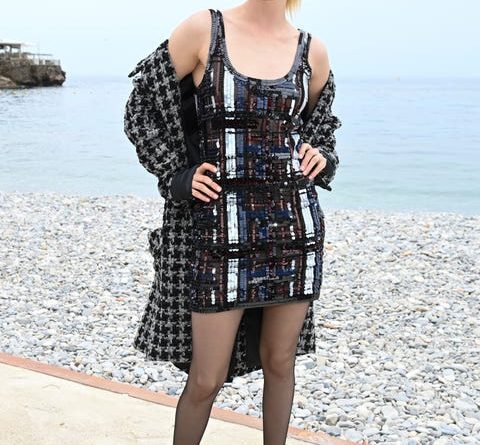 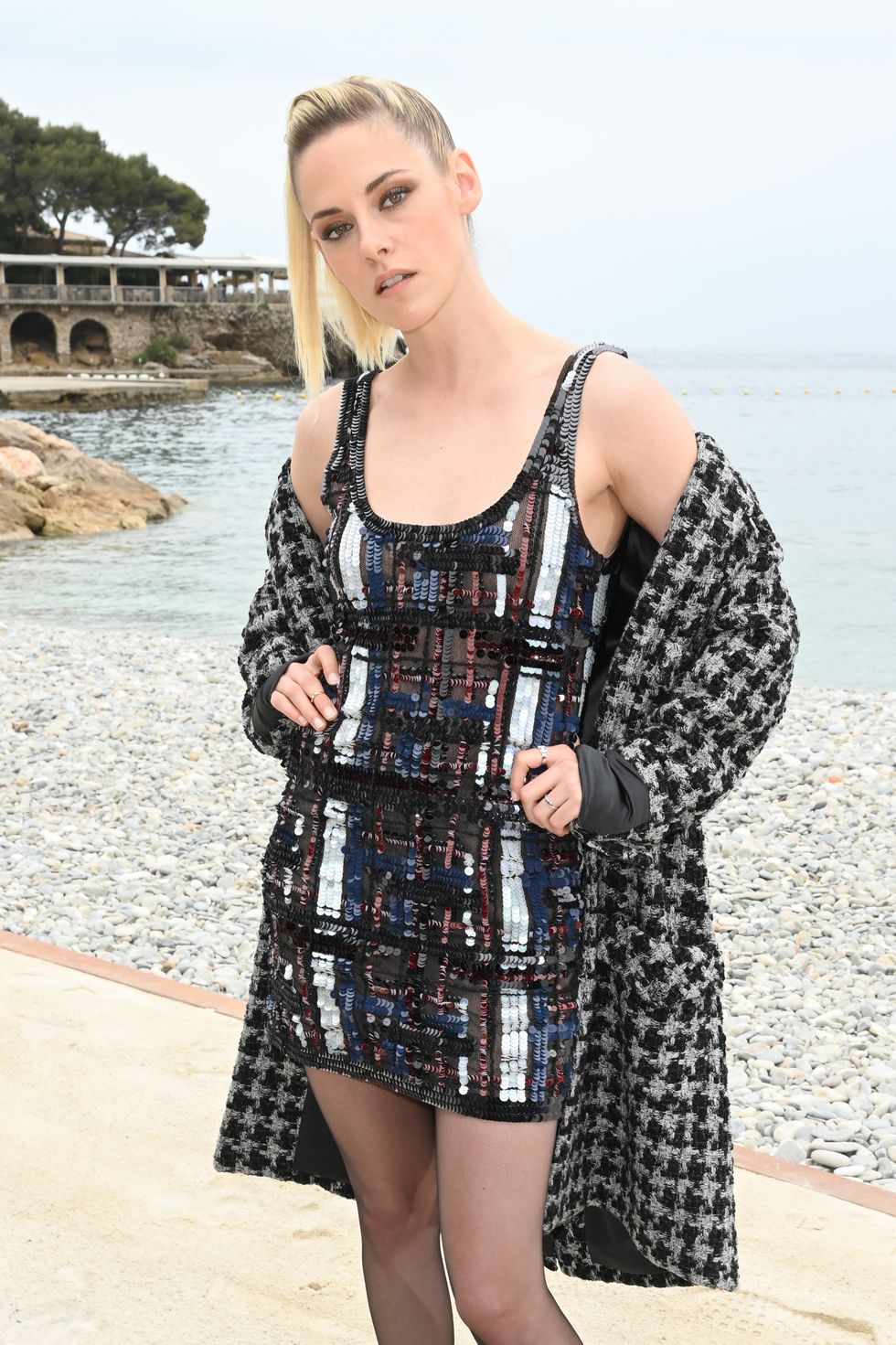 Longtime Chanel ambassador Kristen Stewart stepped out for duty today in Monte Carlo, attending the fashion house’s Cruise 2023 show in a stunning sleeveless black sequin mini dress from the brand. She wore her blonde hair slick and combed to the side and accessorized with black sheer tights and a black tweed jacket.

This marks Stewart’s first big public appearance since the Oscars and the Vanity Fair Oscars after party. While the Spencer star and Best Actress nominee didn’t win a trophy that night, she was thrilled to be there and nominated.

Stewart spoke to Jimmy Kimmel earlier this year about her parents’ differing reactions to her first Oscar nomination.

She recalled, “My dad had a really normal reaction. He was just like, ‘Oh, so proud of you, honey! Of course the boom, my kid,’ which is ridiculous. I’m like, ‘Dad, you take all the credit for this. You deserve it, honey.’ And then my mom was like—it was very early in the morning, I hit her up. She was really the one who kick-started this for me. I was a really shy kid and was like, ‘I think I want to try to act and maybe get headshots. They’re $3,000, someone at school told me about it, can you please hook me up?’ And she was like invested in me, looked at me in the rearview mirror of her F-150 and was like, ‘Are you going to make good on this? Are you going to pay me back?’ And I was like, ‘Yes,’ because when I was a kid, I was really confident. That’s what happens, you get older and you’re like,” Stewart winced and stuck her tongue out.

Stewart said she was underwhelmed by her mom’s reaction to the news, initially. Kimmel showed Stewart clips of some of her fans going crazy when she was announced as a Best Actress nominee. She responded, “Can you send these to me so I can send this to my mom so she knows the proper reaction? Literally, I was like, ‘Mom, dude, I got it!’ And she was like, ‘Well, honey, that’s great,’ just waking up, ‘but you know, it’s not why we do things,’ and then she went kind of quiet and I was like, ‘What’s up?’ And she was like, ‘I think I might be a little gobsmacked.’” 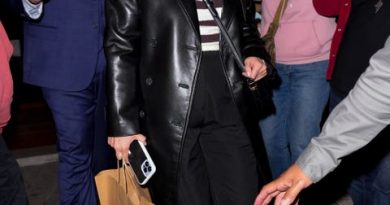