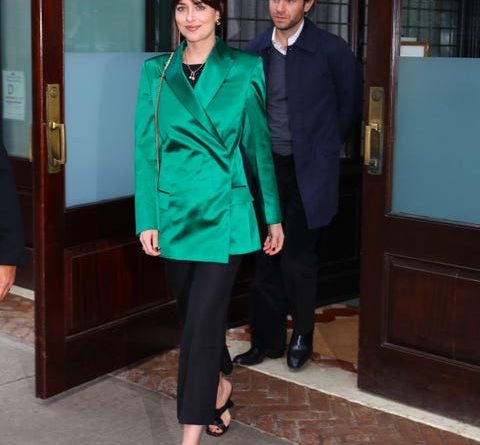 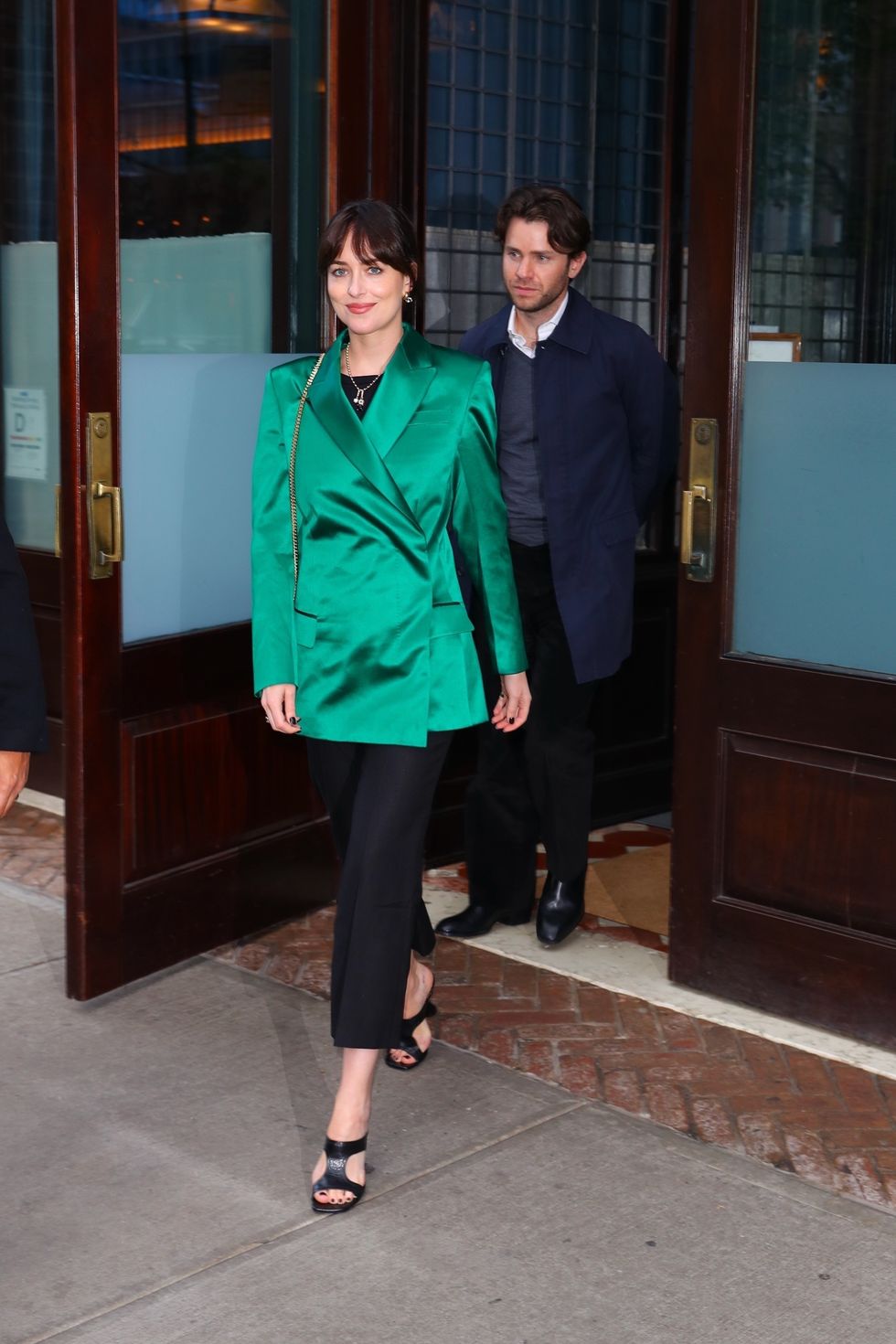 After wearing a naked bedazzled Gucci jumpsuit at the Met Gala, Dakota Johnson stepped out for dinner in New York City a day later wearing a statement blazer. The actress paired the green satin jacket with a black top and pants. She wore her hair up and accessorized with black sandals and a necklace. Per the photo agency that snapped Johnson, she left her hotel to get dinner with a friend at Upland.

In an interview published in December, Johnson spoke to ELLE UK about being 32 but feeling older and younger at the same time—and how that affects her social life. “I feel both 48 and 26,” she said. “I’ve had a lot of life in my life. I had a lot of life really young, so I think I feel older.” That day of that interview, a Friday night, Johnson’s plans were to stay in. “I know! I’m like, it’s Friday! I should get slightly f*cked up. And sometimes I do! But I’ve been working so much that drinking tea and watching TV is appealing to me.”

She added that dressing up for red carpet events as part of the public-facing part of her job is weird. “To go out into the world, do hair and make-up and wear an outfit to look a certain way, it’s super jarring,” she said. “So to wear clothes in which I feel like myself is vital. I feel like Ok this is a version of me.”

Baileys, Jameson and plenty of greens: 5 of our favorite St. Patrick’s Day recipes