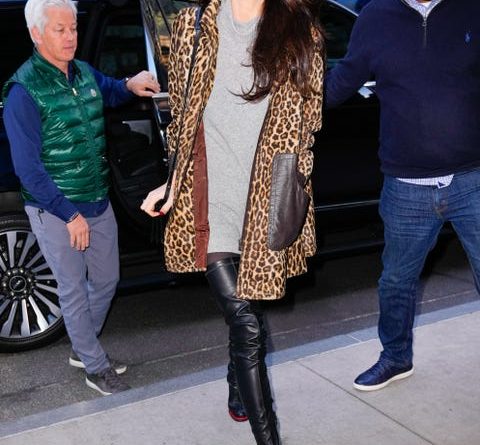 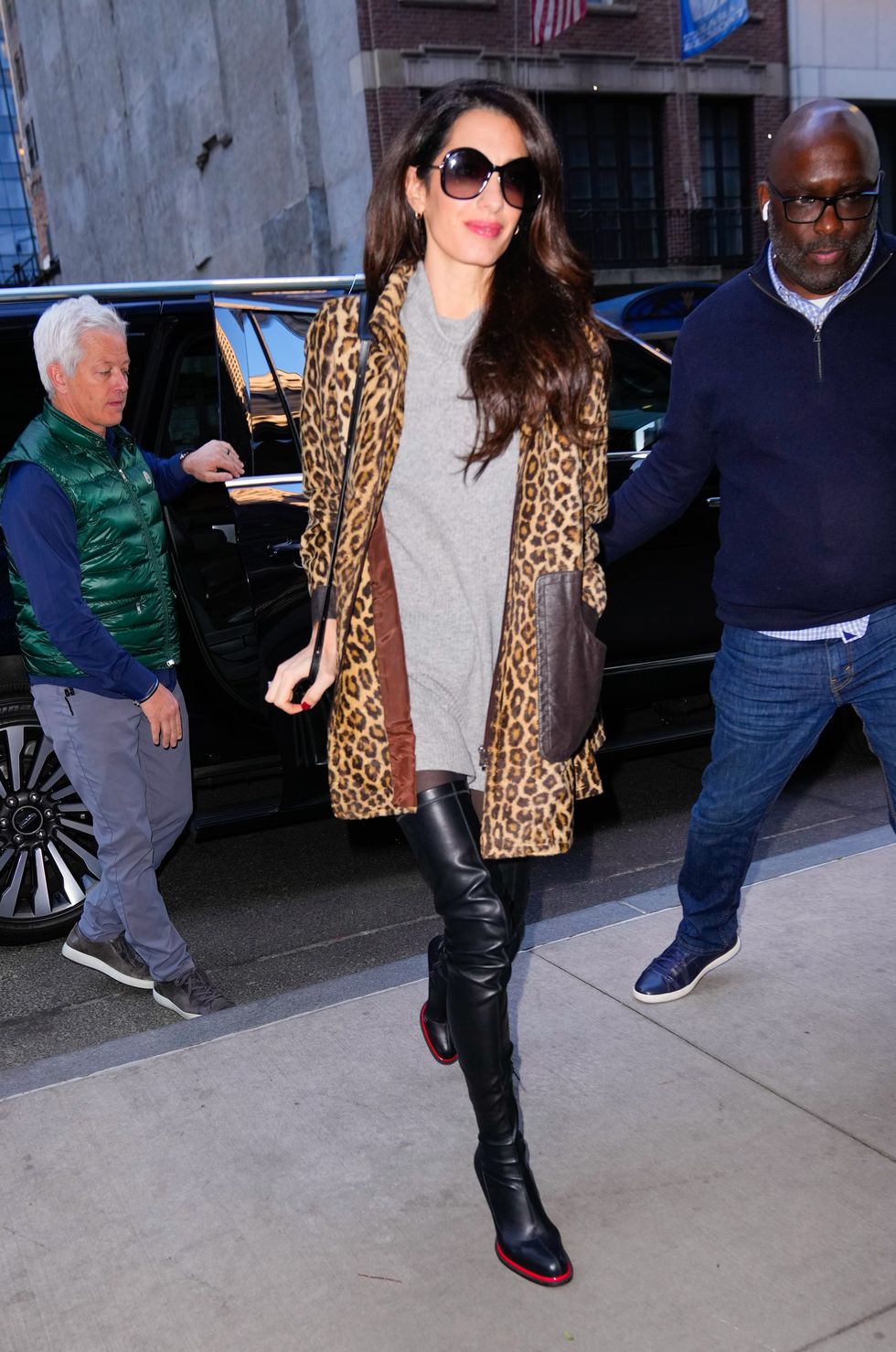 Amal Clooney traveled to New York City for a UN conference last Wednesday, and stayed in the city for some visiting time afterwards. On her return to her hotel on Friday, Amal wore thigh-high Christian Louboutin leather boots in black with red accents around the heels. She paired the statement footwear with a leopard print coat with brown leather pockets over a short roll-neck grey dress and sheer black tights.

She left her long brunette locks hanging down, and accessorized with a black handbag with a long strap looped over her shoulder, large dark sunglasses, and some delicate jewelry, including small gold hoops and a few silver rings. Her make up was dewy and natural with a pink lip.

Amal, who is married to actor George Clooney, was spending time in the city with her mother, Baria Alamuddin. Amal is a lawyer who famously specializes in international law and human rights. While addressing the Security Council at the United Nations in an informal meeting this week, she reportedly brought up the war crimes potentially taking place in Ukraine as Russian forces invade the country.

“Here we are, faced with the evidence of crimes of aggression, war crimes, crimes against humanity and mounting evidence each day of the crime of genocide,” she told the assembled diplomats and political figures there. Amal expressed a fear that these alleged crimes would be kept in “storage” for years if they were not soon addressed, and she referred to Ukraine as a “slaughterhouse” in the “heart of Europe.”

“What worries me as I sit here today is that the resolute action we have seen in the first 50 days of this war will turn out to be the high point instead of the starting point of the legal and diplomatic response,” she said.