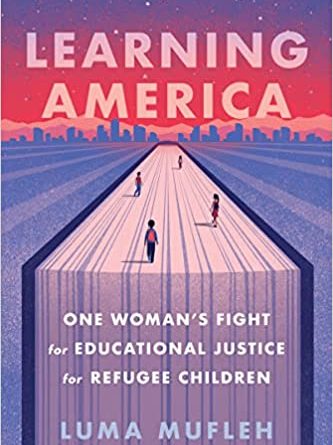 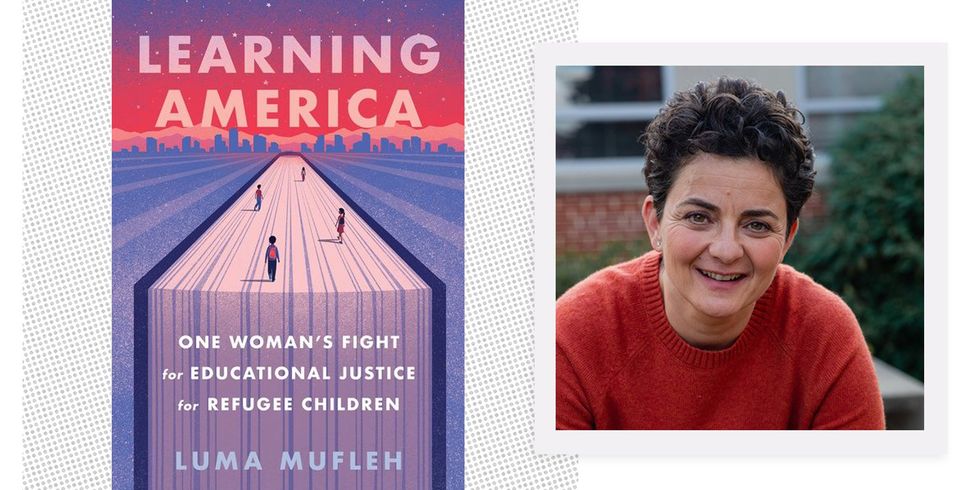 When Luma Mufleh took a wrong turn and found herself in a parking lot in Clarkston, Georgia, on a spring day in 2004, she didn’t expect to meet and become a soccer coach to a group of young refugee boys. She didn’t expect that getting to know these boys—and the ways the educational system consistently failed them and their families—would lead her to start the nation’s only network of schools dedicated to refugee and immigrant education. And she couldn’t have predicted that in 2022, the same year she’d release her book, Learning America: One Woman’s Fight for Educational Justice for Refugee Children, her organization Fugees Family would receive a $10 million gift from MacKenzie Scott to expand its model to school districts all over the U.S.

But for Mufleh, this has been healing work. A Jordanian immigrant, she understands what it’s like to leave your home in search of a safer place. Mufleh applied for political asylum in the U.S. as a senior in college, aware that returning to Jordan as a gay woman would be extremely dangerous. Overall, it was a harrowing process, and one of the many ways Mufleh says the United States need to change to better support refugees and immigrants. Below, she tells her story in her own words. As she says, “I feel like if people knew, they would be outraged.”

In some ways, I had an idyllic childhood. I had a very large family—lots of cousins and siblings, never had to worry about anything—but we were surrounded by war. At some point, every bordering country had some kind of conflict. My mom’s family fled Syria in the ‘60s during the first Assad regime. Her mom packed up her five kids, pregnant with her sixth, and drove to neighboring Jordan. My grandfather thought it was going to blow over—there were attempted coups and the drumbeats of war all the time—and decided to stay in Syria. He ended up joining them two months later as his factories were seized by the government, and his two brothers were arrested, never to be seen again. In Jordan, the language was familiar. It was a Muslim-majority country. Yet my family was treated as outsiders. They had a hard time adjusting, but they always reminded us to be proud of our Syrian identity.

At a very young age, I knew I was gay, I was different, even though I didn’t have the language for it. I knew those things could not coexist in Jordan, and the one place I knew it could was the United States. If I wanted to live, that’s where I had to go. I busted my butt to make sure I was on every team, every activity, worked really hard in classes, so I could get out of Jordan, and I was very fortunate that my parents sent me to the United States for college.

From the minute I arrived, I knew the clock was ticking. I had four years of college, plus potentially two years of grad school. So what were my options to stay? You can get married, you can get company sponsorship, or you can apply for political asylum. I wasn’t going to get married; gay marriage wasn’t legal, and I wasn’t going to lie. Back then, the U.S. included being part of a social group as a protected class of people, which meant if you were gay and had a well-founded fear of persecution, you could apply for asylum. So I started that process.

I hired an attorney, and my classmates became my research team. My college president wrote a letter. I had all this access, but the hardest part was telling my story. The asylum interview, which was more of an interrogation, was brutal. You’re assumed guilty. You have to prove you have a right to live, and asylum officers are playing god. I had to keep explaining what would happen to me, the things that’d already happened to me, in Jordan over and over again. And I had to prove I was gay. My entire life I hid it, and now I was out and being told I had to prove it. At one point during the interview, I stormed out, because I was so upset. I felt like the interviewer didn’t understand everything I was losing. Why would anybody lie about leaving their home and their family?

Thirty days after the interview, I found out I got asylum. It was the saddest and happiest day of my life.

Years later, I thought, would it have turned out differently if I didn’t have a lawyer, or if I didn’t speak fluent English, or if I wore hijab? There were so many things that worked in my favor. It’s not a fair system; it’s about those who have access and means. And people don’t know. They get their information from bits and pieces of the news. They see all these people at the border trying to get asylum. But do you understand what that process is like? Do you know what they have to go through? I feel like if people knew, they would be outraged.

Going forward, we have to humanize the refugee experience. Right now, we treat people as numbers. “I have to give you three months of housing, get you a job, check, check. We’re done.” What if it were like a Disney experience where everybody’s excited to see you, everybody’s there to support you? What if you weren’t forced to make choices or decisions that you can’t comprehend, because you’re still in a state of trauma? Why can’t it be kinder and gentler, instead of transactional? There’s no respect or dignity. We look at it like, “These people are a burden. They need so much.” But what if you were in a similar situation?

We also shouldn’t prioritize one atrocity over another. We’re mobilizing for Ukraine, but there are still millions of displaced Syrians around the world. We got 70,000 Afghans evacuated, but what about the millions we left there? I feel we try to do it to alleviate some of our guilt, instead of looking deeply at these issues. The responsibility of living in a democracy that has the ability to solve a lot of the world’s problems is that we should do what we are capable of, not just the bare minimum.

In order for us to create change, we have to create a coalition. Refugees are everywhere. We are in grocery stores, we are working in restaurants, we are in schools, and that’s a good thing. Refugees and immigrants are going to be your most patriotic citizens, because they know what it’s like not to have freedom. And when you get a taste of freedom, you will do anything for it.

With my work, I hope we radically change the way this country receives and empowers refugee and immigrant kids and sets them up for success. I hope this country sees them and their families as assets, not deficits. I hope there’s no need for our schools in 10 or 15 years, that the system has changed to be more welcoming and celebratory. Imagine if we embraced every kid in our schools and set them up in environments where they could live up to their best potential—this country would be unstoppable.

The most beautiful smoothie I’ve ever seen