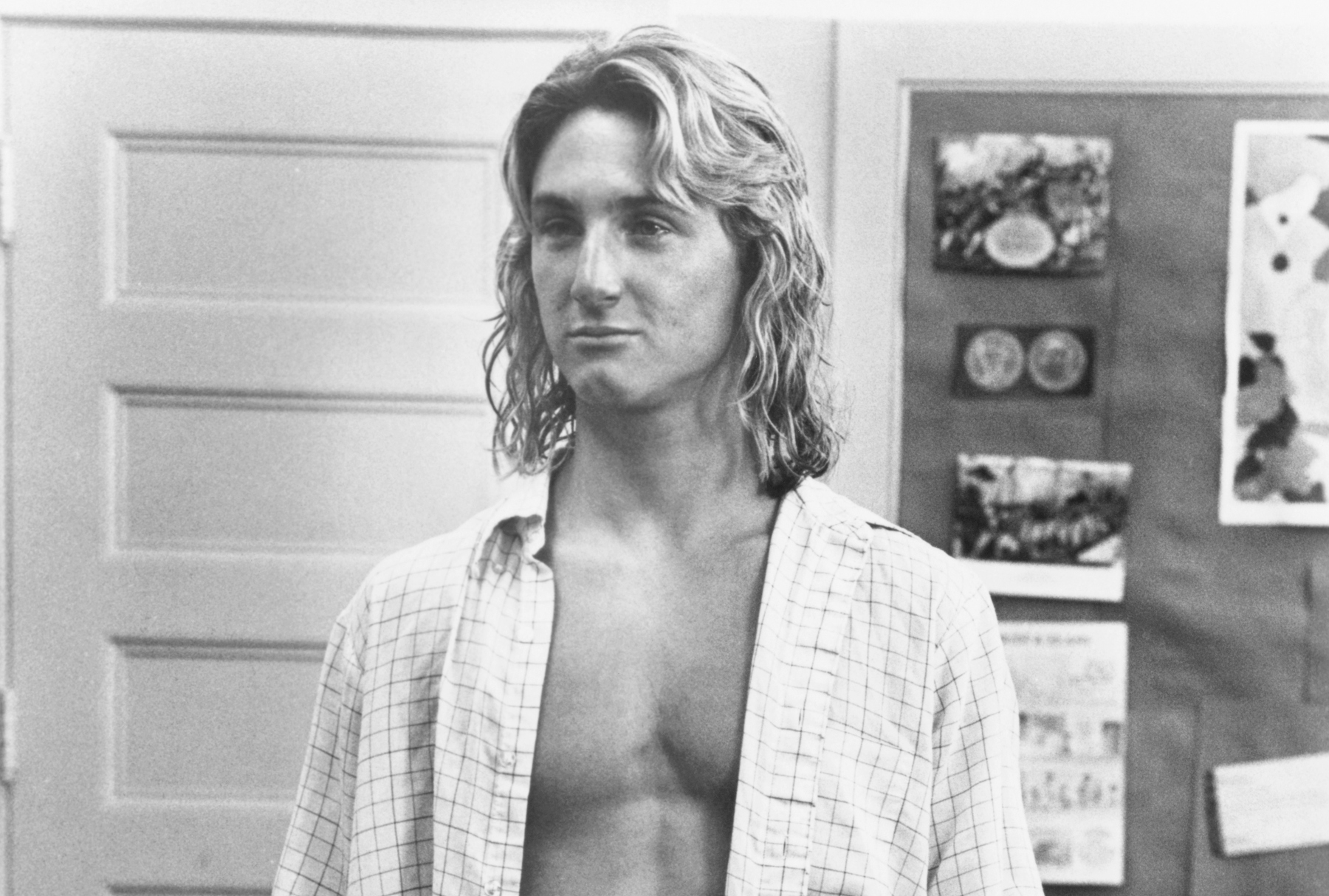 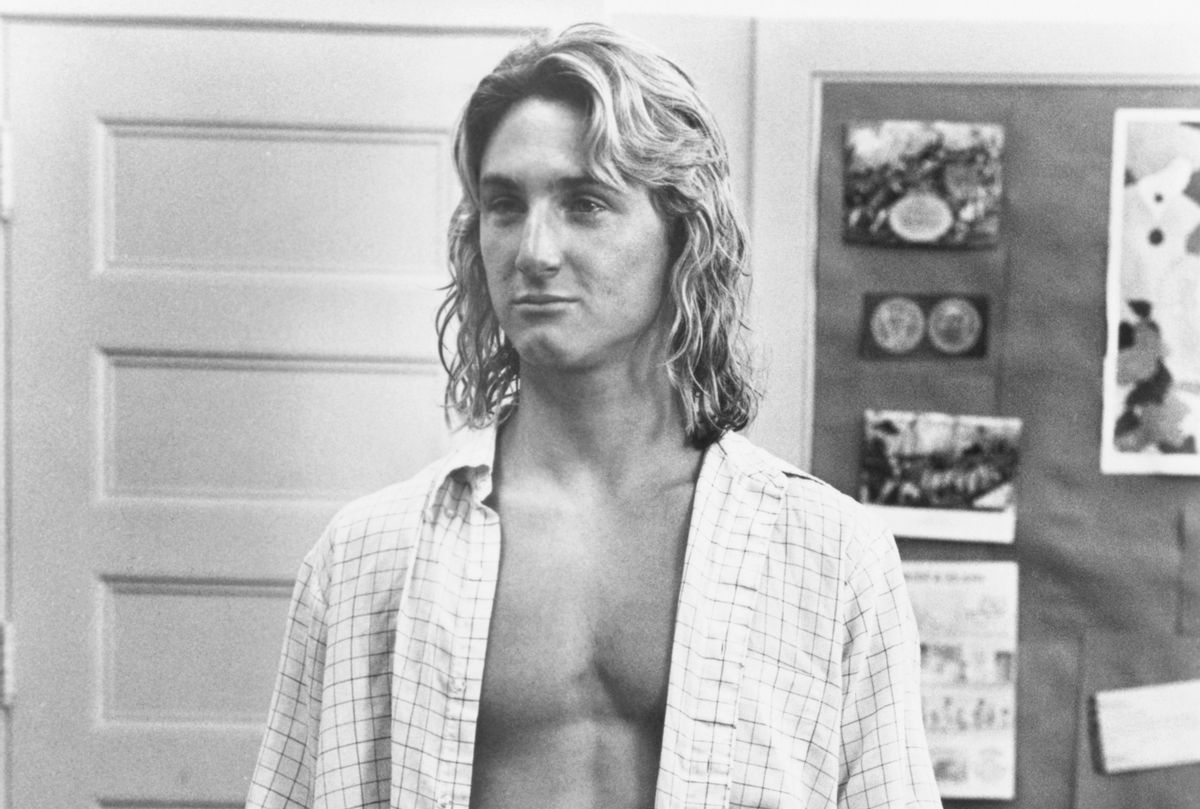 Even if you already have most of “Fast Times at Ridgemont High” memorized, get to know the classic teen sex comedy on a deeper level with these behind-the-scenes facts.

1. “Fast Times at Ridgemont High” began as a non-fiction book.

While a freelance writer for Rolling Stone, screenwriter Cameron Crowe spent a year secretly embedded at Clairemont High School in San Diego, California under an assumed name (and in cooperation with the school’s administration) to gather stories for a non-fiction book with the same title. Crowe’s book was published in 1981; a year later, it was adapted for the screen.

2. The inspiration for Mark “The Rat” Ratner would go on to become a real-life computer guru.

Crowe based the geeky Rat on then-Clairemont High School student Andy Rathbone. Rathbone eventually became rich and famous for writing many of the “. . . for Dummies” books about computer programs like Windows.

Heckerling, who would go on to direct “Look Who’s Talking” and “Clueless,” was hired to direct “Fast Times at Ridgemont High” based on her AFI thesis film. Called “Getting it Over With,” it’s about a 19-year-old girl trying to lose her virginity before she turns 20.

4. Jennifer Jason Leigh also did a bit of undercover work to prepare.

Twenty-year-old Leigh took a job at the actual Perry’s Pizza in the Sherman Oaks Galleria mall, where parts of the movie were shot, to get into character as Stacy Hamilton.

5. Nicolas Cage made his big screen debut in “Fast Times” as “Brad’s Bud.”

Cage was originally supposed to play Brad, but the filmmakers relegated him to a background role after his improvisations during the auditioning process were deemed too weird. The credits list Cage as “Nicolas Coppola.” He later changed his last name professionally to avoid charges of nepotism — he is the nephew of director Francis Ford Coppola.

6. Despite being a movie about high school, Cage was the only cast member under the age of 18.

Because of the sometimes-explicit nature of the film’s subject matter, casting directors made sure actors who auditioned were 18 years of age or older. Cage, who was only 17, lied about his age to snag a role.

7. Sean Penn didn’t have to audition for the Spicoli role.

He was cast after a brief chat prior to his scheduled audition.

8. Penn stayed in character during the film’s entire shoot.

Always the method actor, Penn forced everyone on-set to call him “Spicoli” and wouldn’t answer to his actual name. Other “Fast Times” actors made fun of him behind his back by calling him “Sean DeNiro.”

10. Herman Munster thought the movie was too obscene.

Fred Gwynne (Herman Munster from the television show “The Munsters”) was originally offered the role of Mr. Hand, but he turned it down because he objected to the teenage sex and drug use in the script.

He politely turned them down, saying the script wasn’t in his wheelhouse.

12. Bruce Springsteen’s sister has a cameo.

Pamela Springsteen plays the dark-haired cheerleader on the left during the pep rally. In the late ’80s, she we go on to find cult horror movie fame as the villainous Angela in “Sleepaway Camp II: Unhappy Campers” (1988) and “Sleepaway Camp III: Teenage Wasteland” (1989).

13. No original music was written for the film.

The score was taken from Universal Studios’ library of prerecorded music.

14. Heckerling and Crowe filled the cast with friends and lovers.

Judge Reinhold was asked to play Brad because he was director Amy Heckerling’s upstairs neighbor in Los Angeles. Heckerling also cast her ex-husband, David Brandt, and his real-life band, Reeves Nevo & The Cinch, as the band at the dance and her ex-boyfriend, “Beverly Hills Cop” and “Scent of a Woman” director Martin Brest, as the doctor on the field trip near the end of the film. The woman who pulls up next to Brad’s car and laughs at him while he’s wearing his Captain Hook’s Fish and Chips uniform is Crowe’s then-girlfriend and ex-wife Nancy Wilson, guitarist for the band Heart.

15. Heckerling originally wanted to keep the fate of each character open-ended.

But Universal Studios mandated she end the movie with updates for each character, just like 1973’s “American Graffiti.”