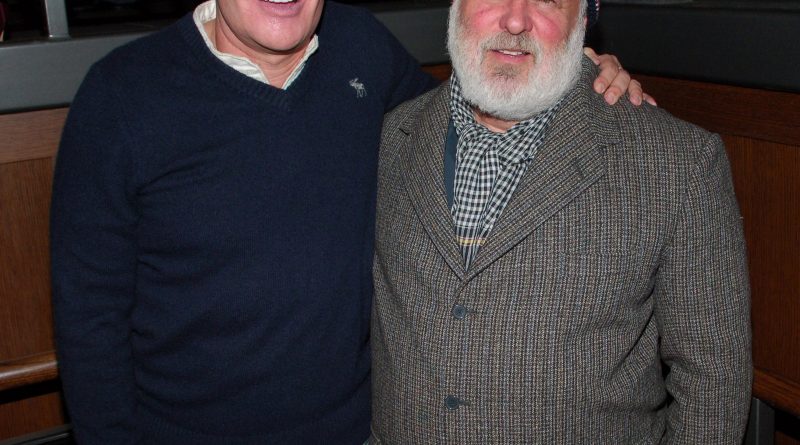 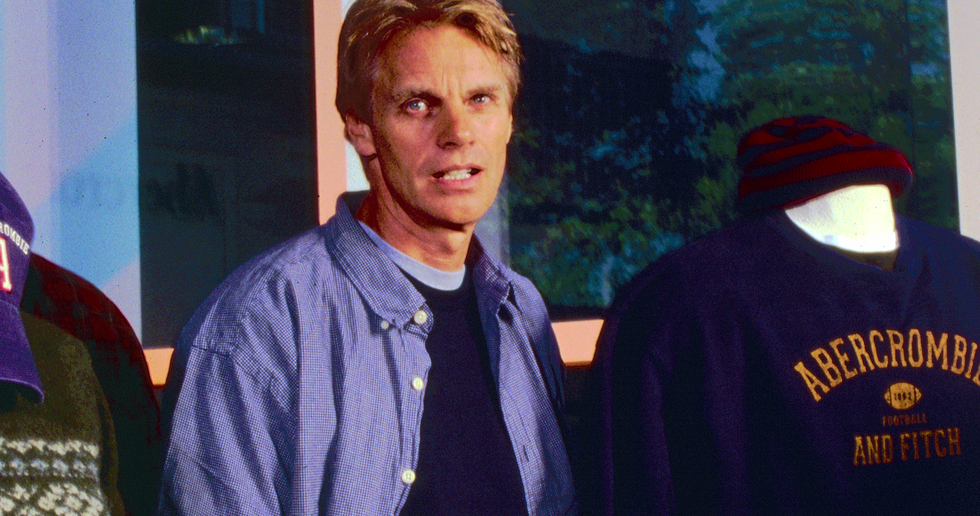 Netflix’s new documentary White Hot: The Rise & Fall of Abercrombie & Fitch charts the messy trajectory of the once-cooler-than-cool mall store that peaked in the ‘90s and early 2000s, only to come crashing down after a string of racist, exclusionary controversies. The man at the center of the brand’s peaks and valleys? Mike Jeffries, A&F’s former CEO, who’s described by the documentary’s subjects as “private,” a “micromanager,” a creative “mad genius,” and simply “bizarre.”

Leslie Wexner first brought California-born Jeffries onto A&F in 1992, hoping he could revamp the 100-year-old brand. At the time, Jeffries was known as the former president of Alcott & Andrews, a women’s retail chain that filed for bankruptcy in 1989. Wexner, on the other hand, was the king of retail; he was the CEO of A&F’s then-parent company L Brands, which owned stores like The Limited and Victoria’s Secret. The documentary describes how it was Jeffries’ strategy to center this new iteration of A&F around elitism, sex, and exclusivity. According to the doc, Jeffries had rigid perceptions of masculinity and femininity, which he infused into A&F’s image.

Jeffries also brought on famed photographer Bruce Weber, who’s credited with helping to establish the aesthetic of the company’s golden age. (All those A&F shopping bags with black-and-white photos of half-naked men? Part of Weber’s vision.) In recent years, more than 20 current and former models have come forward to accuse Weber of sexual assault and exploitation. He has since settled two sexual assault lawsuits and has not admitted guilt. Wexner has also come under scrutiny for his close ties to the late Jeffrey Epstein, the convicted sex offender who was found dead while awaiting trial on sex trafficking charges. Wexner retired as CEO of L Brands in 2020 and left the board in March 2021.

Mike Jeffries and Bruce Weber in 2005.

At first, under Jeffries, A&F saw incredible success, and in 1996, he took the company public. But he was also the leader as A&F confronted scandal after scandal. In 2002, there were protests over racist T-shirts and suggestive thongs marketed to pre-teen girls. A group of ex-employees sued A&F in a class-action lawsuit in 2003 for racial discrimination. (A&F settled for $40 million and admitted no wrongdoing.) And then there was the rare interview Jeffries gave to Salon in 2006. In the story, Jeffries is described as a “quirky perfectionist and control freak,” who always goes through the revolving doors at A&F headquarters twice and never passes other employees on the stairwells. During the interview, he infamously said: “Candidly, we go after the cool kids. We go after the attractive all-American kid with a great attitude and a lot of friends. A lot of people don’t belong [in our clothes], and they can’t belong. Are we exclusionary? Absolutely.”

Jeffries leaving an Abercrombie & Fitch store in Paris in 2012 as employees protest their working conditions.

From there, the controversies only continued to mount. In 2012, Bloomberg reported on an “Aircraft Standards” manual for the A&F executive jet, written by Jeffries’s longtime life partner Matthew Smith. (The manual was made public in an age-discrimination lawsuit brought against the company by a former pilot, according to Bloomberg.) The manual included 40 pages of highly detailed instructions, including what kind of underwear aircraft staff should wear and the seating arrangements for Jeffries’s dogs. Then in 2013, BuzzFeed News published reporting that Smith was “one of the most powerful people” at A&F, even though he wasn’t technically employed and his role was “never formally reported” to shareholders. Per the report, “Two former executives used the word ‘dangerous’ when describing Smith, citing the fact that he is organizationally unaccountable if something were to go wrong with regard to a decision he’s made.”

After reports of struggling sales, Jeffries finally stepped down from A&F in December 2014, nearly a year after he was removed as chairman. In June 2015, Samantha Elauf won a Supreme Court case against A&F after the company refused to hire her because she wore a headscarf.

Since his departure from A&F, Jeffries has mostly stayed out of the news. In 2015, the company sold the corporate jet, and in 2016, Jeffries listed his Manhattan townhouse for $19.5 million. He then relisted it a year later for $16 million, per ELLE Decor, and it ended up selling in 2018 for $12.9 million. In his absence, A&F has hired Fran Horowitz as its new CEO, and the brand has transformed itself yet again, this time focusing on diversity, size inclusivity, and a more understated, trendier clothing selection. But much like the A&F cologne that smacks you in the face on your way into the store, Jeffries’s influence on the brand will always linger.

How to scrub away rust from cast iron 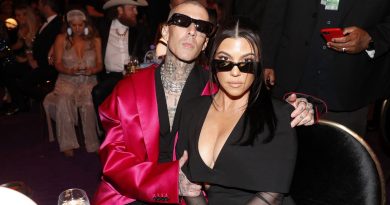 Kourtney Kardashian and Travis Barker Got Married in Las Vegas