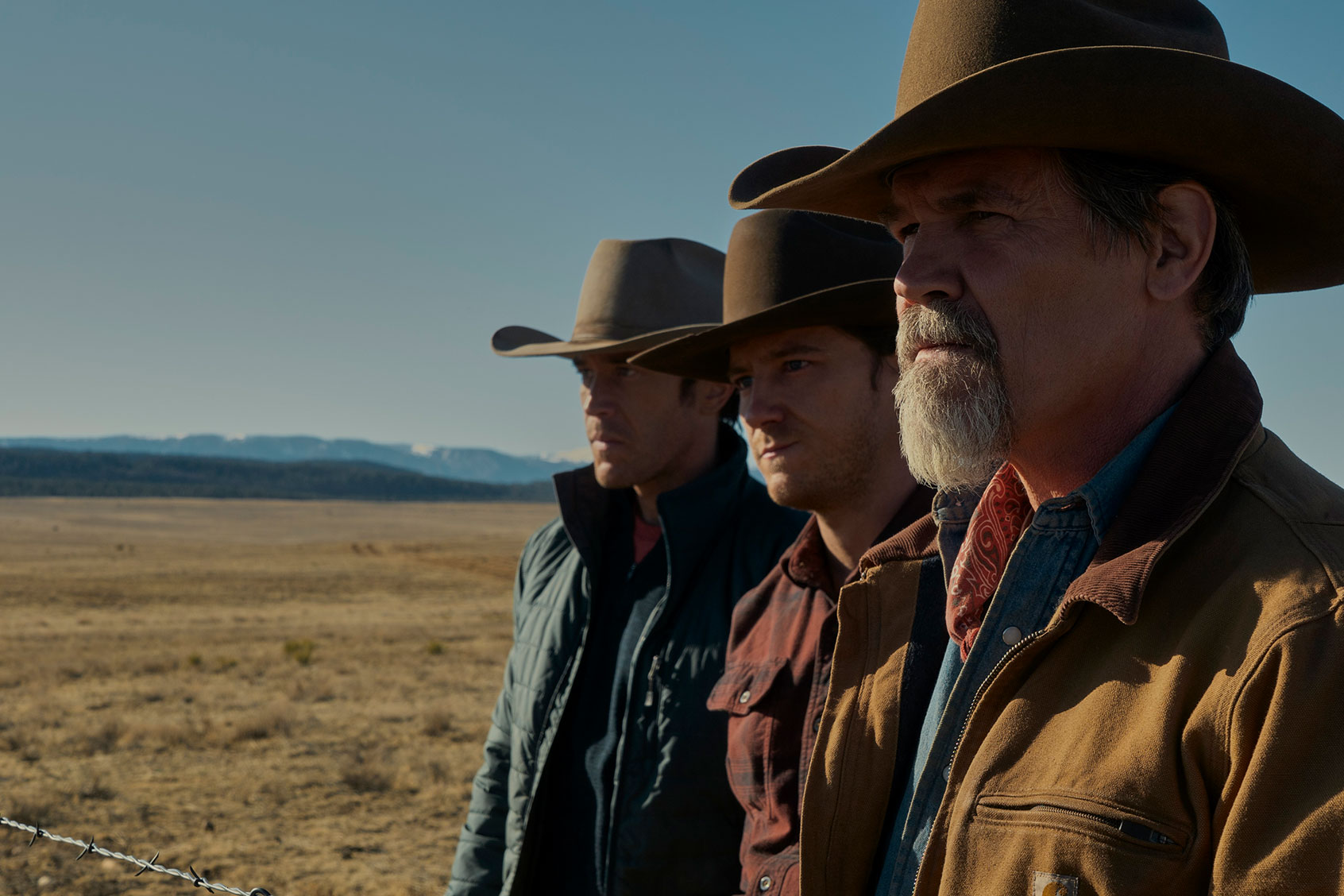 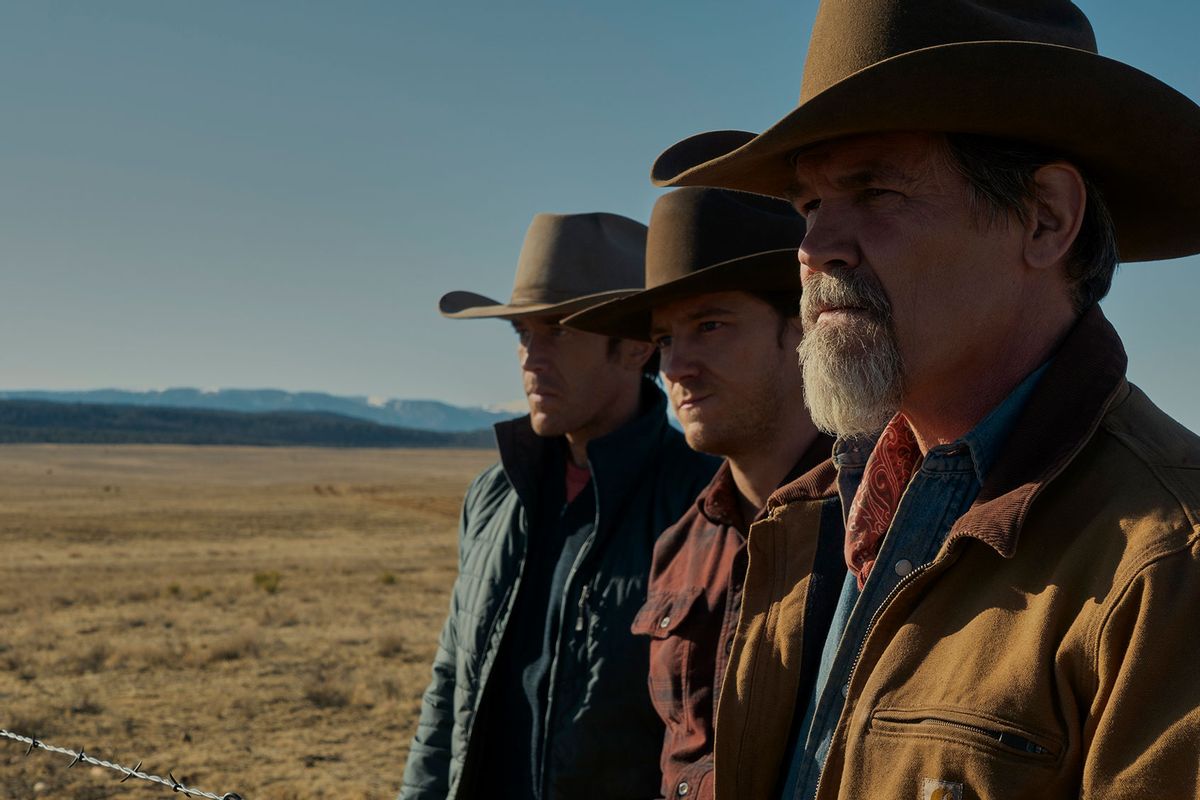 The patriarch of a ranching family in rural Wyoming, Royal (Josh Brolin) in the new Amazon Prime show “Outer Range” must manage the land his wife’s family has owned for generations; stall the wealthy neighbors who say they actually own some of it; comfort his son and granddaughter after Royal’s daughter-in-law, Rebecca, goes missing; and deal with his wife Cecilia’s (Lili Taylor) increasingly devout Christian faith, which he doesn’t exactly share. His other grown son, a would-be rodeo star, is getting into fights again — maybe he’s gone too far this time.

And then there’s that giant, yawning hole that’s opened up in Royal’s pasture.

Royal is also burdened with secrets. For a long time in the show, he tells no one, not even his family, about the hole, which he calls “the void,” and which he discovers after realizing a couple of cows have gone missing.

You can guess where the cows probably ended up. And maybe even Rebecca. One of the mysteries of “Outer Range” is that sometimes things in the hole come back.

Related: Echoes of that “Ted Lasso” Midwest niceness in “Somebody Somewhere”

Like “Yellowstone,” the popular Paramount drama set in Montana starring Kevin Costner, “Outer Range,” created by Brian Watkins, centers on a stressed-out rancher grandfather and dramatizes the vast and contemporary American west. “Outer Range” differs from “Yellowstone” in its supernatural premise. The void is only the start of the mythical strangeness.

Or, the cause of it.

Royal himself has murky beginnings, an origin story he doesn’t even really know. He “grew up hard” according to his wife, left his family as a child because “something happened that made him want to run away” (again, he doesn’t remember what and he doesn’t remember his parents) and turned up at her family’s ranch.

There’s some reason he wants the Abbott’s west pasture for himself, where the void has opened up like a sarlacc.

Early in the first episode, someone else turns up, Autumn (Imogen Poots) a young woman with money from Boulder, Colorado, who describes herself as a poet. She’s a throwback, an earnest environmentalist interested in camping on Royal’s land because he manages it with consideration to the earth.

Not so the neighbors, engaged in a land dispute with the Abbotts. In a wonderful scene, Royal and his two sons ride out on horseback to inspect some fencing while we see the trio of grown neighbor boys zooming across the pastures on ATVs. Royal and his sons wear cowboy hats and chaps. The neighbors: expensive sunglasses and designer athletic gear. It’s old ranchers and new money ranchers, the old way of rural life vs the new.

“Outer Range” does a good job with the rural, from church basements to a landline phone with a long chord in the kitchen. I’ve lived less than two years in the American west, but I grew up in a midwestern farming family and Brolin’s clipped speech, gruff but not unfriendly (“We’re not in the market for poems,” he tells Autumn) basically channels my grandfather.

The scenery is another character, with blue and white mountain ranges and vast fields. Blue skies with endless clouds and bright green pastures that recall René Magritte paintings. There are moving, stark images here, as when a buffalo appears beside Royal, arrows in its side perhaps indicative of Indigenous people (and perhaps telling on the animal’s origins).

The neighbor patriarch, Wayne Tillerson (Will Patton, always great and as this character, really loving Clamato — me too, buddy), could have something to do with the buffalo. He has a hunting trophy of one’s head, after all, along with many other animals. Drunken or dying or both, Wayne calls the Abbotts and spouts wisdom that may be raving.

At times, “Outer Range” feels mired in its own sense of gravitas.

Perhaps he knows what’s coming or is responsible for it. There’s some reason he wants the Abbott’s west pasture for himself, where the void has opened up like a sarlacc.

“Outer Range” wears its artfulness on its sleeve. It’s the latest in a line of visually dark shows. Car headlamps light up a grassy field. Royal keeps scanning pastures, which we see through the black vignette of his binoculars. The music adds to the doom ambiance with sonorous fog horn sounds.

Royal deals with lost time almost immediately but it takes a while for the central story to heat up. Meanwhile, “Outer Range” teems with low-pressure subplots — the rodeo career, an ex who went to college. Some are more compelling than others. The best may be “Schitt’s Creek” actor Noah Reid as the Tillerson son, Billy, a weird and earnest bleached-blond boy who dreams of being a singer (and practices in front of the mirror in his underwear). His performance of Peter Gabriel and Kate Bush’s “Don’t Give Up” is the best since “Somebody Somewhere” showcased the song – and the most inappropriately funny thing to happen at a funeral since Jean-Ralphio and Mona-Lisa tried to sneak past one in “Parks and Rec.”

Flashes of dark humor and just plain surrealness keep the show from stalling, but it’s a slow burn with many burning questions. Throughout the crowding subplots, it’s hard not to think: Can we just get back to that giant hole in the ground, please?

Many speculative stories of this ilk have a sense of inevitability around them (Christopher Nolan’s “Interstellar” comes to mind) and at times, “Outer Range” feels mired in its own sense of gravitas. “I’m glad to finally meet you,” Autumn says when first introduced to Royal, and Cecilia’s loaded description of him: “I feel like I was waiting for him my whole life,” gives the rancher a mythical presence.

Is that importance earned? “Something is coming. Something is happening,” Wayne says. We’re not sure what it is yet exactly, but I’m willing to wait. 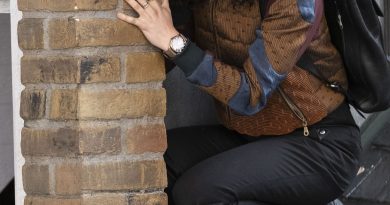 May Calamawy Is Doing Moon Knight Her Way

In Georgia, Republicans running for governor are racing to the extreme on abortion