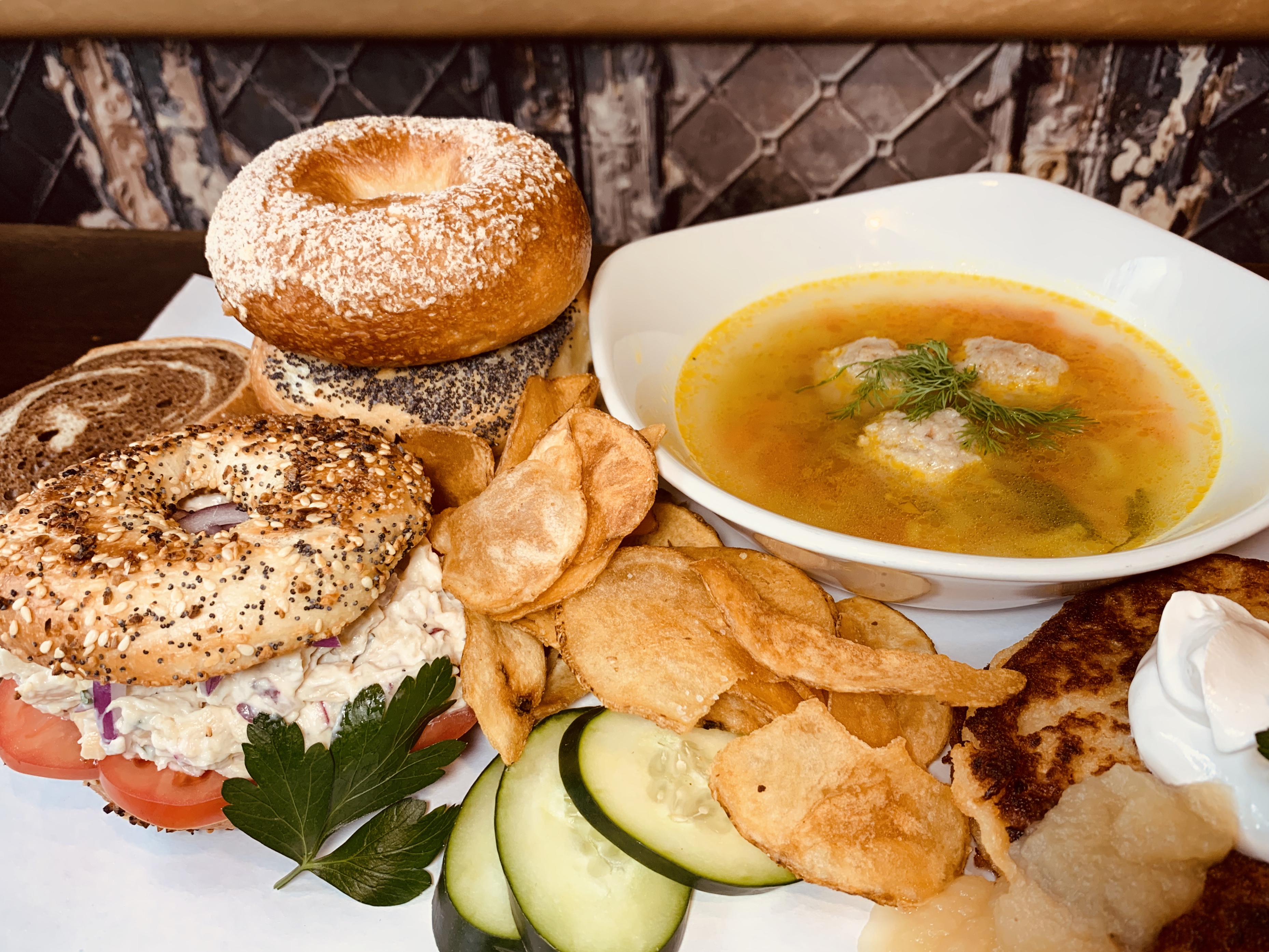 Growing up, restaurateur Andy Kalish associated two smells with Friday nights: his grandmother’s chicken soup and mothballs in his grandfather’s closet. Kalish’s grandparents, Sam and Gertie, were both immigrants — from Romania and Glasgow-by-way-of-Romania, respectively — who had settled in the Dexter-Davidson corridor of Detroit, a historically Jewish neighborhood.

There, Kalish’s childhood was steeped with traditional Ashkenazi food, from lavish kiddush tables packed with bagels and lox to Gertie’s home-cooked Friday dinners, often served with platters of pickled herring, which Kalish would make wiggle by gently bumping the leg of the table with his knee.

As such, it may not be a surprise to learn that Kalish, along with his wife and fellow restaurateur Gina Marino-Kalish, decided to open Sam & Gertie’s — a Jewish deli in Chicago’s Uptown neighborhood — in 2020. Though the offerings would be based on Kalish’s family recipes and the food of his childhood, there was one big difference. It would be the world’s first all-vegan Jewish deli.

“Everything we do vegan is meant to replace its animal-matter counterpart in every way we can possibly replicate it,” Kalish told me when I went to visit the deli (which is located on a quiet, tree-lined residential street next to the Kalishes’ other two vegan restaurants, Kal’ish and the upcoming L/A Mex). He lead me past a slowly-forming line of customers placing orders for bagels with “lox” — made by slow-smoking and thinly-slicing tomatoes — and dairy-free cream cheese.

Once we sat at a table, he continued: “I mean, you didn’t ask the question, but I’ll give you an answer. ‘Why do we do this?’ We have a 23-year-old son, and in the span of his years, the world has changed dramatically. If everybody does a little something, there’s a shot of him having the rich and wonderful and hopefully long-tenured life that my grandparents had . . . If we do nothing, the world is just going to dissolve and burn into madness.” 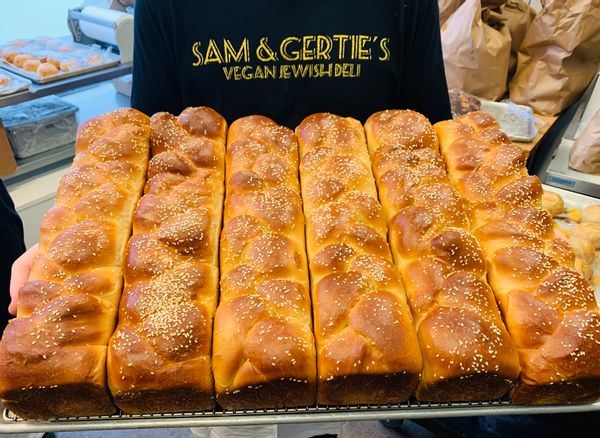 Kalish feels that eating plant-based meals is one of the easiest and most democratic things that someone can do to save the planet. It also fills a need for vegan Jews, who want to enjoy traditional foods that are often made using dairy or schmaltz. That divide becomes apparent around holidays like Passover, where dishes such as brisket, matzo balls in chicken stock and kugel are commonly served.

Striking upon a believable substitute for meat-based classics takes some work. During our chat, Kalish likened it to a science experiment. “One that never really ends,” he joked.

Sam & Gertie’s brisket, for instance, is made of almost 15 all-natural ingredients. Kalish didn’t want to give away any proprietary secrets, but it incorporates a variety of beans and grains cooked to varying degrees of doneness so as to mimic the “rings” of fat present in a cut of beef.

“Creating flavors is not complicated,” Kalish said. “Texture? A little more so.”

In the end, this is Sam & Gertie’s version of a traditional seder — sans the egg and bone on the seder plate.

A lot of those meals are delivered en masse to Chicago suburbs like Skokie for large family gatherings. Many others are also picked up by individuals seeking to celebrate the holiday in their own way, which resonates deeply with Kalish.

“I came here out of college 30 years ago, and I couldn’t go home for all the holidays,” Kalish said. “So, I found places where I could go and feel at home. I hope this does the same for someone else.”

BF.7 could be the next dominant COVID variant. Here’s what would mean