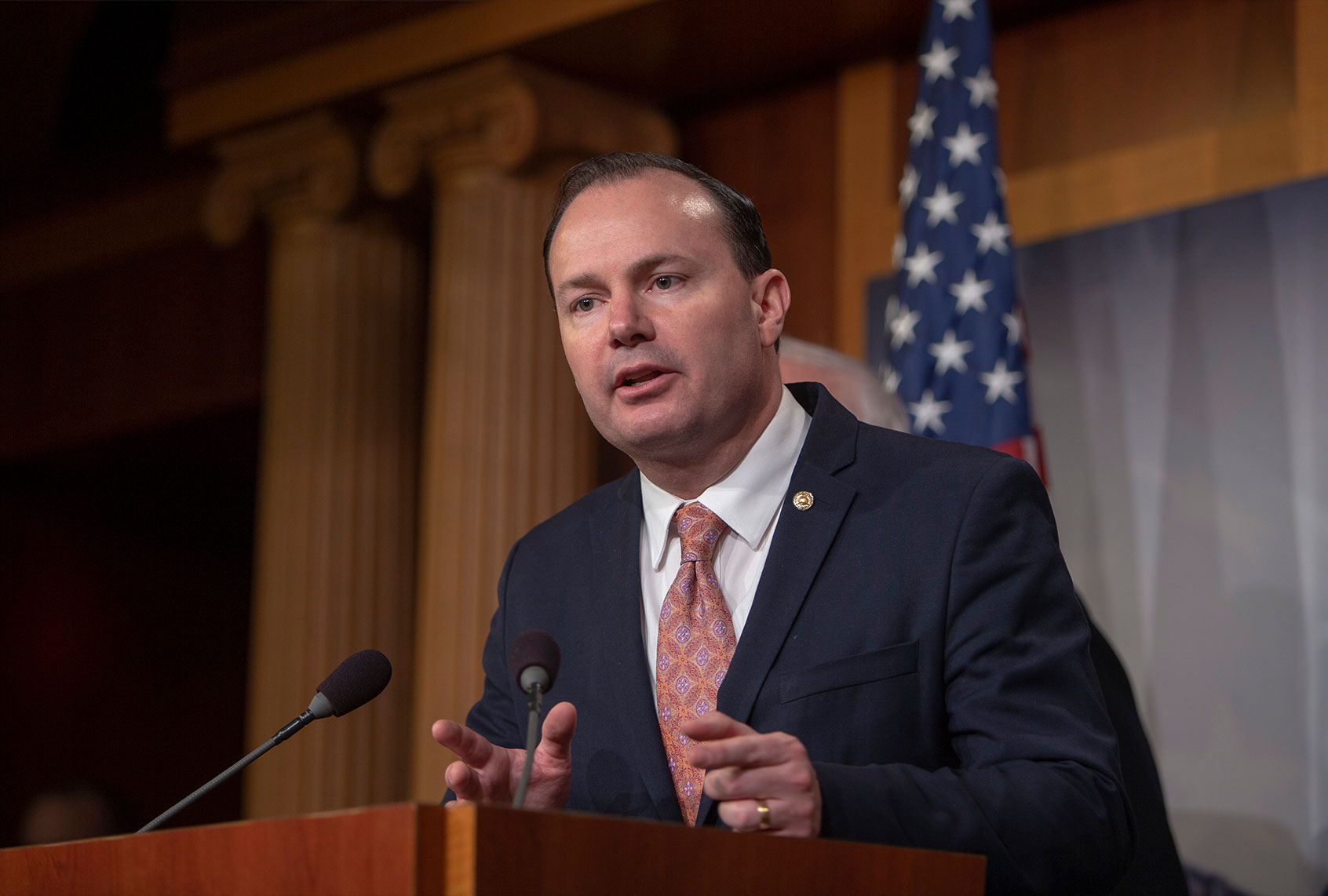 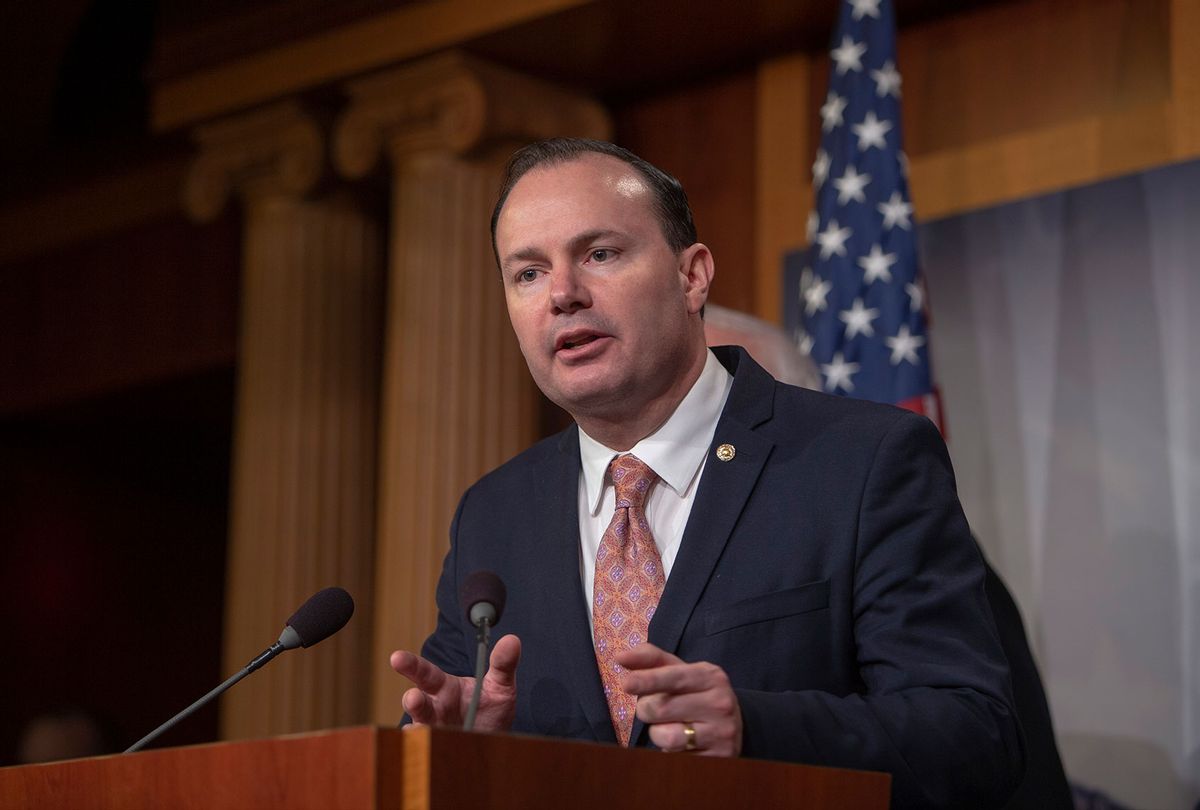 Sen. Mike Lee, R-Utah, and Rep. Chip Roy, R-Texas, played a key role in lobbying and encouraging former President Donald Trump’s attempt to overturn the election on Jan. 6, 2021, according to text messages obtained by the House committee investigating the insurrection and reviewed by CNN.

Lee and Roy exchanged dozens of text messages with White House chief of staff Mark Meadows in the weeks leading up to the deadly Capitol riot, encouraging Trump’s effort to block the certification of President Joe Biden’s win within days of the election. Lee even urged Meadows to connect Trump with attorney Sidney Powell, who pushed completely debunked conspiracy theories in legal challenges and now faces court sanctions and defamation lawsuits.

A source familiar with the committee’s investigation told CNN that Lee used “legal language to push blatant conspiracy theorists into the Trump orbit.” But by January, both lawmakers appeared wary of Trump’s legal team and his plan in Congress. On Jan. 3, Lee texted Meadows that it “could all backfire badly.”

The texts show that Lee was all-in on Trump’s effort to reverse his election loss right after the race was called.

On Nov. 7, 2020 — the day the election was called for Joe Biden — Lee texted Meadows to offer his “unequivocal support for you to exhaust every legal and constitutional remedy at your disposal to restore Americans faith in our elections.”

Lee argued that “this fight is about the fundamental fairness and integrity of our election system.”

“The nation is depending upon your continued resolve. Stay strong and keep fighting Mr. President,” he wrote.

“We need fraud examples. We need it this weekend,” he texted Meadows on Nov. 7.

RELATED: Jan. 6 PowerPoint reveals many more Republicans were in on Trump’s coup plot

“Sydney [sic] Powell is saying that she needs to get in to see the president, but she’s being kept away from him. Apparently she has a strategy to keep things alive and put several states back in play. Can you help get her in?” Lee wrote, sending along Powell’s phone number and email address.

Lee pressed Meadows to allow Powell to meet Trump again on Nov. 9, insisting that she was a “straight shooter.”

Roy, however, was a bit warier, urging Meadows to get Trump to “tone down the rhetoric and approach the legal challenge firmly, intelligently, and effectively without resorting to throwing wild desperate haymakers or whipping his base into a conspiracy frenzy.”

Which, of course, is exactly what happened. While the early effort appeared focused on seeking out potential voter fraud in the election, Lee appeared taken aback after Powell joined Trump’s legal team and held a bizarre press conference with fellow Trump attorneys Rudy Giuliani and Jenna Ellis, alleging without any evidence that not only had widespread fraud occurred but that voting machine companies, in cahoots with China and Venezuela, had rigged their software to flip votes from Trump to Biden. Voting tech companies Dominion Voting Systems and Smartmatic have since filed multi-billion-dollar defamation lawsuits against Powell, Giuliani and others who spread the conspiracy theory. In a legal filing in response to those suits, Powell has argued that the conspiracy theory was so off base that “no reasonable person would conclude” those “were truly statements of fact.”

“The potential defamation liability for the president is significant here,” Lee warned Meadows after the press conference. “For the campaign and for the president personally. Unless Powell can back up everything she said, which I kind of doubt she can.”

A spokesperson for Lee told CNN that Lee has been “fully transparent,” noting that the senator had called for an investigation into fraud allegations but ultimately voted to certify the election results and recognized Biden as the winner.

A spokesperson for Roy told the outlet that the congressman’s text messages “speak for themselves.”

By late November, Lee had moved away from promoting Powell and both he and Roy urged Meadows to connect with attorney John Eastman.

“Have you talked to John Eastman?” Roy texted Meadows on Nov. 22 while criticizing Giuliani’s efforts.

Eastman ultimately met with Trump and top administration officials and crafted a legal memo making the case that Vice President Mike Pence had the power to block the certification of Biden’s win, which was rejected by Pence and countless legal scholars. A federal judge last month ruled that Eastman and Trump had “more likely than not” violated federal law by pushing a “coup in search of a legal theory” and ordered the lawyer to turn over documents to the Jan. 6 committee.

By December, both lawmakers were concerned that Trump’s effort was doomed to fail.

“If you want senators to object, we need to hear from you on that ideally getting some guidance on what arguments to raise,” Lee texted Meadows on Dec. 16, 2020. “I think we’re now passed the point where we can expect anyone will do it without some direction and a strong evidentiary argument.”

“The president should call everyone off. It’s the only path. If we substitute the will of states through electors with a vote by congress every 4 years… we have destroyed the electoral college… Respectfully,” he wrote.

A week before the Capitol insurrection, Chip Roy texted Mark Meadows a warning: “The president should call everyone off. It’s the only path.”

The plan hinged on a theory that states could send alternate slates of electors to Washington in the event of a tainted election, which Trump and his legal team repeatedly failed to prove. Lee warned that the effort was illegitimate if it did not comply with state laws. The effort had been orchestrated by Giuliani and others but required top state officials to sign off, which none did, and send alternate slates to Congress, which they didn’t do either.

“I only know that this will end badly for the President unless we have the Constitution on our side,” Lee texted Meadows on Jan. 3, 2021. “And unless these states submit new slates of Trump electors pursuant to state law, we do not.”

Lee and Roy ultimately both rejected the failed attempt to object to the certification of electoral votes from contested states after the Capitol riot, though Sens. Ted Cruz, R-Texas, and Josh Hawley, R-Mo., continued to lead the effort in the Senate.

“I have grave concerns with the way my friend Ted is going about this effort,” Lee wrote to Meadows. “This will not inure to the benefit of the president.”

Lee warned Meadows that unless the effort complied with state law, the move would only help Cruz and Hawley to the “detriment” of Trump.

“The President should never have spun up certain Americans to believe something that simply cannot be,” he said on the House floor.

He also texted Meadows. “This is a shitshow,” he wrote. “Fix this now.”

Read more on the aftermath of Trump’s attempted coup:

Colds, flu and COVID: How diet and lifestyle can boost your immune system