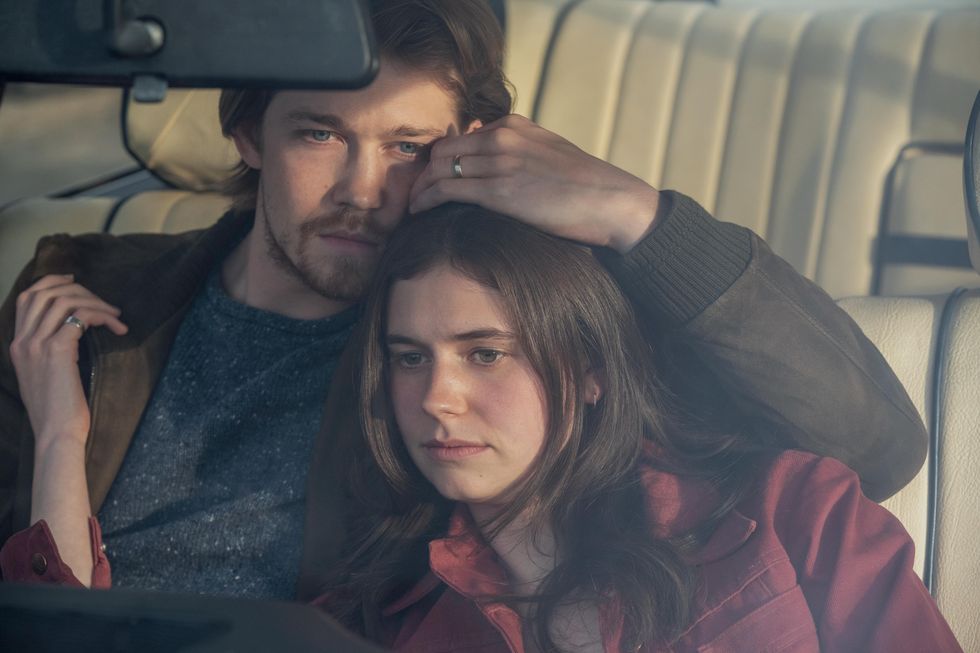 Where Normal People leads, Conversations With Friends will follow. The latter 12-part show based on Sally Rooney’s 2017 novel follows the wild success of the former Hulu miniseries, which premiered to critical acclaim and socially distanced fan fervor in April 2020 before garnering several Emmy and Golden Globe nominations.

Like the story of Marianne and Connell, Conversations with Friends follows a set of angsty Irish millennials drawn into complicated romantic and class dynamics. Considering the sensual source material–and the fact that most of the creative team from Normal People is returning for Conversations–consider this your next steamy must-watch.

“I’m confident we’re going to find fresh and interesting ways of dramatizing the novel’s dynamics, and I’m excited to watch the process take shape‎,” Rooney said in a statement when BBC announced the adaptation in February 2020.

Ahead, everything we know about the show so far.

What is the series based on?

Rooney has become one of the literary world’s buzziest names, thanks to the breakout success of her first two novels detailing the coming-of-age experience. Her first book, Conversations, follows Dublin university students Frances and Bobbi—best friends and former lovers who perform poetry together. Their tight-knit dynamic is threatened by the bond they forge with an older married couple: journalist Melissa and actor Nick.

Frances and Nick’s relationship secretly becomes romantic, while Bobbi finds herself defending Melissa and distancing herself from Frances. Both friends take sides in the other couple’s marriage, to the detriment of their own relationship.

Here’s how Hulu breaks it down:

Conversations with Friends follows Frances, a 21 year old college student, as she navigates a series of relationships that force her to confront her own vulnerabilities for the first time. Frances is observant, cerebral and sharp. Her ex-girlfriend, now best friend, Bobbi is self-assured, outspoken and compelling. Though they broke up three years ago, Frances and Bobbi are virtually inseparable and perform spoken word poetry together in Dublin. It’s at one of their shows that they meet Melissa, and older writer, who is fascinated by the pair. Bobbi and Frances start to spend time with Melissa and her husband, Nick, a handsome but reserved actor. While Melissa and Bobbi flirt with each other openly, Nick and Frances embark on an intense secret affair that is surprising to them both. Soon the affair begins to test the bond between Frances and Bobbi, forcing Frances to reconsider her sense of self, and the friendship she holds so dear.

On February 8, 2022, Hulu debuted the first teaser for the series, with the tagline “It’s Never Just Friends.” Watch the full clip below.

Who’s behind the camera?

If you found yourself addicted to the Normal People series, you’re in luck. Several of the directors, producers, and writers from that project are returning to adapt Conversations. Oscar-nominated director Lenny Abrahamson (Room) will return to helm several episodes, as well as writer Alice Birch, executive producer Ed Guiney, and Rooney herself as executive producer.

New to the project are Leanne Welham, who will direct alongside Abrahamson, and writers Mark O’Halloran, Meadhbh McHugh, and Susan Soon He Stanton, who will join Birch.

“I feel so excited to be collaborating with four such superb actors to bring Sally’s brilliant novel to the screen,” Abrahamson said in a statement. “Over the last few months it has been a privilege to work alongside Element Pictures and our extraordinary team of writers to get the scripts to a point where we all feel so excited to start shooting. I’ll be joined by a world class crew (many of whom worked on Normal People) and supporting cast and I’m particularly happy to have Leanne Welham come on board. I’ve been an admirer of her work for a long time and I have no doubt she will bring great skill and subtlety to the episodes she directs.”

However, with most of the Normal People team turning their attention to a new project, this means any potential season 2 of the hit romantic drama is likely on hold. During an interview with Hello! magazine, Guiney confirmed, “[Conversations With Friends is] what we’ll be turning our attention to next. But maybe down the line we’ll come back to Connell and Marianne.” In a separate interview with The Hollywood Reporter, he said the new adaptation will be “a cousin of Normal People in a way, but it’s also quite different.”

Although news from the set came few and far between, Alwyn did share a few snapshots with the cast in October 2021 to share that all is going well.

Then, in February 2021, Vanity Fair released several first-look shots from the set, illuminating how, as Kirke put it, “There was an essential piece about each of us as people that were shared with the character.” See the images below.

When will the show premiere?

The 12 half-hour episodes are set to release on Hulu on Sunday, May 15, 2022. (All of the episodes will debut at once, so get ready to binge.) Abrahamson anticipates plenty of comparisons to the Normal People series, but stressed to Vanity Fair that Conversations would carve out new territory: “What we’ve ended up with is something that has a kind of aesthetic family resemblance to the other series, but is definitely its own thing.”

Beautiful World, Where Are You 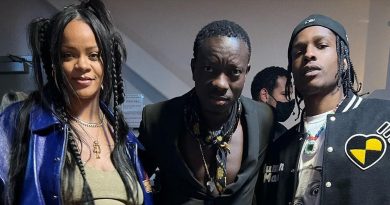 The unremarkable, unceremonious end of this pandemic should frighten us

“I did not answer the call”: Kayleigh McEnany ignored Trump’s phone call after receiving subpoena