The National Leader of the All Progressives Congress (APC), Asiwaju Bola Ahmed Tinubu, has dismissed the declaration of his hitherto political godson, Prof Yemi Osibanjo, to contest for the 2023 presidential election, stressing that he does not have any son old enough to make such declaration.

Earlier on Monday, Osinbajo, Nigeria’s Vice-President since May 2015, said that he would want to succeed his principal, Muhammadu Buhari and complete all that the APC government started seven years ago.

Osinbajo and Tinubu have a history as political associates. Tinubu, as Lagos governor, had in 1999 appointed Osinbajo as Commissioner for Justice and Attorney General of the state, a position the law professor held till 2007.

Osinbajo, a senior pastor at the Redeemed Christian Church of God, was reportedly nominated by Tinubu to be Buhari’s running mate in 2015 to avoid a Muslim-Muslim ticket.

Speaking about the declaration of his political godson, Osinbajo, to contest for President after a consultative meeting with members of the Progressive Governors Forum (PGF) in Abuja on Monday, the former Lagos governor simply said: “I don’t have any son grown up enough to make such declaration.”

On his mission, Tinubu said, “My mission here is to seek collaboration, support and encouragement of my party, the APC, for my ambition to become the president of the Federal Republic of Nigeria as a replacement for President Muhammadu Buhari after his tenure.”

Politicians Who Put Their Faith In Criminal APC, PDP Have Been Disappointed — Sowore 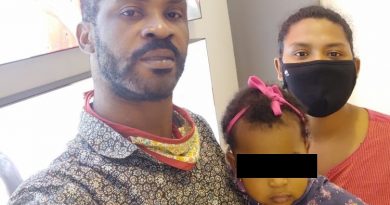