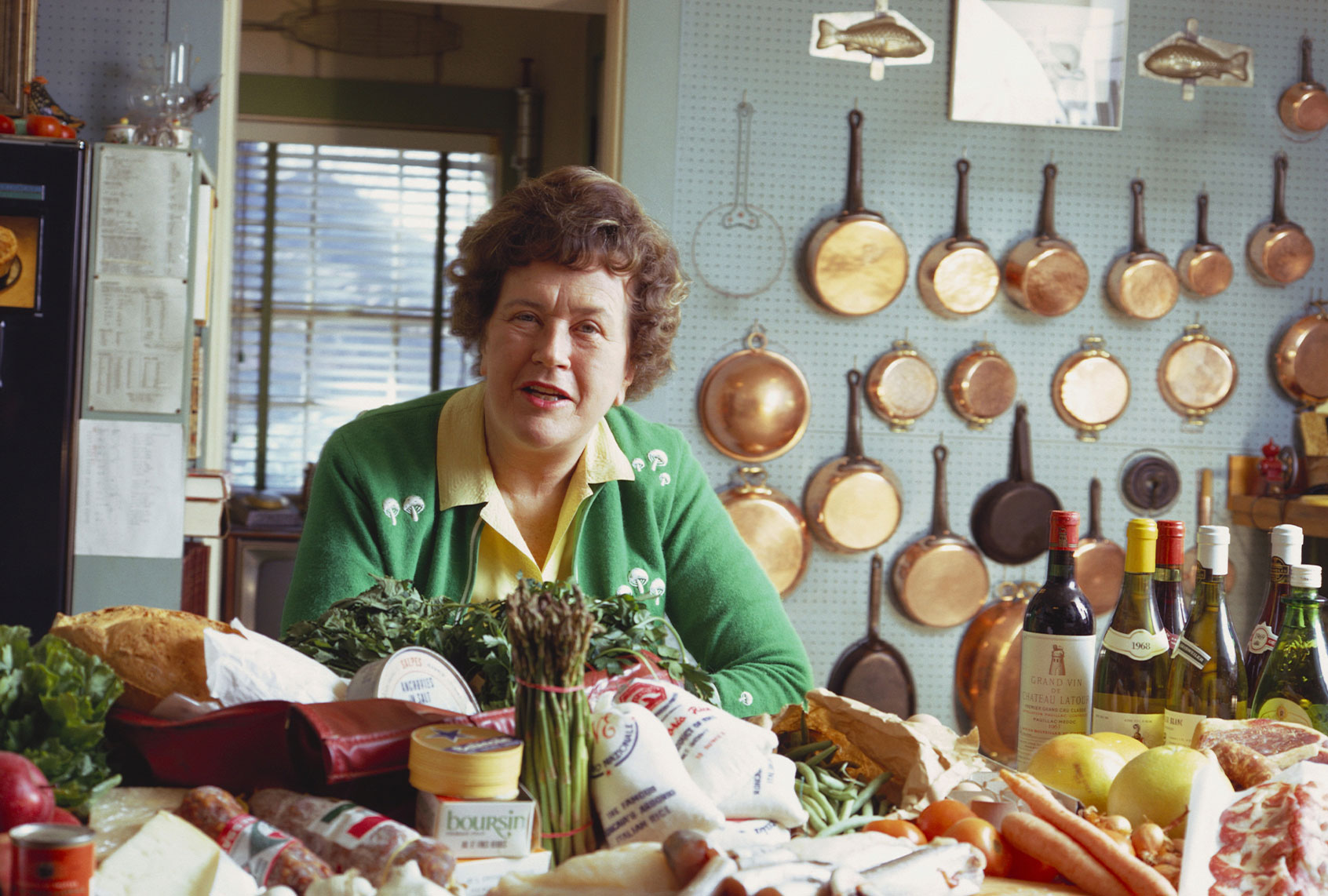 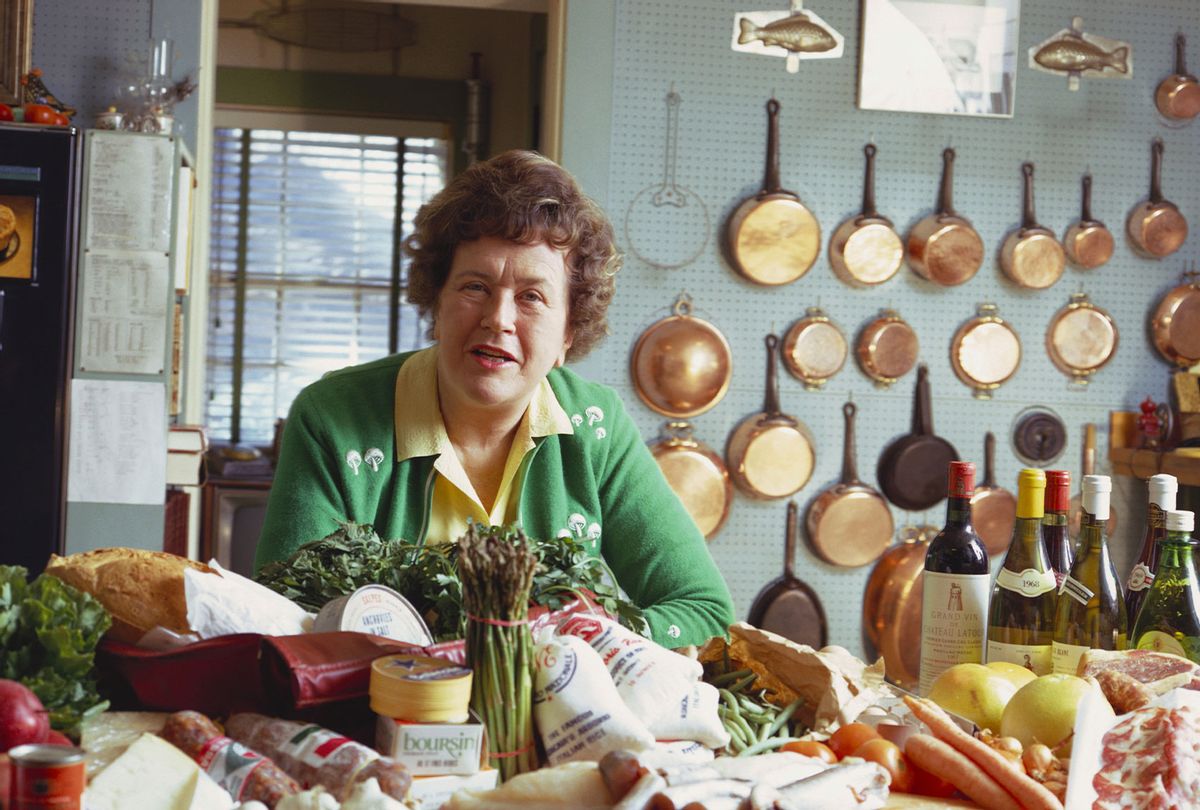 Everything’s coming up Julia Child recently seems. In January, I spoke with co-directors Betsy West and Julie Cohen about their documentary, “Julia,” which had, at the time, just been shortlisted for an Oscar. Earlier this month, both the Food Network and HBO launched Julia Child-themed series. In these projects, and in American culture at large, Julia Child is the unquestionable star.

But in her new book, “Warming Up Julia Child: The Remarkable Figures Who Shaped a Legend,” Pulitzer Prize finalist Helen Lefkowitz Horowitz peels back the curtain on an unexplored part of Julia Child’s life — the formidable team of six she collaborated with to shape her legendary career.

Horowitz spoke with Salon about her approach to researching this book, Julia Child’s unexpected disdain for (certain types of) television and how destiny led her to write a previously underexplored story about pop culture’s favorite chef.

This interview has been lightly edited for length and clarity.

Ashlie Stevens: I was really inspired by the lens through which you wrote about Julia Child’s life in this book — by turning the spotlight onto six of her collaborators. What inspired you to approach it this way?

Helen Horowitz: The book has a curious beginning. I mean, I think this is true of many books, and many authors. I started wanting to pay a tribute to my own editor of three books at Knopf, Jane Garrett, who had just retired, so I was going to write a book about editors.

I thought, “How do you do this?” And I had no clue. So, I went to the Schlesinger Library, which is very near where I live in Cambridge. I looked up an editor that I’d heard about, Judith Jones. At that point, the acting director invited me to lunch…and she said, “Oh, I know you’re looking at Judith Jones, but you absolutely must look at Paul Child’s papers.”

So, I went back after lunch and I called for a box and started reading them. Paul offered such rich commentary on the daily life that he and Julia were living. He frequently wrote about those who Julia worked and socialized with. Well, it took me a while to shift some gears — probably a number of weeks — but I knew some of the literature of Julia Child, especially the works of Laura Shapiro and the letters of Julia Child and Avis DeVoto, edited by Joan Reardon.

But I was beginning to see in Paul’s letters something else and this is what caught my attention: the important relationship that Julia was establishing with other people as well. That led me in a new direction with the book and it put Julia Child at the center.

What I came to feel was that Julia could have clearly made it on her own, but central to the success she experienced were six people. I think my book appropriately changes our view of her creativity without diminishing anything that she accomplished. I mean, she is who she is — and one of her great strengths was her capacity for friendship.

AS: A part of the book that really delighted me was your recounting how Avis and Julia developed sort of this transatlantic partnership where they sent each other items back and forth. Julia also counted on Avis for input about the American cookbook and culinary market; what did Julia find out through that process?

HH: Well, one concern Julia had was everything had to be done quickly. There was a great deal of emphasis put on convenience and speed and she really wanted to stop women from using canned vegetables and all the conveniences that were being advertised. Avis, as a wonderful cook herself, believed in that. She spent much of her days at the stove and oven.

Avid, did, however, clue Julia into new products like the blender, for example. She also knew about the availability of goods in the markets and what spices you could get. One thing she constantly emphasized was that many women did not have servants. Therefore, the result of that was you needed to create for them recipes that they could keep in the oven. Julia found ways to think about that and it was very important in the development of the cookbook.

AS: Talk to me a little bit about the challenges of researching William A. Koshland, who was responsible for administration at Knopf.

HH: Well, I think the main thing about Koshland was that he didn’t really want to be known. He served as the unofficial manager at the Knopf publishing firm. Of course, Alfred and Blanche Knopf were the heads and they made all the decisions about what books were to be published, ultimately. But how do you sort of work around them without their knowing it?

Related: Flashcards, shoestring budgets and butter: How “The French Chef” came to be

To put it gently, he was just very, very clever and he didn’t want to be known at all. That said, I happen to be very lucky in my friendships. [The Stintons and Koshland families were connected as relatives] and through JB Jackson, the subject of an earlier book, I had met a Mrs. Stinton who had a son named Johnson. This was a cousin of Koshland’s, so I called him up and said, “What do you know about your cousin, William Koshland?” And he said, “Well, why do you want to know?”

“Let’s put it this way. I don’t know if I was destined. But I was certainly fortunate to have the contacts that I had, and, and who were very generous in offering the information.”

I told him that he was very important in the life of Julia Child and I was working on a book about it…I learned [Bill] was a gay man who had a partner who was the cook in the household, and that he was very interested in food and his partner was a superb cook. That got me to sort of a deeper understanding of him. Then I was actually able to find more about Koshland because he went to Exeter and he went to Harvard and I was able to find him in the archives.

AS: It sounds like you were destined to write this book.

HH: Let’s put it this way. I don’t know if I was destined. But I was certainly fortunate to have the contacts that I had, and, and who were very generous in offering the information, and in some cases documents. So, that was wonderful.

AS: One of the things that I also found particularly interesting in this book is that it makes clear that Julia Child had a conflicted relationship with the idea of television. When she told Avis she had finally purchased one, she said there were programs on there she wouldn’t submit a dog to watching. In your research, what do you think finally propelled her to be on television herself?

HH: Educational television. She and Paul discovered WGBH and its existence. This was a time in which public television was just coming into its own.

At the point in which she was interested in public television, there was beginning to be a network of the east coast of stations. Of course, over the years, this grew and grew and grew to what we have today. And she and Paul came to really appreciate it and the good news programs. They had concerts and some series that were important.

As I outline in my book, there was a person she and Paul knew from their time in Paris when Paul was at the embassy named Beatrice Braude. She was working at WGBH at that point and she really helped her develop a fairly formal proposal to WGBH. I mean, I watched the first two episodes of the “Julia” program on television and it’s a very different story being presented. I don’t want to diss it because I enjoyed it very much, but nonetheless as a history, it’s not accurate. There was a very careful preparation and [Julia] had insiders who helped her at the station.

AS: So as you mention, everything is kind of “coming up Julia” recently. There’s the new HBO series about her life, a documentary that premiered a few months ago and a new Food Network program centered on her recipes. Why do you think that is and what do you think is the key to Julia’s long lasting appeal?

HH: One thing is that all of Julia’s shows are available on YouTube and you can continue to watch them. I mainly watched them in preparation for the book. But right now, we have a relatively new way of being able to see things from the past that were not previously available.

Additionally, over the last two years with COVID, there has been a lot of interest in the home arts like gardening, decorating — all the stuff that has kept people active and enjoying life during COVID. I think cooking is one of those things. The truth is, when you turn to “The French Chef,” it’s very entertaining.

And the truth is the recipes work, right? They were tested and they do work. So what can I say? I mean, “Mastering the Art of French Cooking” is a valuable book today.

If you’re interested in reading more of Horowitz’s work, you can check out an excerpt of “Warming Up Julia Child” here, or purchase a copy of the book here.

Who is Kamala Khan, the star of Disney+’s “Ms. Marvel”?

Cats know the names of other cats that are their friends, study says