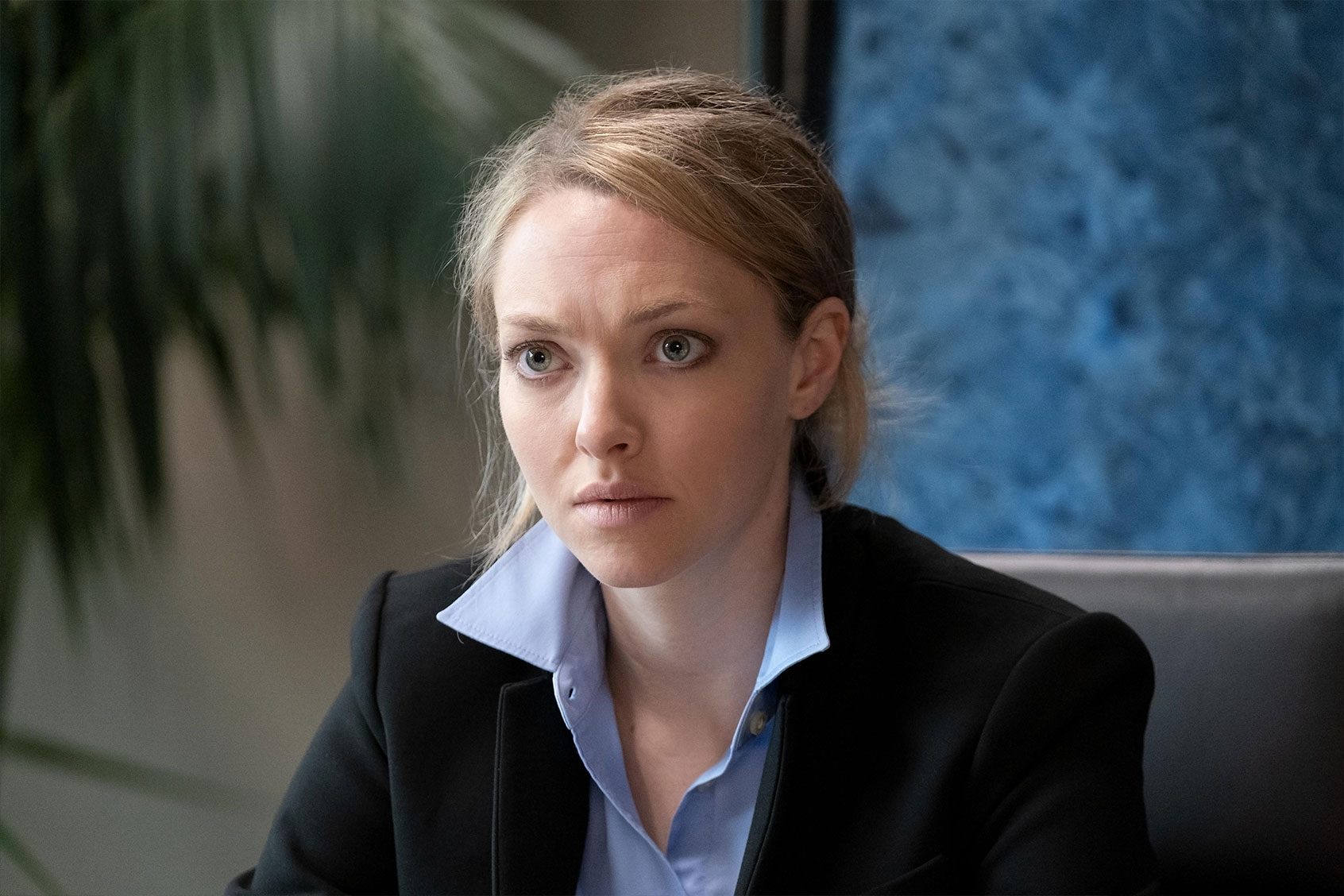 The final episode of Hulu’s “The Dropout” is one of unraveling. The Centers for Medicare and Medicaid shut down Theranos’ labs for, among other gross inadequacies, providing patients with false diagnoses and failing to report inaccurate test results. Elizabeth Holmes and her boyfriend/business partner Sunny Balwani turn on one another as the $9 billion Theranos glass house shatters.

In a particularly tellng scene, Elizabeth sits, characteristically frigid yet vulnerable in front of her mother. “If you choose to forget certain things, do you think that’s lying?” she says, slowly drawing out every word as if trying to convince herself of her own innocence.

If you choose to forget certain things, do you think that’s lying?”

“I don’t understand,” her mother says, leaving the room in tears. Elizabeth flinches as she looks in the mirror, seeing herself for perhaps the first time. She rips her hair out from the confides of its bun and frantically takes off her tight black turtleneck, suffocated by her own guise.

It’s just one of the many moments in the conclusion to “The Dropout” that portrays the epic, nearly melodramatic decline of Elizabeth Holmes and the Theranos empire. It catches its viewers up to the present day, as Holmes faces trial, meets a new boyfriend, gets pregnant and continues to run from her past.

RELATED: What’s behind the obsession that Elizabeth Holmes intentionally lowered her voice?

But the series didn’t capture everything about the characters’ lives in real time. Here’s a rundown of the most jaw dropping moments of “The Dropout” finale and what the real Theranos players are up to today. 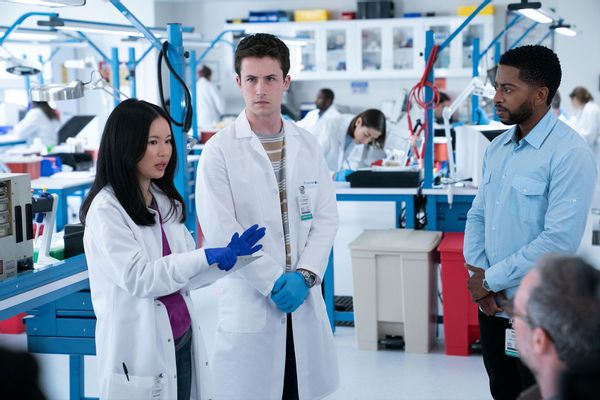 Camryn Mi-young Kim as Erika Cheung, Dylan Minnette as Tyler Shultz, and Shaun J. Brown as Daniel Young in “The Dropout” (Michael Desmond/Hulu)Erika Cheung, in her first post-college job at Theranos, tight on cash and petrified of what the future might hold if she exposes Theranos, makes a bold move by sending an email exposing the truth about the company to the Centers for Medicare and Medicaid.

“I want there to be a record and I want people to remember what she did and I want it down on paper and I want to sign my name,” she says, pacing the room in agitation in front of Theranos coworker Tyler Shultz. “Do you think that’s dumb?”

Her bravery paid off. After the federal agency investigated Theranos’ labs following her tip, the agency shut down Theranos for two years.

Today, Cheung is the co-founder of Ethics in Entrepreneurship, a “medical researcher turned technology and innovation ecosystem builder.” Her goal is to help investors and entrepreneurs better recognize issues in start-ups. In a TED talk, she warns of “moonshots,” ambitious projects that often cloud the judgment of those involved who are hyper-fixated on goals rather than reality. 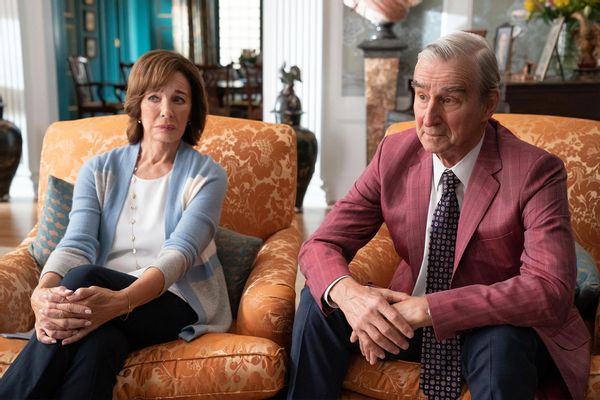 Anne Archer and Sam Waterston as Charlotte and George Schultz in “The Dropout” (Beth Dubber/Hulu)Tyler Shultz, a fellow Theranos whistleblower and grandson of former U.S. Secretary of State George Shultz, takes an intrepid stance against his grandfather, a Theranos board member. After deciding to go on record with Wall Street Journal reporter John Carreyrou about inconsistencies and flaws within Theranos’ lab “Normandy,” he comes clean to his grandfather.

Trembling on the couch gripping a hand-written letter, Tyler reads slowly, not looking up from the page. “The only way that I believe that our relationship could be repaired at this point is if you stepped forward as the first board member of Theranos to come out against Elizabeth and her company,” the words seem lodged in his throat. “I love you.”

In the real world, George Schultz initially disbelieved his grandson and even tried to silence him, but eventually came around and praised him: “Tyler navigated a very complex situation in ways that made me proud.” George Schultz died in 2021 at the age of 100.

Today, Tyler is the CEO of his own medical device company, called Flux Biosciences, Inc. After being followed by Theranos-hired private investigators for a year and racking up more than $400,000 worth of legal fees, the young researcher embarked on a new business venture eerily similar to the one he blew the whistle on. Flux Biosciences is designed to use a “portable machine” to help individuals figure out if anything in their blood could lead to a potential illness. It doesn’t get any weirder. 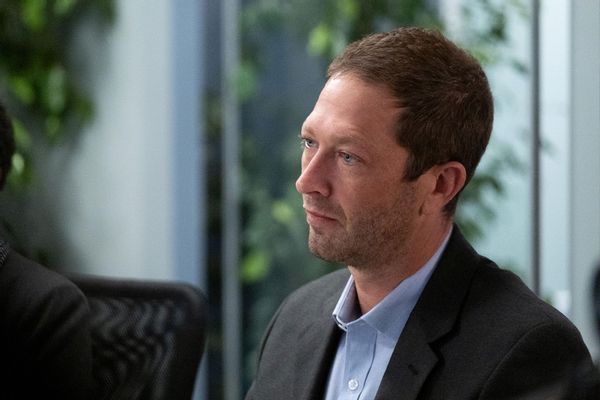 “I don’t want to be pigeonholed as the Theranos reporter.”

For John Carreyrou, the Wall Street Journal reporter who first exposed Theranos for its inconsistencies in the press, the news that the Theranos labs were shut down cannot have come sooner. In the finale, he darts into his editor’s office, copy of the damning report in hand.

“She won’t come back from this,” he laughs, tossing the report on her desk. “I just fell in love with federal bureaucracy and I don’t care who knows it!”

In 2018, Carreyrou published a book on his investigation into Theranos, titled “Bad Blood,” followed by a podcast of the same name, and participated in “The Inventor” documentary about Holmes. In 2019, he left his two-decade-long career at The Wall Street Journal to continue writing non-fiction books. “I don’t want to be pigeonholed as the Theranos reporter for my entire career,” he told The Verge. “I’d like to do other things, and that may be, you know, writing another book, probably involves doing more journalism . . .” 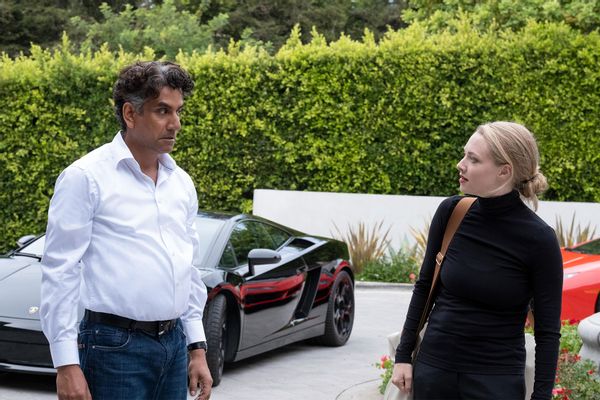 “I am responsible for everything at Theranos.”

Sunny Balwani jumps off the sinking Theranos ship too late. As his personal and professional relationship with Elizabeth comes undone, heartbreak and betrayal ensue in “The Dropout” finale. Elizabeth convenes a spur-the-moment 7 a.m. board meeting without Sunny, informing the members of his decision to step down from the company – that he didn’t quite agree to. A disheveled Sunny races to the meeting, frantic and agitated. It’s too late.

In a scene of intense and brutal reckoning, the two have what is perhaps their only real conversation in the entire series as their relationship ends. Elizabeth is frantically throwing her belongings in a cardboard box, rushing out the door and leaving Sunny. “This is how you treat someone who loves you,” he pleads, crouching in front of a dismissive Elizabeth.

Sunny Balwani’s trial is currently underway. He faces the same 12 counts as Holmes. Though Balwani maintains his innocence and his limited role in Theranos’ dealings, text message evidence brought forward on April 5 during his trial exposed a damning message he sent Elizabeth. “I worked six days and nights to help you..” he wrote. “I am responsible for everything at Theranos.” 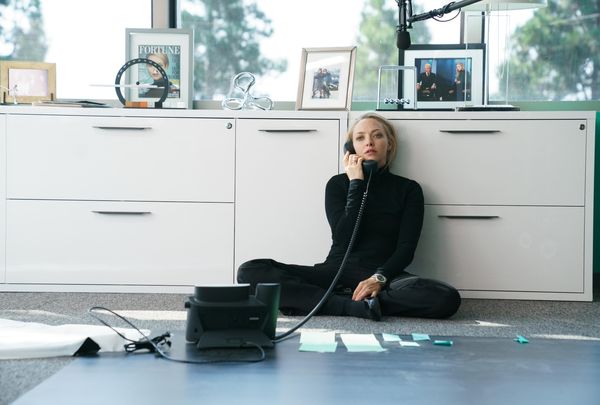 Amanda Seyfried as Elizabeth Holmes in “The Dropout” (Beth Dubber/Hulu)By the end of the finale, Elizabeth Holmes seemed to be performing mental gymnastics to escape the truth of the damage she created at Theranos. The tension comes to a head in the final scene as her former employee Linda Tanner (played by Michaela Watkins) confronts her in the aftermath of Theranos’ dismantling.

As Linda advises Elizabeth to file for bankruptcy, an oddly unbothered Elizabeth quickly segues to showing Linda pictures of her new, young boyfriend Billy while playing with her new dog. “I’m just taking a moment to enjoy myself and have fun,” Elizabeth says. “Oh is that what we’re doing now?” Linda responds incredulously. “I mean, you’re legally barred from running a company for the next 10 years but get a dog and a boyfriend and just have fun!”

Elizabeth sprints out, running away from Linda’s shouts of, “You hurt people!” and blasting music, detaching but not escaping from the scene. Her lips tremble, teeth chatter, standing on the sidewalk. A scream seems to claw its way from deep within her, veins protruding from every muscle in her body. She glares back at the now desolate Theranos building, still screaming.

The rest, as they say, is history. In 2021, Elizabeth had a son. A California jury found her guilty of three counts of fraud and one count of conspiring to defraud public investors. She currently lives with Evans hotel heir Billy Evans in California, out on a $500,000 bond. Her current nine bedroom Silicon Valley estate is worth $135 million. Elizabeth could spend 20 years in jail.

More stories about scammers to check out: