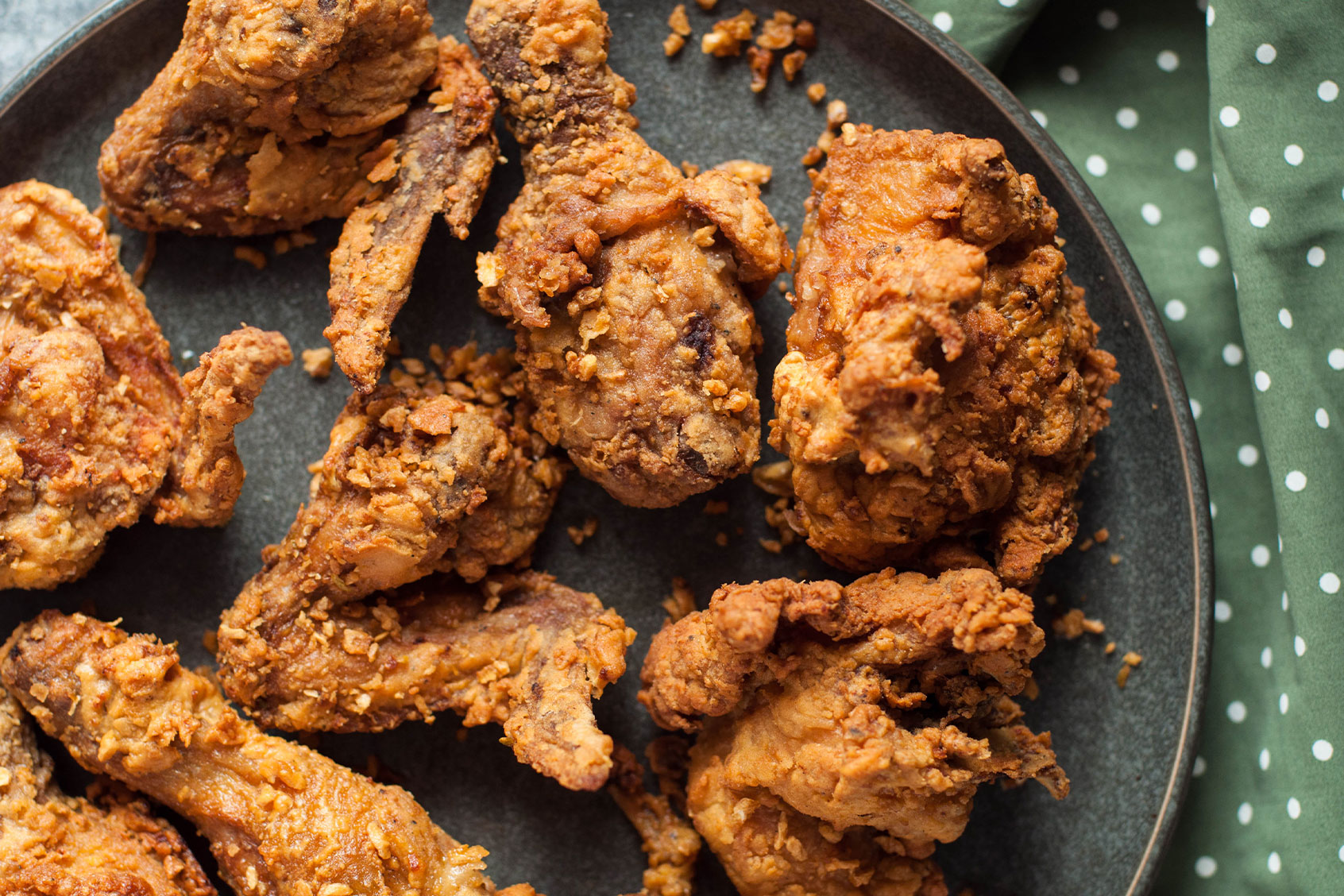 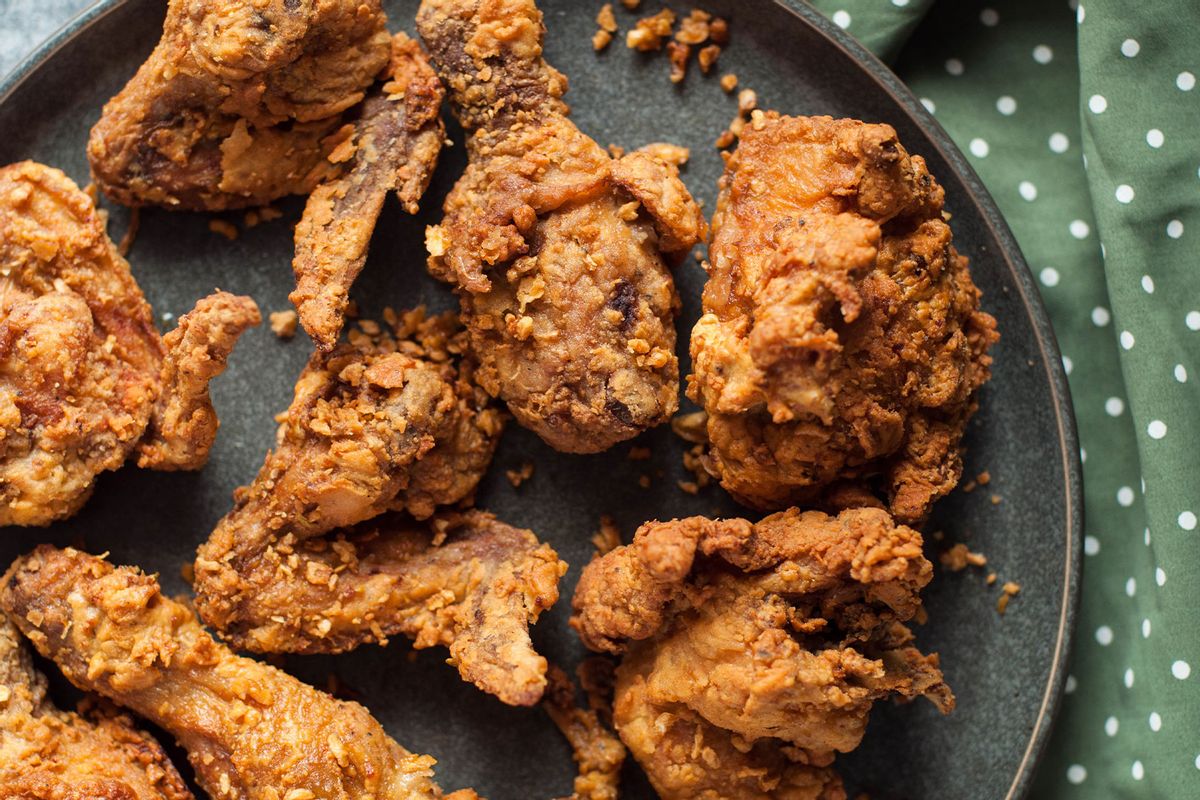 Paula Patton, the actress known for roles in blockbusters such as “Hitch” and “Mission: Impossible,” broke the internet this week after she shared a clip of herself making 138 fried chicken wings using her mom’s “famous” recipe.

“If that fried chicken video is an April Fools joke, then Paula Patton is a genius,” tweeted TV writer (“Queens” and “Woke”) and actor Kyra Jones.

“If that fried chicken video is an April Fools joke, then Paula Patton is a genius.”

Commenters identified two key issues with Patton’s recipe. First, she didn’t wash her chicken long enough before cooking. (For what it’s worth, washing chicken is a hotly contested topic; Julia Child famously recommends doing so, while the CDC does not.)

Second, instead of seasoning her flour, Patton used plain flour and added her seasonings — which included Lawry’s seasoned salt, paprika and pepper — to the avocado oil she used to fry her chicken. By the end of the 90-second video, the oil had taken on a really dark, murky look. It’s unclear how much, if any, of the seasoning actually managed to stick to the wings.

Now, there are objectively worse food videos floating around the internet. (Remember that lady whose “hack” for making spaghetti and meatballs for a crowd was mixing all the components by hand on a countertop?) So, why did this one garner such an intense reaction? As various commenters pointed out, how someone makes fried chicken is often a clue to their cultural or racial identity.

“When Paula Patton seasoned that grease I knew her mom was the white parent,” one Twitter commenter wrote. (For the record, Patton has publicly stated that despite having a white mother, she personally identifies as Black rather than biracial.)

The discussion surrounding the recipe was reminiscent of the “raisins in potato salad” debate that peaked in 2018 when, as Salon’s Melanie McFarland wrote, the late “Black Panther” star Chadwick Boseman appeared in character on “Saturday Night Live” as a contestant on the recurring sketch “Black Jeopardy.”

“There the Wakandan king competes against Americans Shanice and [Rashad and quickly discovers he is, shall we say, unaccustomed to the realities of being a person of African descent in America,” McFarland wrote. “But the pivotal moment for T’Challa comes when he chooses the category ‘White People’ for $400.”

The answer? “Your Friend Karen Brings Her Potato Salad to Your Cookout.”

“I think I’m getting the hang of this,” T’Challa said. “Before I answer, a few questions. This woman Karen — she is Caucasian, neh? And she has her own recipe for potato salad, neh? Ah, I understand.”

“It is noble that she would volunteer to cook for everyone,” T’Challa continued. “And although I have never had potato salad, I sense that this white woman does not season her food. And if she does, it is only with a tiny bit of salt. And no paprika. And she would probably add something unnecessary, like raisins. So something tells me that I should say: ‘Aw hell naw, Karen, keep your bland ass potato salad to yourself!'”

At this point, McFarland wrote, “you gotta feel for the Karens of the world.”

“They are legion, and as the Black Panther points out, they’re only trying to contribute to the potluck. (Trick statement, Karen: in this situation, you are at a cookout, not a potluck.) On the other hand, it’s unlikely that they’ve ever been subjected to the cultural pressure of making a crowd-pleasing potato salad, let alone one for an audience that will read you to your face and won’t let you live down your failure for years afterward.”

Whether it’s packing root vegetables into macaroni and cheese à la the Food Network’s Katie Lee or sprinkling dried fruit in the potato salad, there are just some things you don’t do.

Whether it’s packing root vegetables into macaroni and cheese à la the Food Network’s Katie Lee or sprinkling dried fruit in potato salad, there are some things you apparently just don’t do — as Patton discovered this week. That said, the actress is taking the backlash in stride. In a follow-up message posted to Instagram, she said: “I just wanted to respond and say, ‘Listen, I get it.'” 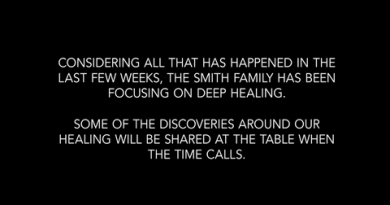