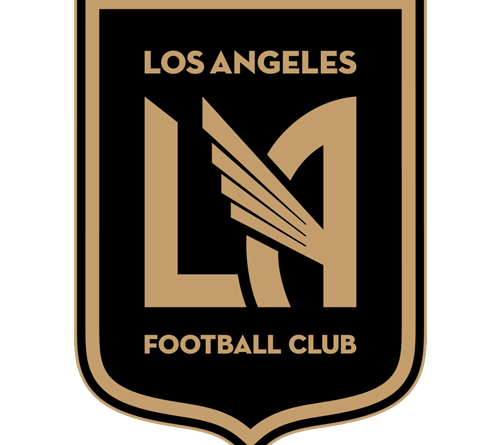 At the top of the charts, LAFC and the Philadelphia Union just keep rolling. Further down the order, though, there’s chaos.

After setting an MLS record in 2021 for most points in a season, the New England Revolution have followed up their Supporters’ Shield-winning campaign by stumbling out of the gates to the tune of one win from their first five. On the opposite coast, the Portland Timbers hosted MLS Cup just four months ago, but they too only have one win to their name in 2022.

Their lofty preseason ambitions aren’t enough to keep them aloft in our order anymore.

With Week 5 in the books, Kyle Bonagura and Danny Guerra look at the results, break down where all 28 teams stand after a wild weekend of action and bring you the latest edition of Power Rankings.

Steve Cherundolo’s debut season as LAFC’s head coach is off to about as good a start as possible. The Black and Gold is one of three unbeaten teams in the league and reclaimed its reputation as the most dominant attacking team in the league. A 4-2 win against Orlando showcased the depth as neither Carlos Vela nor Chicho Arango scored. — Bonagura

The East’s top team took care of business once again for its third straight 2-0 win, scoring early in both halves against Charlotte. Daniel Gazdag pounced on a Charlotte backline error (partly caused by earlier scorer Julian Carranza) for an easy, methodical finish. — Guerra

Colorado has not lost in 19 home matches, the longest active streak in MLS. Still, the Rapids let one slip away against a roster-depleted RSL side that initially took the lead against the run of play on a penalty. — Guerra

Alex Muyl‘s 28th-minute goal gave Nashville its first ever win against Columbus and ended a three-match winless stretch that encompassed the entirety of March. Only once since Nashville began play in MLS in 2020 has the team ever maintained less possession in a match than it did against the Crew (33.8%). — Bonagura

No team averages more xG per game than Columbus (2.3), which was held scoreless for the first time this season in a 1-0 loss against Nashville. — Bonagura

After sneaking into the playoffs last season, the Red Bulls are off to an encouraging start. It took a 90th-minute own-goal to beat the Revolution 1-0 on Saturday, but they’ll take it. New York is just three points off the pace in the East. — Bonagura

RSL were without nine players because of injury or illness, and had to call up two players from their lower-division MLS Next Pro team. Against its Rocky Mountain rivals, Pablo Mastroeni’s side can feel satisfied with a draw. — Guerra

Javier Hernandez‘s brace helped fend off Portland in a testy match that Galaxy squads of previous years might have somehow squandered. It snaps a two-game skid for the Galaxy, with LAFC and Carlos Vela looming. — Guerra

Chicharito scores two as the LA Galaxy cruise to a 3-1 victory over the Portland Timbers.

With winger Paul Arriola unavailable and Jesus Ferreira coming in as a 63rd-minute substitute, FC Dallas was lacking the cutting edge it had in its two games before the international break in a scoreless draw with Chicago. — Bonagura

Seattle provides a good measuring stick for Minnesota, but it is one the Loons consistently fail to surpass (nine losses in 11 matches all-time). A furious late rally wasn’t enough to at least pull a point out of a match that saw Brent Kallman bump in an own goal. — Guerra

It took until the fourth minute of stoppage time to break the deadlock, but Marcelino Moreno‘s goal off a corner gave Atlanta United a 1-0 win at D.C. United. The three points keep Atlanta three points off the pace in the Eastern Conference, set by Philadelphia. — Bonagura

This week’s MLS Goal of the Season is provided by Joao Paulo, whose screamer from outside of the box was set up nicely by Nicolas Lodeiro and Jordan Morris. A good result ahead of a crucial midweek tilt vs. NYCFC in Champions League action. — Guerra

The Fire’s 0-0 draw with FC Dallas was their third scoreless draw of the season. While Chicago has been extremely difficult to break down, 17-year-old goalkeeper Gabriel Slonina‘s star continues to rise. His save percentage (91.7%) is the best mark in MLS. — Bonagura

The Revolution are learning the same lesson the New York Red Bulls and LAFC learned in 2019 and 2020: Setting the MLS single-season points record doesn’t assure continued success the next season. New England’s 1-0 loss to the Red Bulls on Saturday was its fourth straight across all competitions (three in MLS). — Bonagura

What should have been Austin’s first road win since June 2021 instead fell apart in the final chaotic 20 minutes at PayPal Park. Congrats to Maxi Urruti, whose first-half goal makes him the first player to score for all three Texas MLS teams. — Guerra

Portland was all out of sorts against the Galaxy in the first half. It gave up an early goal, then an own-goal, and then saw Pablo Bonilla sent off right before the break. The Timbers have just one win in four home games this season. — Guerra

NYCFC’s Thiago Martins puts the ball into his own net to give Toronto FC a 2-0 lead.

The post-MLS Cup championship malaise continues. Only four teams in the league have scored fewer goals than NYCFC (5), who lost 2-1 to Toronto on Saturday. NYCFC did well to create chances but only had Heber‘s goal in stoppage time to show for it. — Bonagura

It was against hapless Miami but optimism continues as Houston snaps a road skid dating back to September 2020. Fafa Picault nabbed a brace but it’s Darwin Quintero, always a hot-cold figure in Houston, who is looking sharp. — Guerra

Orlando missed its chance to ring up a statement win against LAFC; instead it conceded four goals at home for just the fourth time since 2015. Alexandre Pato and Joao Moutinho both scored first-half goals. — Bonagura

Goalkeeper Alex Bono turned in one of the better performances of his career — with seven saves — as Toronto logged a 2-1 home win against NYCFC. Jesus Jimenez scored in the 31st minute before a Thiago Martins own-goal doubled TFC’s lead, though Heber got one back in stoppage time. — Bonagura

CF Montreal’s Joaquín Torres scores a left-footed shot to the left corner, taking the lead 4-3 over FC Cincinnati in the 67th minute and holding off to claim a victory.

Djordje Mihailovic‘s first-half brace might not have even been the most impressive part of his comprehensive performance in Montreal’s 4-3 win against Cincinnati. Since arriving in Montreal last year, Mihailovic has gone from intriguing prospect to one of the best players in the league. — Bonagura

Peter Vermes may be looking at one of his toughest coaching challenges with this SKC squad. Six points from six matches and last season’s MVP candidate Daniel Salloi has just one goal so far. — Guerra

Since starting the season with a pair of wins, D.C. United has dropped three straight following a 1-0 loss to Atlanta United, which got its winner in second-half stoppage time. — Bonagura

While the 2-2 draw felt like a loss for Austin, it (perhaps?) felt like a win for San Jose. And despite goals from playmakers Jeremy Ebobisse (on a penalty) and Cade Cowell, it’s still a just draw and keeps the Quakes the sole winless side in the West. — Guerra

Goals from Jeremy Ebobisse and Cade Cowell even the score against Austin FC.

The Whitecaps notched their first win of the season and saw the return of Brian White and Ryan Gauld to the starting lineup. White and Gauld accounted for 18 goals in total last season, so it’s important for Vancouver to get them back in the mix. — Guerra

After two straight wins, the expansion side took a step back in their 2-0 loss at Philly. The Union are a tough team but Charlotte didn’t make it any easier on itself by letting in an early goal, followed by a defensive blunder. — Guerra

There is plenty of evidence through six games — especially in attack — that Cincinnati is improving, but considering how low the bar was, that doesn’t say much. A 4-3 loss to a struggling Montreal team illustrated who FCC have been so far: dangerous going forward, inadequate at the back. — Bonagura

Five games into the season, and Phil Neville’s side is the East’s only team without a win. Miami has scored just three goals in those five matches, two of which are Gonzalo Higuain penalties. — Guerra

Pele in hospital for Christmas as cancer worsens

Follow live: Argentina and Croatia meet up in the World Cup semifinals