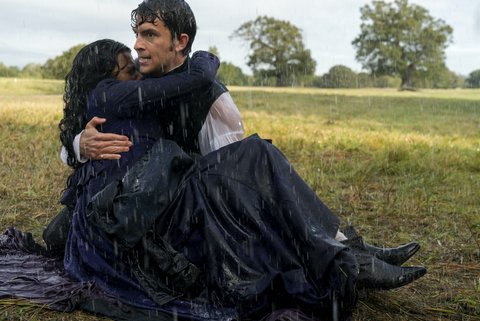 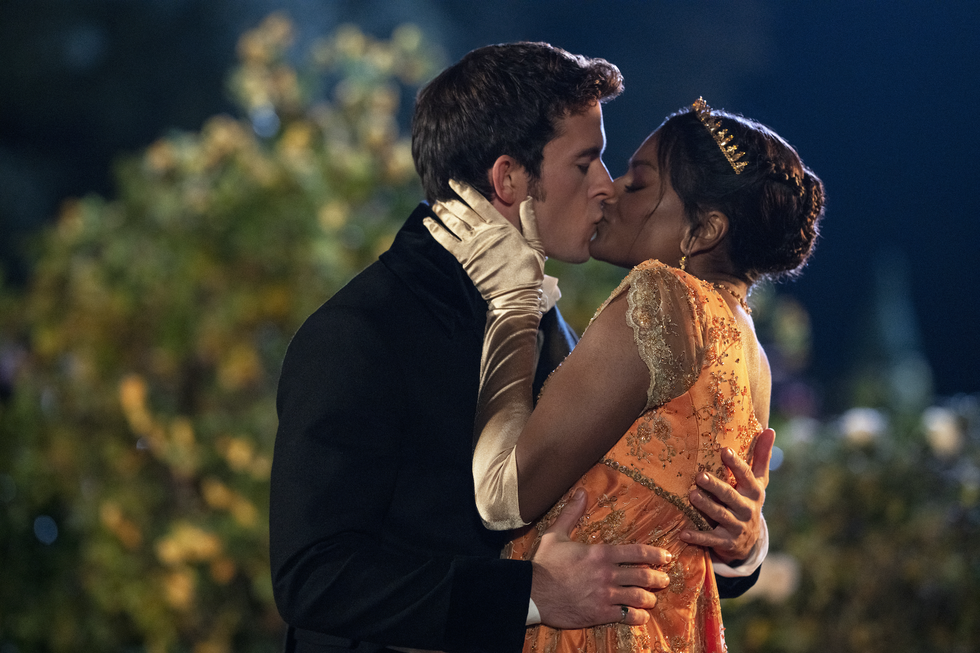 Spoilers for Bridgerton season 2 ahead. Obviously.

Look, I know you missed the sex. Ever since the eight episodes of Bridgerton‘s season 2 hit Netflix on March 25, viewers have generally latched onto one of two things: the sex, or the lack thereof. Forget poor Eloise and her Lady Whistledown revelation. Forget the Featheringtons’ misbegotten ruby scam. Forget, even, that Colin Bridgerton seems more likely than his older brother, Benedict, to have his time in the eligible bachelor’s seat next season. The people have spoken, and they want the sex they were promised!

I am empathetic to this plight, truly. There’s no doubt leading man Regé Jean-Page set unrealistic standards in season 1’s objectively more explicit storyline, in which we watched him instruct his character’s wife, Daphne (Phoebe Dynevor), in the pleasures of oral stimulation on a ladder. It’s understandable that season 2’s romance—which centers brooding over, well, boffing—might disappoint viewers who relished last season’s leave-nothing-to-the-imagination approach. But This Author would like to make a case for how well the finale ultimately went down. (Spoiler: It was sexier than you remembered it!)

First, let’s recap. Up until the penultimate episode, Kate Sharma (Simone Ashley) and Anthony Bridgerton (Jonathan Bailey) had managed to keep their hands (mostly) off of each another, in spite of Anthony’s growled confession in a closed drawing room that, “You are the bane of my existence. And the object of all my desires.” As you might recall, Anthony was, at one point, betrothed to Kate’s sister, Edwina, who leaves him at the altar once she’s realized—rather belatedly—that almost-but-not-quite-literal steam erupts from any gaze Anthony and Kate happen to share.

Turns out, they actually can’t keep their hands off each other, and in episode 7 the two partake in (premarital!) sex out in the gardens. Horrified at having taken his beloved’s honor sans wedding band, Anthony moves to marry her, but Kate is too ashamed and rides off into a storm via horseback. Her true love follows, and the ensuing chase leads her to leap a hedge, fall to the ground, and smack the back of her head against an obtrusive rock. His shirt once again soaked through, Anthony carries her home, bridal-style, where she lingers in a weeklong coma.

We open the finale with this image: a frantic Anthony blaming himself for Kate’s near-death experience. He refuses to even visit her in the days after her accident—because, of course, avoiding the woman he has proved himself incapable of avoiding will work this time. (Lady Danbury remains unconvinced.) But this is the stuff pining dreams are made of: When he learns Kate has finally awakened, Anthony slumps his head into his hands, awash in relief, grief, confusion, and adoration. Beside him, his mother, Violet (Ruth Gemmell), not only apologizes for her emotional absence in the months after his father’s death, but encourages him to follow his heart: “Real true love is worth it,” she says. Scenes like these can stiffen the shoulders of even the least cringe-beholden amongst us, but Bailey and Gemmell nail every second.

So onward Anthony struts, to bow before his love on bended knee. But the newly non-comatose Kate shuts him down with alarming swiftness: She’s returning to India, and anyway, he’s only proposing out of obligation. Anthony says she’s running from her problems, which she absolutely is, but it’s not as if he’s been a shining example of self-honesty this season, now has he?

The moms are sick of this nonsense. Lady Mary (Shelley Conn), Kate and Edwina’s mother, tells her parentified child that she does, in fact, deserve a great love story of her own. At that night’s Featherington Ball, even Kate’s sister agrees: Edwina instructs Kate to avoid the viscount no longer, and thus the two twirl their way across the ballroom to an instrumental version of Miley Cyrus’s “Wrecking Ball.” It is far more touching than it sounds!

Hungry for Whistledown-worthy gossip, given the aforementioned’s recent absence from the society papers, the ton quickly catches sight of the sparks flying off the pair. Slowly, their glances turn to stares. But Queen Charlotte shuts down any rumors of an affair once and for all, loudly proclaiming that she was the one who called off Edwina and Anthony’s wedding, not Edwina herself. The ton accept this as truth, likely out of fear of retribution rather than genuine belief. I’d guess some judgmental whispers might bleed well into next season.

But, at this moment, Anthony and Kate couldn’t care less. Finally, after eight episodes, they’ve allowed themselves a moment of unity, a moment of vulnerability, before their peers. After the dance draws to a close, they meet out in the gardens to discuss the future—Kate is still India-bound, after all—and Anthony shoots his shot: “I love you,” he admits, to the gentle gasps of viewers everywhere. And, Dear Reader, we all know she loves him, too. But is it not still a sheer delight to hear her speak it aloud?

But worst of all, Eloise (Claudia Jessie) discovers that her dearest friend, Penelope Featherington (Nicola Coughlan), is the one who revealed her secret relationship with a printer’s assistant (Theo, played by Calam Lynch) to the ton. That’s right—someone besides the modiste finally knows Whistledown’s identity, and Eloise is considerably less pleased about it. Penelope’s no good, very bad night gets worse when she listens in on her crush, Colin, talking about her with his friends. Of course she’s within hearing distance when he (more or less) admits he’d never even consider dating her. Ouch.

Such revelations set up much of the drama to come in season 3. We have reason to suspect Colin, not Benedict, will be the leading man next chapter, which means that Penelope might finally get her crack at a love match. But with Pen in the spotlight—and under the microscope—will she be forced to let Whistledown go for good? Or might Colin embrace his (theoretical) bride’s talent for gossip? And what about Eloise? Will she tell the ton of her recent discovery? Will she convince Benedict to stop being an imbecile and paint his pretty naked portraits anyway?

For now, we don’t have many answers. What we can appropriately assess now, friends, is the sex. Did its (relative) absence ruin the bulk of season 2? I’d like to make a foolhardy case for “Absolutely not.”

Look how happy they are!!!

It’s true that the culmination of Kate and Anthony’s yearning could have been more provocative; I’ll admit that garden sex scene lacked finesse. And, yes, we missed out on numerous explicit moments from the book season 2 was based on (in particular, the infamous venom-sucking). These are understandable complaints. But, revisiting the finale, I’d argue Bridgerton season 2 played out what would otherwise have been eyeroll-worthy tropes with skill, largely through Bailey and Ashley’s commitment to the bit. Breathlessly pining enemies-to-lovers is as classic a cliché as they come. And yet we care about Kate and Anthony’s eventual marriage, when we really should be sick of their blathering excuses! Indulging in these tropes—letting them slide to their extremes, as Bridgerton does by making Kate and Anthony wait to reveal their attraction until they’re literally standing at the altar—can actually work in a show’s favor. Season 1 might have eschewed the average period romance’s stereotypes by putting the hot and heavy on full display, but season 2 employed similar tact by leaning in to its own tropes.

As Bailey put it to USA Today, “What you lose in sex scenes you gain in a deeper human understanding, which hopefully enriches the world so that the future intimacy scenes won’t be the heavy feature, and [you] won’t have to lean on them as much.” I’m not sure how much Bridgerton brings us closer to “deeper human understanding,” but I do think the actor’s onto something anyway: The show is leaning less on literal sex scenes and more on what carries them—on the parts that make the sex scenes, ideally, sexier. After all, sex on the internet is easy to find. But a good story around that sex? An intangible, irreplaceable chemistry between the leads? A much rarer discovery, indeed.

The finale’s sub-plots aren’t as compelling, but they do set up a third season that can take the second’s tropes—a jilted bride, a best-friend break-up, an unrequited love, a misunderstood (and maybe queer?) artist—and obliterate the expectations surrounding them. That’s what excites me about where Bridgerton is headed: Once the tropes themselves are laid bare, they can be remixed and reinvented. Given that season 3 already seems headed toward a departure from the books, I anticipate juicy creative developments to come. Just don’t expect Kate and Anthony to crawl out of bed for them any time soon. 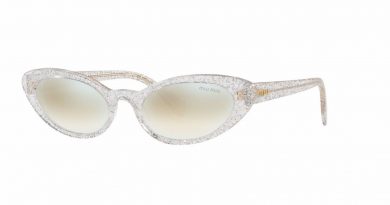