A document from the Economic and Financial Crimes Commission (EFCC) and the Central Bank of Nigeria has exposed how the Sokoto State Government led by Governor Aminu Waziri Tambuwa stole, diverted about N189 billion from the state-owned accounts to private individuals.

The document signed by DCE AS Abubakar and addressed to the chairman of the commission, Abdulrasheed Bawa revealed that ‘unusual transactions’ were uncovered in the accounts from January 1st, 2015 to August 31st, 2021.

“The Department recently carried out financial profiling of the Sokoto State Government. This profiling was aimed at identifying the state government’s accounts that may have been exposed to Diversion, misappropriation of public funds and money laundering by government officials,” part of the documents obtained by SaharaReporters read. 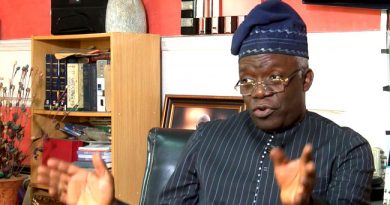