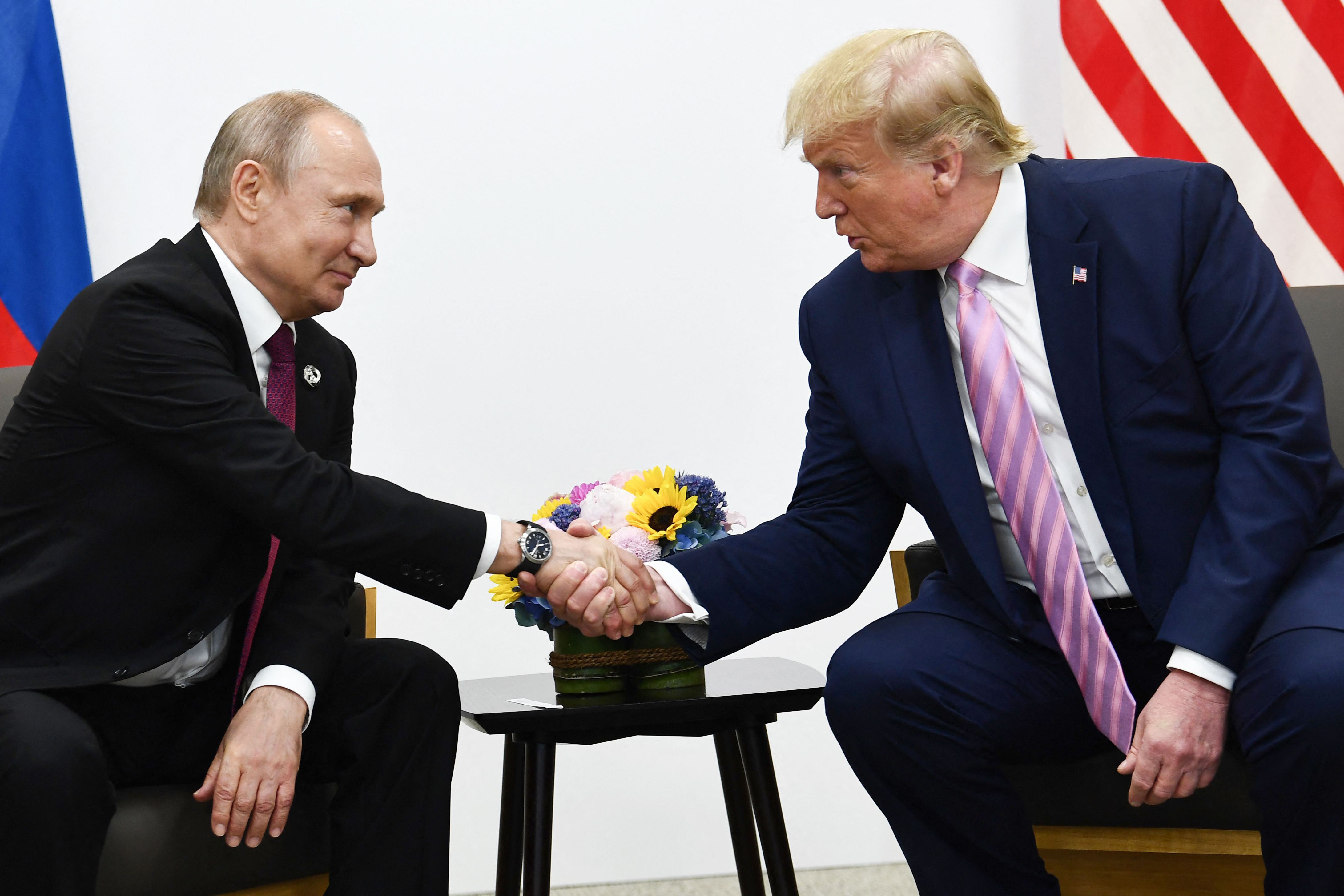 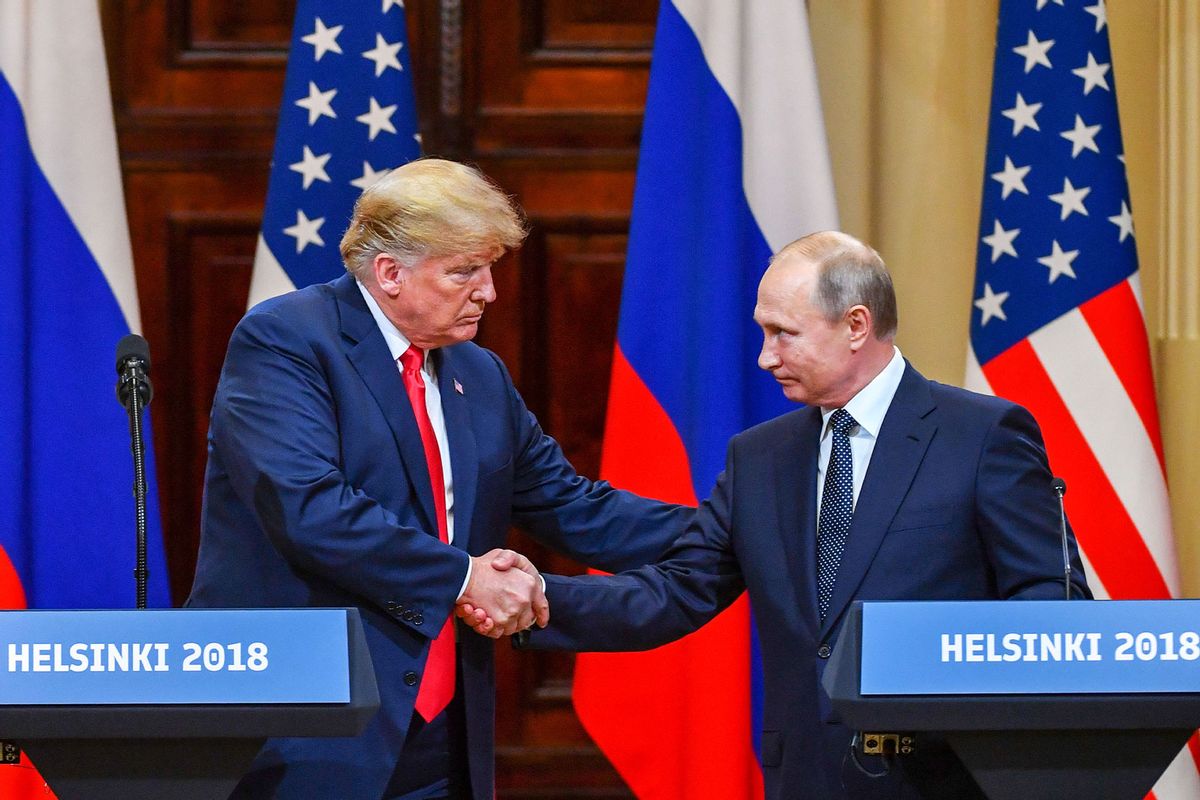 Last week while in southern Ukraine, I ran into a woman who had once lived in the United States. She told me that life here had reminded her of a runaway hay wagon on fire rolling into a small village. Instead of fleeing or trying to put the flames out, the American people argue about who’s at fault for starting the fire while the village burns.

A day after I heard that sage observation I was in Poland, where President Biden was speaking. He made a comment about Putin that was nothing more than a heartfelt observation following a prolonged meeting with Ukrainian refugees. “For God’s sake, this man can’t remain in power,” he said. The world cheered and Biden’s over-protective staff cringed, trying to walk back or clarify the statement less than an hour later. Then the president came forward the following day to clarify the clarification, standing by what he said in the first place and further explaining it.

To me, it was like watching people beat the guy to death who said the villagers should get water and put out  the fiery hay wagon.

I got home just in time not to watch the Oscars ceremony and after the “slap heard around the world” made its way into my social media feed, I couldn’t be bothered. I muttered that I’d just seen displaced people, maimed and injured Ukrainians and colleagues who had died trying to report on the war. I really didn’t care who slapped who or why.

That made a few people angry. I’ll stand by my initial reaction. Arguing over a single stick on fire while the wagon burns seems silly to me, but I will say this: We seem to have forgotten the old adage about sticks and stones, and my father’s warning about starting fights. As a comedian, if you have to worry about getting slapped every time you make a joke that doesn’t land, well, there are either going to be a lot of bruised comics or a lot less comedy in America.

RELATED: Will Smith and the function of a slap – what it means for comedy and comedians

And that, my friends, is what the fiery wagon actually means for us: We’ve lost the ability to reason, along with our sense of humor. We’re not arguing over who’s at fault for the fiery wagon, we’re frozen in fear of it. Some of us aren’t even sure the wagon’s on fire. No one will joke about it.

That, by the way, is precisely the goal behind the steady stream of disinformation we’ve been fed by our politicians and press for at least the last two decades. We are fearful, brittle and unable to laugh — or even just frown at a bad joke. Unable to argue about who’s at fault for the fiery wagon, some of us are just pouring gasoline on it.

Those who are encouraging the fire are also stifling those who are trying to put it out — sometimes making us doubt the fire can or should be extinguished.

Take, for example, a question I asked of Kate Bedingfield, the White House director of communications, who briefed the press for the first time on Tuesday. She stepped up to the podium because Jen Psaki and her principal deputy, Karine Jean-Pierre, are both out of the office due to COVID. They’re both fine, apparently, but staying home for now.

Bedingfield did well in her first outing, even laughing off a ridiculous question about a hypothetical bombing by Israeli forces that sounded as if it came from the mind of a five-year-old. But she couldn’t or wouldn’t explain the administration’s inability to assist Ukraine in providing air cover over its own skies. Granted, a “no-fly” zone administered by the U.S. military would inevitably lead to a confrontation with Russia that few but Vladimir Putin seem to want. There are other ways to assist, however. Ukrainian authorities I spoke with recently suggested a lend-lease act, similar to the one enacted to aid European allies before the U.S. entered the last major ground war in Europe (that would be World War II, for those who wonder). So I asked:

Has that been approached? Has the administration considered that?

Bedingfield: Well, I think the President has been explicitly clear that he does not intend to engage U.S. troops in any way in direct conflict with the Russian military.

Right. But this wouldn’t be troops.

This wouldn’t be troops. They’re talking about lend-lease for the aircraft, and they would supply the pilots.

Bedingfield: So, I guess, a couple of things: One is the assessment of our military is that the anti-air, anti-tank, the munitions that we’re providing to the Ukrainians are the most effective things that they can have on the battlefield. That’s the assessment of our military commanders and, of course, something that the president factors significantly into his decision making.

The second thing I would say is that, again, he has been very clear that he is not interested in engaging the U.S. military in direct conflict with Russia. And there are — for example, on the question of the MiGs, there are significant logistical challenges that may raise those issues. As to whether there’s a specific discussion about lend-lease, I don’t have any further detail that I can provide on that, except to just lay out those two key points that have really been driving the president’s thinking and decision making on this.

That would be a classic example of a non-answer, kind of like answering the question of whether or not the wagon was on fire by saying, “Squirrel!” and pointing in the general direction of the nearest tree.

The amount of disinformation and misinformation about air superiority in Ukraine has been exacerbated by poor reporting, thus confusing the issue and perhaps the administration’s response. Maybe the White House doesn’t want to tell us the truth for fear we’ll misunderstand the answer. It’s hard to believe that Biden is unaware what lend-lease is, though perhaps Bedingfield is; still, the larger question remains about the need for Ukrainian air support. Our military assessment of what Ukraine needs doesn’t jibe with the fact that the country keeps getting bombed with impunity — so why can’t we put out that fire?

Biden recently pledged another $500 million in military aid for Ukraine. We’re already supplying a wide variety of high-tech munitions, so you have to wonder why a few airplanes that Ukrainians can fly themselves aren’t in the offing. Shortly after noon on Tuesday, Biden seemed to address that in a brief statement after speaking with Ukrainian President Volodymyr Zelenskyy. He said they had discussed weapons the U.S. has already contributed and “the critical effects those weapons have had on the conflict, and continued efforts by the United States with allies and partners to identify additional capabilities to help the Ukrainian military defend its country.”

Meanwhile, Donald Trump has a thing or two to say, of course. Keeping it real, Trump issued a press statement at about the same time I asked that question in the briefing, saying it was “100 percent true” that he’d made a hole-in-one on the seventh hole at the Trump International Golf Club in West Palm Beach. “Many people are asking,” Trump said in his statement. “Anyway, there’s a lot of chatter about it, quite exciting.”

A short time later, he asked Putin to release information about Hunter Biden’s laptop. At least we know he’s got his priorities straight.

Turns out Trump is the guy who doesn’t care about the fiery wagon or the burning village unless it benefits him — and in the meantime, he wants you to know how great he is at golf.

Billy Joel was right: We didn’t start the fire, but we sure as hell have added to the conflagration.

That’s where Putin and his demonic endeavors thrive — in the middle of horror, strife and war. As it turns out, he lit the wagon on fire and pushed it into the village. He and others like him, including the traitorous Trump and all his minions, have purposely misled the rest of us so they can loot the village as it burns. Of course it’s possible Trump is merely the village idiot con-man.

Michael Cohen, Trump’s former fixer and now one of his greatest critics, told me something recently that puts all this into perspective. He said he had told an acquaintance who still loves Trump that he only feels that way because he’s still making money off Trump. The man nodded in the affirmative and Cohen said, “You’re willing to sell democracy for a dollar? When democracy is gone, do you think you get to keep the dollar?”

The rest of us have to prioritize our response. Put out the fire. Prosecute the arsonists. Rebuild the village. Together.

We can do without the village idiot and the guy who set the wagon on fire.

Read more from Brian Karem on the Biden White House:

Go Behind the Scenes of the Best Hotel in Marrakech

Susan Collins’ challenge: Call for the impeachment of Brett Kavanaugh

“You don’t have a vagina”: Whoopi Goldberg takes Joe Manchin to task on abortion rights