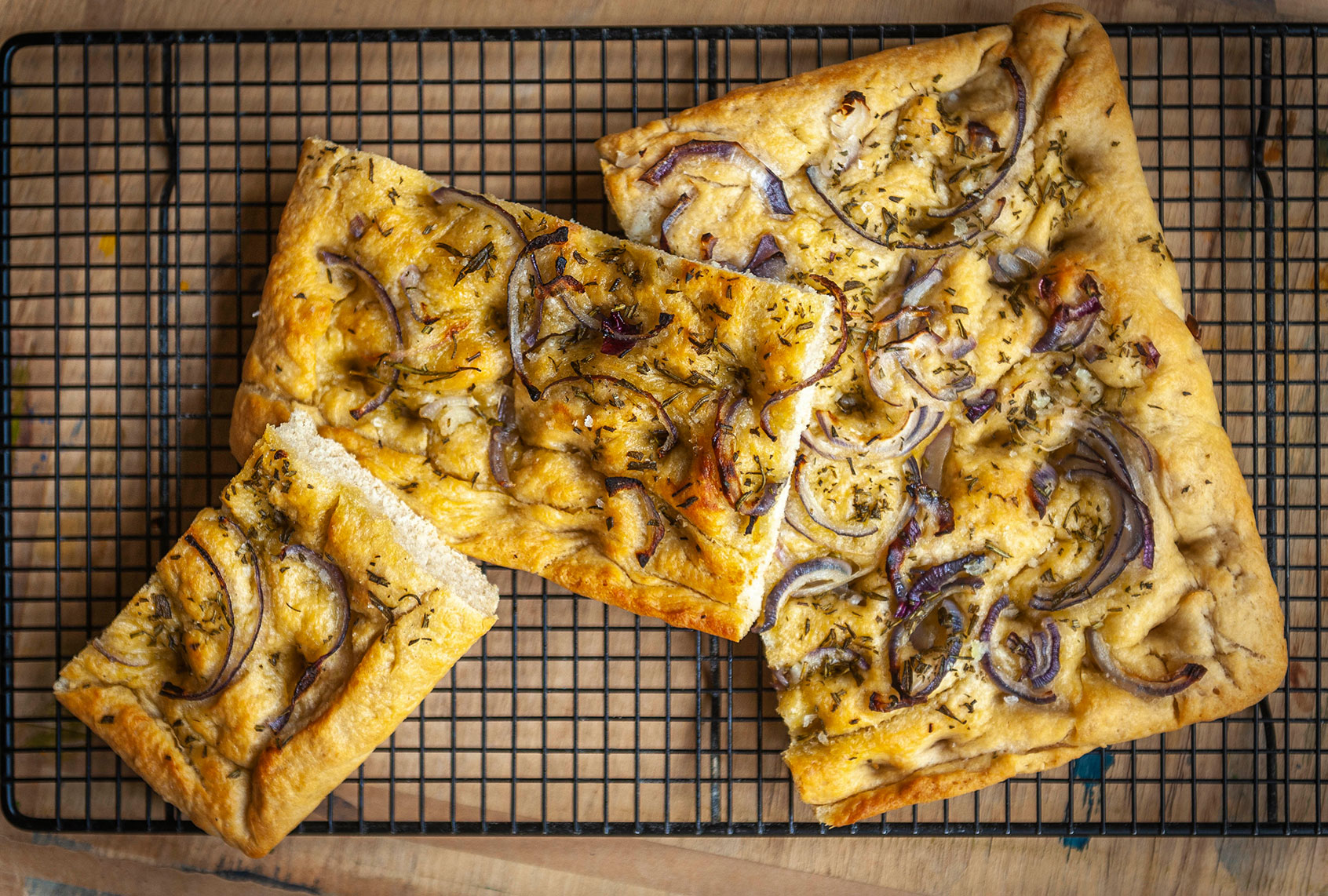 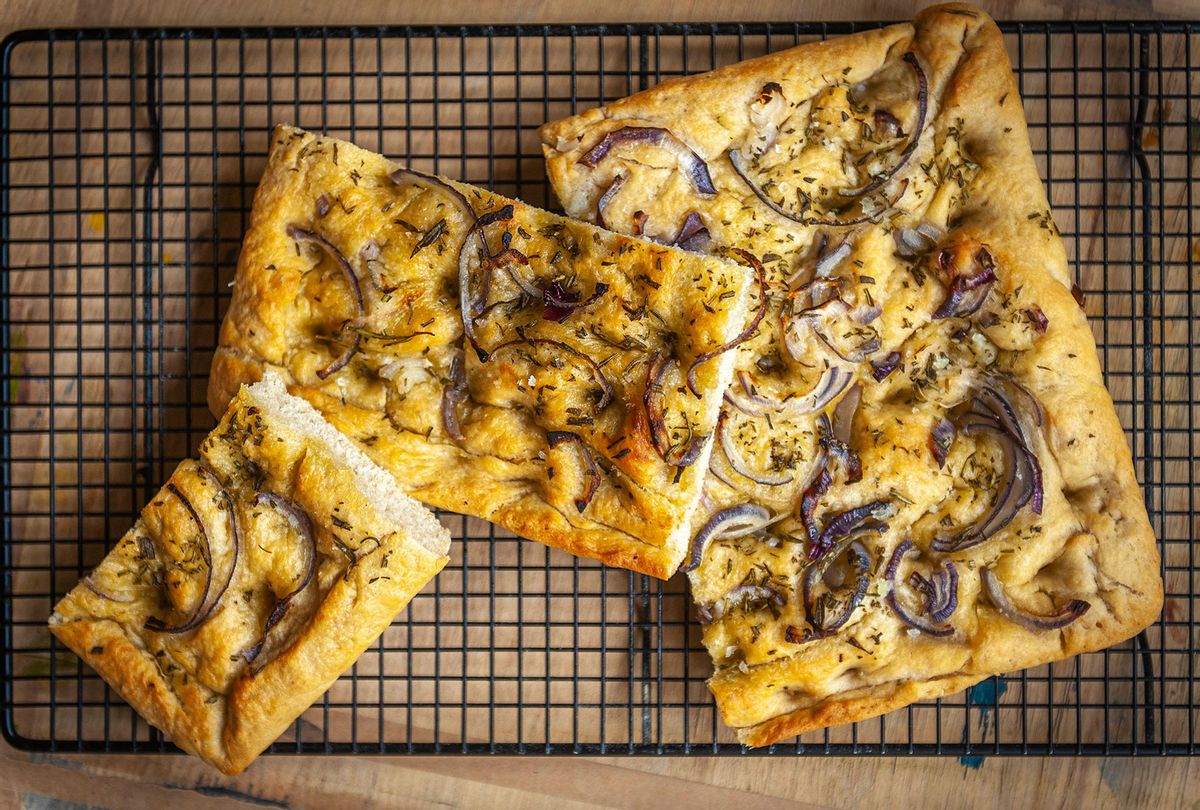 Once the pandemic hit, the types of content shared in my bread baking groups on social media slowly began to shift. As grocery store shelves thinned out, there were desperate pleas to buy flour and yeast from fellow bakers. Hoards of new members began sharing photographs of their sourdough starters; the new ones were welcomed with names, while the old ones were mourned when they stopped bubbling. What’s more, a certain genre of video began to dominate timelines.

The videos all began in a similar fashion. The camera would linger on a bulbous, smooth ball of airy dough until a hand appeared out of frame to punch the center like a boxer jabbing at a bag. It would, of course, deflate, and the camera would again linger on the indentation. The comments section was populated with some variation of the words “so satisfying.”

After the first rise, many recipes call for the baker to deflate — or “punch down” — the dough. It’s an important step: When the dough is punched down, the yeast cells are redistributed. They form a closer bond with the moisture and sugar, which aids fermentation and improves the second rise.

To boot, it was a moment in time when seemingly everyone was “rage baking” or “stress baking.” As a result, there was something inherently satisfying about this part of the bread-baking process.

It was also around the same time that I began to bake focaccia. I, too, derived pleasure from feeling the weight of the dough sink underneath my clenched fist. It felt not only controlled but also intensely dramatic. I could see Nicolas Cage’s Ronny Cammareri, the charismatic baker from “Moonstruck,” raging about something while aggressively punching an industrial-sized vat of dough. (I could see it so vividly that I had to rewatch the movie to see if such a scene actually existed; it doesn’t.)

Though the process was satisfying, my focaccia was always a little bit . . . off. While the focaccia I loved to order from bakeries and restaurants had an airiness and lightness, mine always looked compact in comparison. I turned to my bread baking groups for help. Everyone had a suggestion: buy a different flour, use sparkling instead of still water in the dough or pray to the bread gods for mercy.

Nothing really clicked until a helpful commenter posted a YouTube video of professional baker and cookbook writer Claire Saffitz making focaccia. “Skip ahead to 6 minutes in,” they wrote. “I think this will help you.”

Related: Baking our way through survival

At this point in the video, Saffitz’s focaccia has completed its first rise. Instead of punching it down, she makes a point to gently fold the dough instead.

“I’m going to go down around the sides and lift it up,” she said. “Then I give it a little wiggle and give the bowl a little turn.”

Saffitz repeated this step over and over until beautiful pockets of air formed under her fingers and bubbled up to the surface of the dough ball. Those bubbles remained through the second rise and the baking process, leaving the finished product similarly light to the bakery focaccia I so coveted.

The next day, I pulled out my ingredients to attempt the same technique — and it worked. My focaccia went from flat and dense to fully-risen with a gorgeous open crumb. There’s a bread baking technique to back this up.

As Elizabeth Yetter wrote in her helpful primer “How To Punch Down Bread Dough,” the more air pockets “you can remove from the dough, the finer the grain (or crumb) will be.” While that’s great for sandwich bread or sweet rolls, it’s not as desirable for loaves, like focaccia, where you want airiness.

I feel as though there’s some metaphor here, right? At this point, we’re years into the pandemic. After the world has punched us down (so much), maybe a gentler touch is what we need in order to thrive. However, if you find yourself wanting the palpable satisfaction of punching into a ball of dough, perhaps pie crust is in your future?

This piece originally appeared in The Bite, Salon’s weekly food newsletter. Sign up here to make sure you don’t miss any original essays, how-tos and recipes.

Read more of our favorite stories about bread:

Can Labor Activists Be Style Icons?