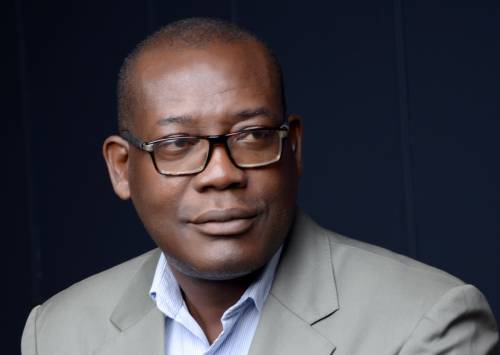 So, it has almost been confirmed! The Nigerian President, Muhammadu Buhari will probably leave office a notorious failure and in disgrace. He had vehemently prayed, hoped, and rejected the notion that his reign as the fifth democratically elected president of Nigeria would end in failure. He must have seen the handwriting on the wall because we did not even realise how much he feared failure – until he told us that the bandits and terrorists were trying to disgrace him, but that he would not let it happen.

Well, the former General of the Nigerian Army who is now the president is being beaten black and blue on all fronts by the bandits and terrorists. They are still killing, burning, and raping for fun. And each time they commit these atrocities, they mock the Nigerian people and their president. It is as if they are saying, “Catch me if you can. Na who born you?” The successes of these wicked and malevolent harbingers of violence and death are without prejudice to the brave and heroic efforts of our soldiers, policemen, and DSS officials who gave their lives in the various theatres of death in the country to keep us free.

And we are not even talking about the man who pretends that he is the executive governor and chief security officer of Kaduna State, Nasir El-Rufai, who some ‘uncouth’ and ‘unkind’ people call ‘Hell Rufai.’ His state, especially Southern Kaduna has become the epicentre of murders and mayhem. And this is most strange because he was the one who told us how they negotiated with the killers in the past with bags of money, begging them to stop killing innocent people.

And the other man, the information minister, Joseph Goebbels – sorry, Lai Mohammed just said a few days ago that Nigeria is safer today than in the past. If he has any conscience, let him get into the grave with the over 84 innocent victims of the recent Southern Kaduna killings that took place about a week ago and see how the dead will react to his outlandish claims.

Besides, by now, the experience should teach those in government that any statement or boast about how the government is dealing with or has dealt with Boko Haram usually results in punitive action from the terrorists. At various times, when the president, information minister Lai Mohammed, former chief of army staff, Tukur Buratai, all infamously claimed that the government had technically defeated Boko Haram, they responded in ‘spectacular,’ brazen and despicable manners in which many Nigerians were killed. The recent train terrorist attack on passengers on the Abuja-Kaduna rail line follows the same pattern, after the claim by Goebbel – sorry, Lai Muhammed that Nigeria is now safer.

If the terrorists, herdsmen, kidnappers, and bandits end up truly disgracing President Muhammadu Buhari (I pray that they don’t succeed oo), it will not be the only failure that he will face. I fear that more calamitous judgements await him in other areas. While insecurity has brought him much shame, the economy has demystified him, and corruption has emerged as absolute king and now walks with unparalleled swagger in Nigeria under his administration.

And it is amid these absolute failures, we hear the pot calling the kettle black. APC is telling Nigerians how bad PDP is. El-Rufai told us not too long ago not to make the mistake of going back to where we were under the PDP. And as he did so, Lai Mohammed reminded us that the PDP is a demolition gang and that Nigerians will never allow them back to power. Lastly, President Muhammadu Buhari promised that the PDP will never be allowed to put their dirty hands on Nigeria again.

Hypocrisy sometimes has no boundaries and limits. That the PDP was notoriously bad is not a matter of debate. That is why they were booted out of power. That Nigerians once considered them as armed robbers was not a matter of dispute – until they ran into the APC and realised that the PDP were pickpockets while the APC were the armed robbers. And we will not contest Lai Mohammed’s description of the PDP as a demolition gang. They are! But that will make the APC the very definition of landmines, rocket launchers and explosives.

As for President Muhammadu Buhari’s expletives on PDP having dirty hands. It is true! But what do we do about the filthy hands and bodies of the APC? They are completely mired in filth. Lastly, El-Rufai should not give Nigerians the option of going back to the past because Nigerians will prefer to go back to the PDP period of the low exchange rate, lower fuel and diesel prices, lower cost of food items, lower inflation, over 7 per cent growth in GDP, etc. They will prefer to go back to Egypt of the PDP rather than the hell that is the APC promised land.

But is there really a great difference between both? No! Can we expect salvation from any of them? No! It took the PDP 16 years to cause serious damage to the Nigerian economy. It has taken the APC just seven years to equal and surpass the damage that the PDP wrought on our country. The outcome of the APC ascension to political power at the centre has relatively deodorised the PDP’s years of corruption and made them look more saintly than the APC whose nefariousness, propaganda, and villainous exercise of power are unmatched.

At least the PDP had the grace to acknowledge their failures and ask for forgiveness, even if Nigerians were not impressed, did not forgive, and viewed the apology as shedding crocodile tears. APC, on the other hand, in the fullness of self-righteous indignation and falsehood, after seven years in power continues to blame the party that left power seven years ago for their own failures.

Karma is indeed a b–tch, and nemesis has a long memory. And these two entities of retribution and punishment are hot on the heels of the president and the APC for making claims of virtues that they never possessed. Now, ignominy and disgrace are staring them in the face.

Trump rages on Truth Social after Jan. 6 report blames him for Capitol riot