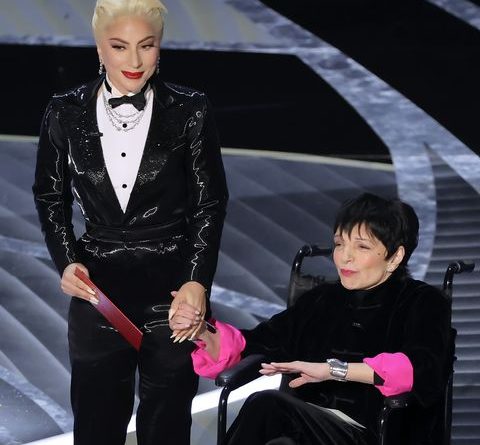 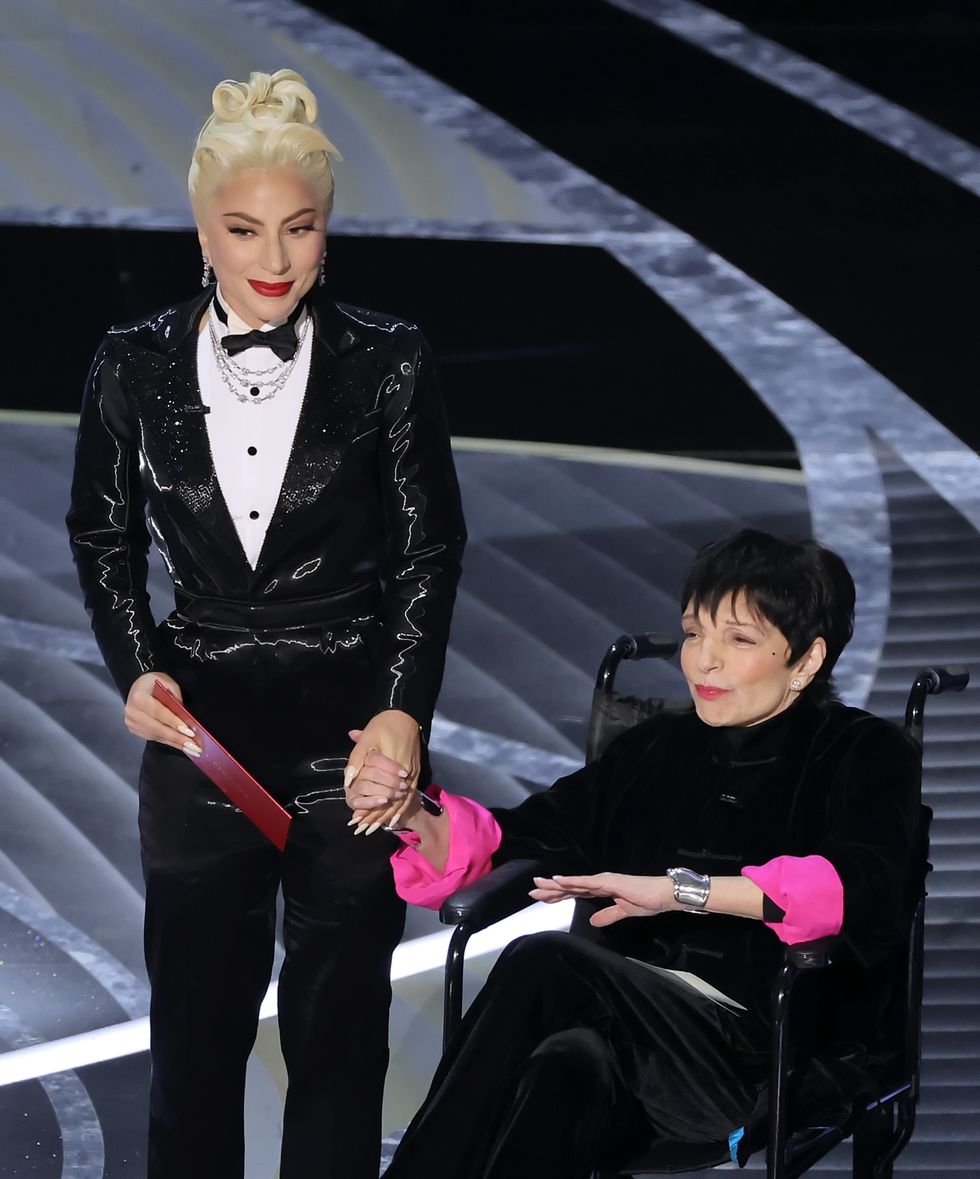 Lady Gaga may not be a Best Actress nominee tonight at the Oscars, but as the final ceremony presenter, the House of Gucci star saved one of her most dazzling award season outfits for last. Gaga stepped out on the Academy Awards stage with Liza Minnelli wearing a black sparkly suit. She wore her hair up. It was her second look of the night.

Gaga addressed the Academy’s snub of her and House of Gucci with grace when nominations were announced in February. The film only landed one nod for Best Makeup and Hairstyling.

Gaga celebrated that recognition by congratulating her longtime hairstylist Frederic Aspiras on Instagram.

“I could not be happier for a man I call my brother, who I’ve worked with for the last 15 years, @fredericaspiras, for his nomination in Makeup & Hairstyling for House of Gucci,” she began. “Frederic was magical, precise, and dedicated months leading up to shoot and during filming. He prepared dozens of wigs for months and months, and did at least a year of preparation. He’s a living genius and Freddie, we are all so greatful [sic] to just even be near your talent, creativity and generosity of spirit. You continue to show your artistic DNA, your plan, your vision, and your deep connection to your family that drives you to excellence at all times. I love you, I’m rooting for you.”

“And to all the nominees this year, congratulations on all your hard work, dedication, your nomination and YOUR magic—you all deserve major recognition for what was a truly beautiful landscape of performances and accomplishments this past year,” she continued. “Your dedication during Covid, your huge hearts, and your ability to tell amazing stories is a gift to the whole world during what is for many a very hard time. Congratulations my friends. Bravo!”

GOP officials refuse to certify primaries: “This is how Republicans are planning to steal elections”

Is the Marvel Cinematic Universe getting too big?