The new National Chairman of the All Progressives Congress, Abdullahi Adamu was once described as a deceptive, manipulative and desperate liar by a sitting Senate President of Nigeria.

In 2018, Adamu, who was then a former governor of Nasarawa State, was described as such by the former Senate President, Bukola Saraki.

Saraki made the allegations while reacting to statements allegedly made by Adamu. The latter had allegedly accused Saraki of referring to a former senator, Dino Melaye as a “clown” in a private chat with him.

Reacting, Saraki described Adamu as nothing but a “compulsive liar and an unreliable man who will do or say anything to suit his situation at any point in time”.

This was contained in a statement issued at the time by Saraki’s Special Adviser on Media and Publicity, Yusuph Olaniyonu.

Saraki said he could not have referred to Melaye as a clown, “knowing that from available records, Senator Melaye has so far outshined and has performed better than Senator Abdullahi in terms of the number of bills sponsored, motion raised and contributions to the debate on the floor.”

“I have deliberately ignored the antics of Senator Abdullahi Adamu, especially his constant media attack on me and the Senate since the Economic and Financial Crimes Commission (EFCC) dusted his file on alleged case of corruption and also went ahead to arraign his son in court. So far, I had refrained from responding in kind out of respect for his age.

“However, it seems he has misread my maturity and respect for docility. He feels the best way to play his self-survival game and ingratiate himself to the government in order to save his skin is for him to be seen to be fighting Saraki, even if that would require him to tell brazen lies and peddle mischief in his old age.

“Again, I restate that Senator Adamu is a deceptive, manipulative and desperate liar. He only says what suits him as the occasion demands. I urge people to check his contributions on the floor before the EFCC moved against him and his son and they will see that this is a latter-day, selfish supporter of President Muhammadu Buhari.

“We know what he was saying about the President and his administration and what should happen in 2019 before then during discussions with our colleagues, particularly the former governors in the Senate. I specifically recall some statements he made on the President and his administration during an official trip we made together to Morocco in March last year. At the appropriate time, we will give more details.”

It added, “Well, since Senator Abdullahi Adamu became the attack dog of the executive in the Senate, using language unbecoming of a man of his age against me and other colleagues who he perceived he needs to disparage to reassure his handlers in the Presidency, I have realised that he simply deserves our sympathies. I am sure those he thinks he is working for know he is a man who is only useful for the present moment.”

On Saturday, the APC held its national convention and Adamu being President Muhammadu Buhari’s preferred candidate emerged as the national chairman through a consensus.

This is despite the pool of allegations levelled against the erstwhile founding member of the Peoples Democratic Party.

SaharaReporters had reported how Adamu, who served as governor of Nasarawa between 1999 and 2007, was in March 2010 arraigned by the Economic and Financial Crimes Commission (EFCC) at the Federal High Court in Lafia.

In 2018, Nuraini Adamu, his son was also arrested alongside one Felix Onyeabo by the anti-graft agency for allegedly getting a contract with forged documents. 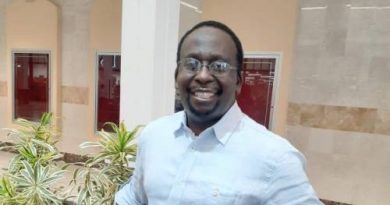