France midfielder Paul Pogba said his World Cup winner’s medal was among the items stolen during a burglary at his home last week.

Pogba’s house was broken into on March 15 while his children were sleeping, with the incident taking place during Manchester United‘s Champions League match against Atletico Madrid at Old Trafford.

The 29-year-old won the 2018 World Cup when France beat Croatia in the final in Russia.

“There were jewels from my mother, my world champion medal,” Pogba told French newspaper Le Figaro on Tuesday.

“What scared me the most was that my two children were at home with the nanny during this incident.

“She overheard everything, called my wife and security, then locked herself with the boys in a room. For several days, she was shocked. The main thing is that my children are well.”

Pogba, who is in the France squad for friendlies against Ivory Coast and South Africa, also opened up about the mental health issues that he has faced during his career, particularly under former Man United boss Jose Mourinho.

“I’ve had depression in my career, but we don’t talk about it,” he said.

“Sometimes you don’t know who you are, you just want to isolate yourself, be alone. These are unmistakable signs.

“Personally, it started when I was with Jose Mourinho at United. You ask yourself questions, you wonder if you are at fault because you have never experienced these moments in your life.

“All top athletes go through these moments but few talk about it. Inevitably, you will feel it [depression] in your body, in your head, and you may have a month, even a year, where you are not well. But you don’t have to say it. In any case publicly.

“We earn a lot of money and we don’t complain really, but that doesn’t prevent us from going through moments that are more difficult than others, like everyone else in life.” 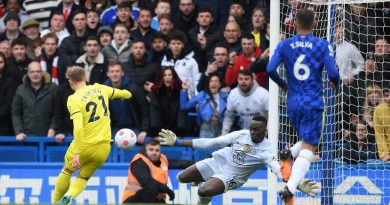