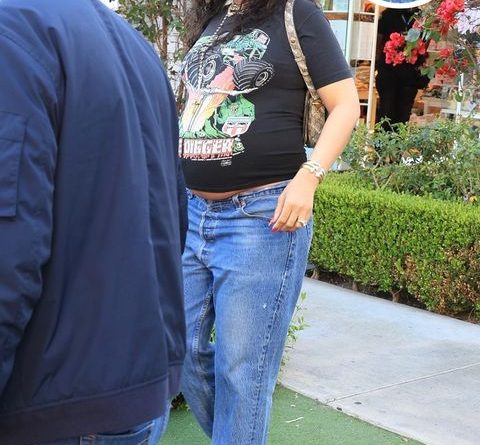 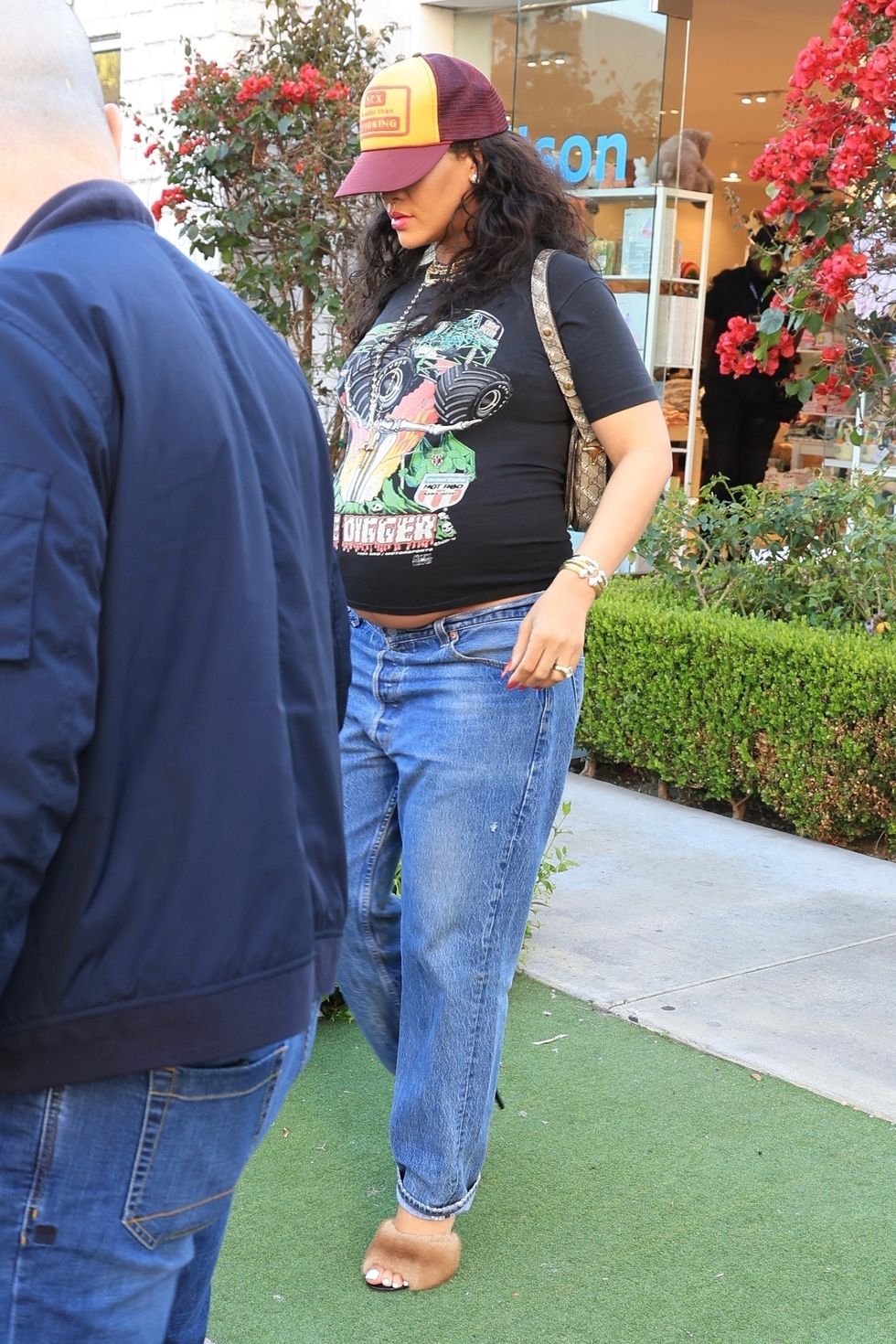 Rihanna sparked speculation she and her boyfriend and baby’s father A$AP Rocky may be getting married when the pregnant singer was photographed out wearing a stunning diamond ring on her left ring finger.

Rihanna was out shopping for baby clothes in Los Angeles’ Kitson Sunday. She wore a vintage Grave Digger monster truck T-shirt with jeans, a statement hat that read “Sex is safer than smoking,” and a Gucci Balenciaga purse. Rihanna hasn’t addressed rumors that she and Rocky are engaged, and the ring could be just a fashion statement piece. Time will tell.

Rocky did speak to GQ last year though about how he considers Rihanna to be the love of his life. Dating her versus playing the field is “so much better,” Rocky said. “So much better when you got the One. She amounts to probably, like, a million of the other ones. I think when you know, you know. She’s the One.”

He also addressed his feelings on becoming a dad. “If that’s in my destiny, absolutely,” he said. “I think I’m already a dad! All these motherfuckers are already my sons—whatchu talkin’ ’bout!” He laughed. “Nah, but like, I think I’d be an incredible, remarkably, overall amazing dad. I would have a very fly child. Very.”

Shortly after Rihanna and Rocky announced they were expecting their first child, a source close to the couple spoke about their relationship to People.

A longtime friend of hers, Rocky “doted on [Rihanna]” from the “very beginning” of their romantic relationship. “A lot of guys have tried to sweep her off her feet, but Rocky actually managed to do it,” the source said. “He’s over-the-top romantic and sends her rooms full of flowers all the time. She’s never felt this way before and this relationship has changed her.” 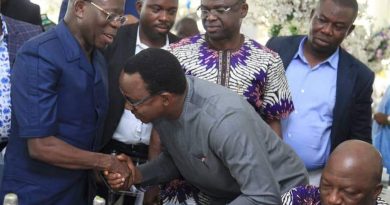