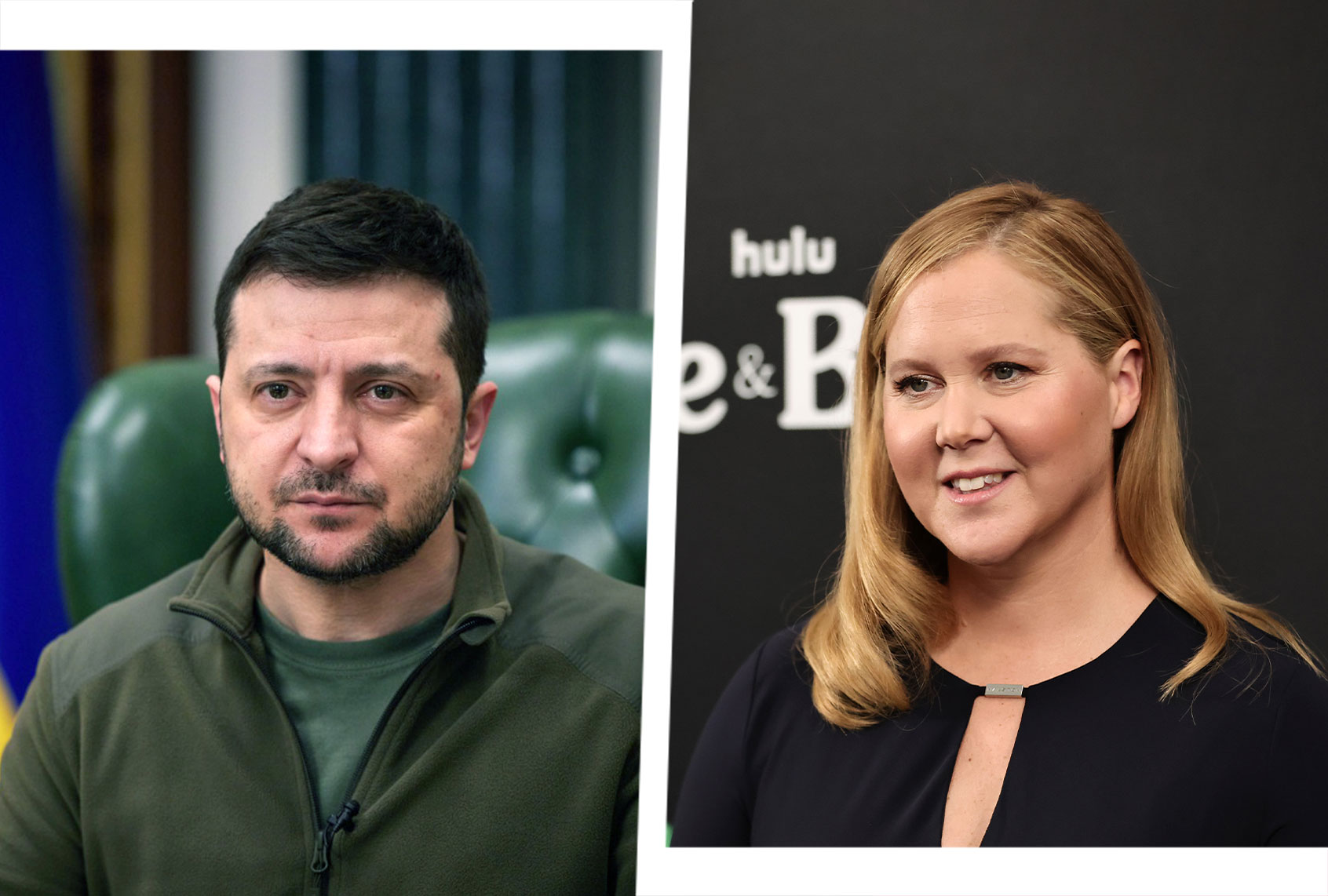 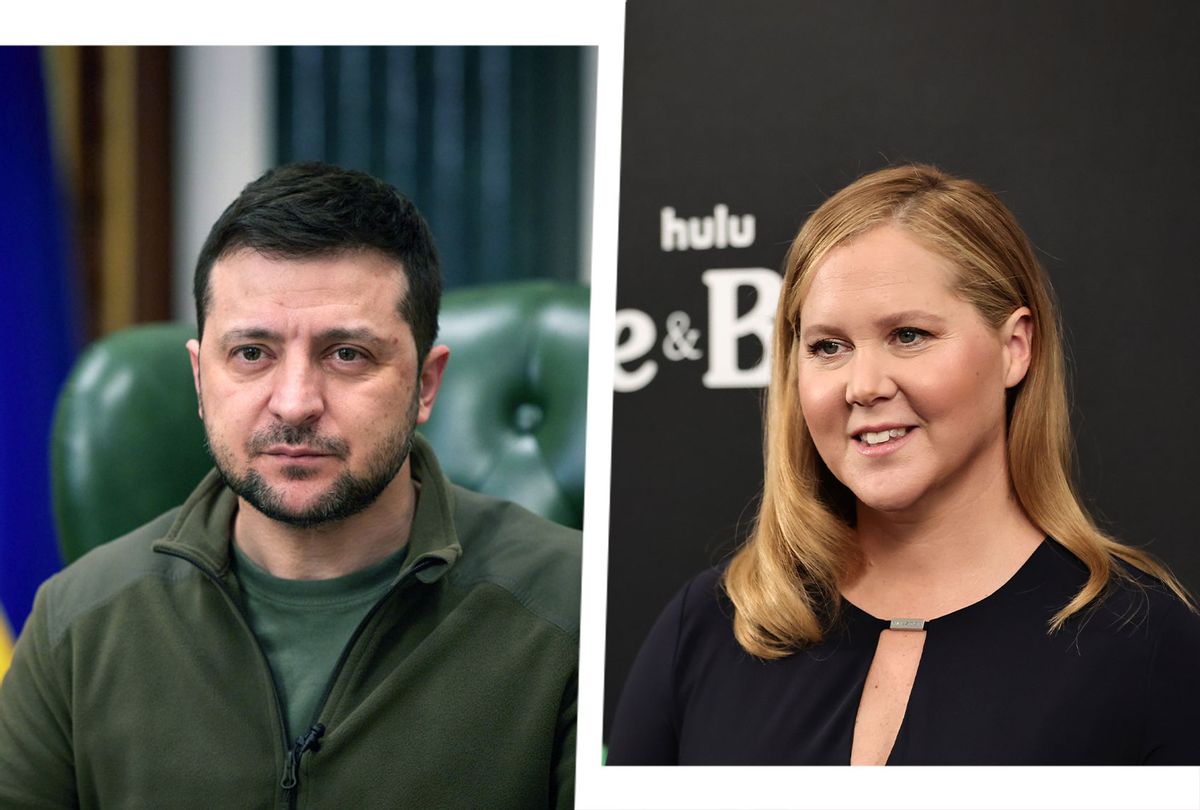 Amy Schumer, who is co-hosting the Academy Awards alongside Regina Hall and Wanda Sykes, has made it clear that she’s “going all in” for Sunday’s ceremony with her jokes, stage presence and even a ludicrous pitch.

In a recent appearance on “The Drew Barrymore Show,” the “Life & Beth” creator revealed that she asked the Oscars producers if Ukrainian President Volodymyr Zelenskyy could virtually attend the ceremony, you know, during Russia’s ongoing military invasion. Her request was ultimately turned down, which was quite disappointing for Schumer.

“I think there is definitely pressure in one way to be like, ‘This is a vacation. Let people forget we just want to have this night,’ but it is like, ‘Well we have so many eyes and ears on this show,'” Schumer told host Drew Barrymore, per Variety. “I think it’s a great opportunity to at least comment on a couple of things. I have some jokes that kind of highlight the sort of current condition. I mean, there are so many awful things happening that it seems hard to focus on which one.”

“I actually pitched — I wanted to find a way to have Zelenskyy satellite in or make a tape or something just because there are so many eyes on the Oscars,” she added. “I am not afraid to go there, but it’s not me producing the Oscars.”

Although Schumer probably had good intentions to support Ukraine, her request comes across as wildly inappropriate and frankly, absurd. The crippling Russia-Ukraine war continues to be a major topic in the global conversation, and there’s no doubt that the conflict will be addressed during Sunday’s ceremony by numerous A-list attendees. That is true of any awards show these days.

That is far different from asking the leader of an invaded country to beam in via satellite to wave at the audience. Is now the best time to ask Zelenskyy — who is practically pleading with foreign powers for support and staying put in his war-torn nation — to take a break from the conflict for a little bit of face time in America? And is attending this year’s Oscars a legitimate use of his time? The answers to both are quite obvious: No and also, no.

Planning such appearances takes time — lots of time, even if it’s pre-taped. Before the war, Zelenskyy had plenty on his plate, but asking him to squeeze in an Oscars appearance now among other matters of life and death is rather, well, selfish.

Let’s be clear. Zelenskyy’s proposed appearance would do nothing to help his cause, really. Schumer’s pitch is predicated on the assumption that a sizable audience even watches the Oscars, whereas awards show ratings have dropped over the last few years, including during the pandemic. The only ones who’d benefit from a Zalenskyy cameo are the Academy Awards, which would be seen as a transparent and gross ratings ploy, and Schumer presumably as the originator of the idea. Again, selfish.

RELATED: The war in Ukraine is not about you: the narcissistic tendency to co-opt tragedy, explained

Yes, Zelenskyy was once an actor and has been using those skills to great effect for his public appearances. But it doesn’t mean he has an agent like any other performer through whom we can book him for his next gig. (It would be a vastly different story, however, if he got in touch with the Academy and asked if he could use their platform for a speech.)

Instead, that performance experience is why Zelenskyy is comfortable using media and other modes of live-video communication to urge Western lawmakers to do more to help Ukraine fight against Russia. Last Thursday, Zelenskyy addressed Congress virtually, asking leaders and officials for more military aid and economic sanctions placed on Russia. He also called actors Ashton Kutcher and Mila Kunis (who is from Ukraine) to thank them for raising $35 million in aid for refugees. And most recently, Zelenskyy delivered a speech to Israeli lawmakers over Zoom, urging them to follow in the footsteps of their Western allies by vehemently opposing Russia.

As for Schumer, the stand-up comedian and actor also appeared on a segment of “The View” where she discussed her upcoming co-hosting gig.

“I’m really excited to do this and I’m also a mean-spirited comedian . . . I consulted my lawyer and he said, ‘You know, you can’t say half of those things,'” Schumer shared. “And so the ones that I can say, I’m going to.”

Kate Middleton and Prince William Were Reportedly ‘Relieved’ Meghan and Harry Left the U.K. After ‘Drama’

Post-Roe, waiting periods for abortions will be even more dangerous