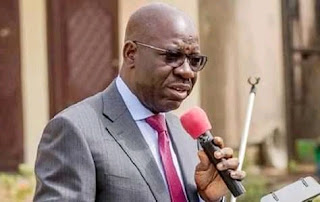 BENIN CITY – The Edo State Governor, Mr. Godwin Obaseki, has received the commendation of residents of Ugbor and Amagba in Oredo Local Government Area of the state for the building plan recertification exercise being embarked on by his administration.

As part of the recertification exercise, property owners and developers within the Benin metropolis are expected to provide their building plans to the staff of the Ministry of Physical Planning, Urban and Regional Development upon demand at their houses and sites for assessment, clearance and recertification.

Speaking to journalists at the weekend, a resident of Amagba, Mr. Kingsley Osayande, commended the state government for the initiative, noting that the exercise will ensure order in the built environment.

On his part, Mr. Emmanuel Ogbebor, who described the ‘operation show your building plan exercise’ as a welcome development, urged other residents to support the efforts of the state government to ensure the success of the exercise.

Ogbebor noted that the initiative will help enhance data collection of buildings in the state and help the government know areas that need urgent attention in terms of development.

Another resident, Mrs. Grace Obagho, said that the exercise will enable the government to collect data of all the buildings in the axis, adding that it will help in planning the development of the state, ensuring the realization of the Making Edo Great Again (MEGA) Agenda.