Presidential aspirant, Omoyele Sowore, has berated a group of former Nigerian internationals for paying a visit to the National Leader of the All Progressives Congress (APC), Bola Tinubu.
On Saturday, the ex-Super Eagles players, which included Jay-Jay Okocha, Nwankwo Kanu, Victor Ikpeba, Peter Rufai, Tijani Babangida, Mutiu Adepoju, and Taribo West, met with Tinubu at his Lagos home ahead of the novelty football match scheduled for Sunday at Onikan Stadium.

The ex-Super Eagles players will take part in a novelty match to mark Tinubu’s 70th birthday.

Sowore said, “Hunger is a bastard! JJ Okocha, Kanu Nwankwo, Victor Ikpeba, Taribo West, and other ex-Super Eagles players paid Tinubu a visit today to endorse him.
“I used to think Victor Ikpeba was a smart person! Shame on these ex-soccer Super Eagles players! Imagine sending them to play for Nigeria as a team in the World Cup after they’ve expired?”
https://mobile.facebook.com/profile.php?id=803267836&_rdc=1&_rdr

Earlier on Saturday, former Super Eagles Defender, Pastor Taribo West, was seen in a video praying “fervently” at an event in honour of Tinubu.
West also prayed for the restoration of Nigeria to its rightful place through Tinubu, which made the APC chieftain pay particular attention to him.
Tinubu turns 70 later this month and has declared his bid for the presidency ahead of the 2023 elections.
West, a UEFA cup champion with Inter Milan became a pastor after his footballing days. 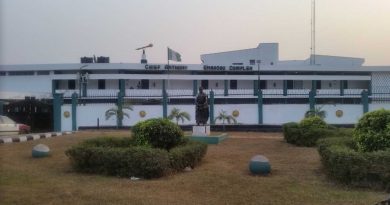 I Too Remember (Going Down Memory Lane With Oladipupo Adamolekun At 80), By Niyi Osundare

Courtesy I have an embarrassing story to tell. But here’s the thing—it’s not about me!—so I feel comfortable sharing it