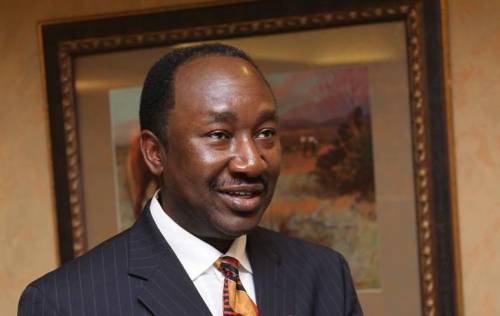 On Wednesday, March 16, 2022, Ukraine President Volodymyr Zelensky teleported his boyish charm and growing authenticity as a brave leader in war-time into the auditorium of the United States Congress.

He addressed the leadership of the U.S., for about 15 minutes, from a location in the Russian war-devastated Ukraine.
Appealing with anguish and an impressive sense of dignity, the former comedian and television star Zelensky, raised the crucial question:
“Is this a lot to ask for, to create a no-fly zone over Ukraine to save people? Is this too much to ask for?”
But American President Joe Biden had stated many days earlier that such an action might lead to a direct confrontation with Russia and the likelihood of a WWIII (World War 3). Biden will not do it.

Zelensky knows communication and the power of visual, videographic intervention. During his virtual address to the U.S Congress, he played a very brief but emotionally persuasive montrage of the unrelenting destruction and indiscriminate killing of children, pregant women and traumatized elderly people and dead children. Many of the members, across party lines had tears in the ears and anguish written all over their faces.

“In your history, you have pages that would enable you to understand Ukrainians,” Zelensky pointed out and made some references to the attack on Pearl Harbor, 9/11 terror attacks, Martin Luther King Jr.’s “I Have a Dream” speech.

Biden will not engage the Russian President Vladimir Putin in the “no-fly-zone” action. He wants to avoid what could escalate into super fighter jets showdown in the skies of Ukraine, and potentially a nuclear showdown! It will not happen under his watch as America’s Commander-in-Chief.

So, Putin has the range and capacity to pound Ukraine until the courageous Ukrainians beg for remedial ceasefire and cessation of the Russian assault!

Biden argues he’s dealing with Putin, the Oligarchs and Russia severe blows through sanctions and isolation, believing and hoping (as he does) that it will asphixiate the big, ruthless Kremlin political economy. Meanwhile, he announced shortly after Zelensky’s speech additional military aid of more than $800 million.

The day before, Zelensky spoke to the U.S Congress, this past Tuesday, March 15, 2022, he addressed the Canadian Parliament. In a friendly cordiality and friendliness fit for the younger generation, he called Canada’s charismatic Prime Minister, Justin Trudeau, by his first name “Justin”. Justin is 50 years (born December 25, 1971) while the endangered hero of the traumatized Ukranians is only 45 years young!chido

Meanwhile, the Senate Minority Leader Mitch McConnell (Republican of Kentucky) has alleged that Biden is guilty of “hesitancy and weakness” and Republican Senator James Risch (Idaho) has dismissed Biden’s aid to Ukraine as being ”too little, too late, too slow.”
Biden will be at the extraordinary meeting of NATO members in Brussels, next week.

On March 17, too, Biden categorically called Russian President Putin “a war criminal” — a characterization the Russian government has with dramatic emphasis desribed as “unforgiveable.” The war crimes court intends to go after Putin.

But the name tagging is growing, too. On Thursday March 10, 2022, North Carolina’s Trump Republican congressman Madison Cawthorn called Ukraine’s globally popular but embattled President Zelensky a “thug”! Yes; amidst the brutal, devastating war levied (into the 4th hellish week) on Ukraine by their super-power neighbour Russia.
“Remember that Zelensky is a thug,” Mr Cawthorn said in a video which he did not plan to make public that his supporters should “Remember that the Ukrainian government is incredibly corrupt and is incredibly evil….” Republican Iowa Senator Joni Ernst, countered her fellow Republican Cawthorn by arguing that “an actual murderous thug called Vladimir Putin” invaded Ukraine. Republican Congresswoman Liz Cheney (of Wyoming) dismissed Cawthorn as “another member of the Putin wing of the GOP”

There are “rules of engagement” which forbid certain levels of violence, such as deliberate attacks and starvation of civilian populations, deliberate decimation of hospitals, and other vicious actions.

Sadly, wars are not pretty and engaging to behold. They are not like beauty pageants or moonlight dances. They are bloody.
Wars are ugly and destructive.

The facts of the punitive and merciless killing of children, bombardment of previously vibrant residential apartments, formerly prosperous cities across the entire Ukraine by the armed forces of Russia continue to raise legitimate humanitarian concerns and the criminal overeach in war and conflict.
Putin, beware of overeach!
— *Dr. Chido Nwangwu, the author of the forthcoming 2022 book, MLK, Mandela & Achebe: Power, Leadership and Identity, serves as Founder & Publisher of the first African-owned, U.S-based newspaper on the internet, USAfricaonline.com, and established USAfrica in 1992 in Houston. He has appeared as an analyst on CNN, SKYnews, VOA, BET news, SABC, and served as an adviser on Africa business to Houston’s former Mayor Lee Brown. @Chido247 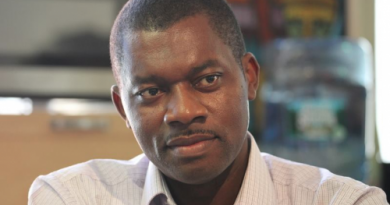