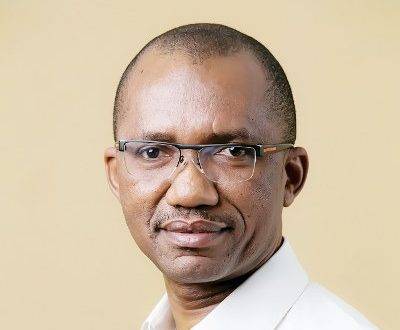 In the midst of our current misery, the Ondo State Governor Rotimi Akeredolu thought we needed something to cheer last week, so he offered a joke, which was telling and disturbing.

In the row between the Governor of Yobe and interim chairman of the All Progressives Congress (APC), Mai Mala Buni, and governors who wanted to overthrow him, Akeredolu, who was on the side of the protagonists, reached into the gutter for words to describe his enemies.

He plumbed the depths, far below the sepsis reached by the sarcasm of Salihu Lukman, the former director-general of the Progressives Governors Forum, and gave gutter language a new lease of life. Akeredolu called governors of his own party, yahoo-yahoo governors.

But Akeredolu being not just a lawyer but a senior advocate and former president of the Bar, knows there is a difference between an allegation and a fact. It’s possible that he was overcome by the poor habit of politicians who hardly talk to make sense. To call governors of his own party yahoo-yahoo, deserves not only the attention of the party but also that of bystanders who should take more than a passing interest in this linguistic slur.

After Governor Nasir El-Rufai of Kaduna State made an unusual appearance on Channels TV and vowed that Buni may return as Alhaji Buni but certainly not as chairman of the APC, it is possible that Akeredolu may have seized on that premature funeral to make his own obsequies. But in doing so, he described governors of his own party in a language which even the opposition may have been reluctant to deploy.

Are we really hostage to yahoo-yahoo governors?

Yahoo-yahoo, a cruel twisting of the search engine, is Nigerian speak for con-artistry; a confidence trickster who earns a living – often outrageously flamboyant living – from transactions guaranteed to leave the other party with the short end of the stick, if not in premium tears.

The ruling APC has 22 governors across Nigeria, but Akeredolu did not name names. He did not say which of them is yahoo-yahoo, but mocking fingers are pointing in the direction of three governors – one in the South-East, one in the North Central, and the other one in the South-West, reflecting a federal character of sorts.

As of the time of writing, Buni, the man who El-Rufai vowed publicly will not return as chairman for causing the inexplicable disappearance of APC’s manhood among other embarrassing misdemeanours is back in the saddle, riding the party’s horse with his team including John Akpanudoedehe the secretary who has resigned and has been reinstated more times than it takes to say yahoo-yahoo.

From a bystander’s point of view, it is not only Buni’s dramatic comeback and the potential resurgence of the so-called yahoo-yahoo governors that are concerning. Akeredolu’s mudslinging also says something about the ruling party and the political elite as a whole that is tragically true.

And it is true for a good number of the progressive governors today as it is for governors and politicians in the opposition. How, for example, do you describe a governor who upon falling out with his godfather on the eve of an election, goes on his knees just to trade his party’s broom symbol for another party’s umbrella and then after securing reelection, drags and beats his benefactors with the umbrella?
Or a governor who after being elected on the platform of a party, decides in the twilight of his second term, that he must decamp to the ruling party to serve not those who elected and re-elected him in his state, but to ensure the success of his new paymasters in Abuja against whom he had been in opposition for nearly seven years? If that is not yahoo-yahoo, then what is it?

How do you explain the ascension to power of a governor who was not first or second but third by 176,919 votes, but who in spite of that ascended to power through a rare process of judicial iberiberism (apologies to Rochas Okorocha, wannabe pilot and presidential aspirant), and is currently being paraded as the icon of the new politics in the South-East?

If it is not yahoo-yahoo, then how come a politician who once said a government that cannot fix power in six months is unfit for office now serves in a government that has been unable to fix power for seven years? And this same government is struggling to guarantee the supply of petrol after the country spent $5.8 billion to repair refineries between 2015 and 2020?

It seems that after the temporary relief from drug barons and their yahoo-yahoo cousins who took politics hostage in the 2000s, we’re once again returning to the era when con-artists ruled the roost. And what is more, between the accusers and the accused, it’s increasingly difficult to know who is yahoo-yahoo by politics or yahoo-yahoo by nature.

There are many reasons this resurgence which Akeredolu said has taken hold of the ruling party, is worse than the current low-grade version popular among desperate, young people holed up in many hotels across the country today.

While the police and other crime-fighting agencies can still hope to pursue and rout perpetrators of the low-grade version, what Akeredolu has described is a more dangerous variety.

The perpetrators of yahoo-yahoo in Akeredolu’s class and party, not only enjoy immunity from prosecution while they are in office, but they also have the security agencies at their beck and call. In other words, yahoo-yahoo politicians swindle you and yet reserve the power and resources to protect themselves from being held to account.

If the governor insists that he used the phrase in a more general sense, perhaps as a rallying cry to save his party from falling apart, it would then be fair to insist that indeed not only those accused of backing Buni but perhaps a significant number in the current class of governors fall under this yahoo-yahoo group.

We don’t have to go far for examples. After a week during which power supply has been at a catastrophic low, with many urban households going for days without electricity, not to mention the long petrol queues and run-away inflation, the memes of politicians who swindled voters by making empty promises have flooded the internet.

It would be unfair to write politicians off, especially those in the ruling party, as all scam and no work. Some serious work has been done to rebuild infrastructure, which may take some time to show. But if, for a moment, we set aside Akeredolu’s passion for the regional security network, Amotekun, and for legalising the sale of Indian hemp it would be interesting to see what his five-year ledger in Ondo looks like.

Even though the governor would like us to believe that con-artistry in his party is limited to Buni’s circle of supporters, the evidence is that it is far more widespread. If it is not political con-artistry, how can a ruling party which promised so much seven years ago leave the country struggling to secure itself, and its citizens bereft, poorer and more divided than they were when the government came to power?

And see how even the management of the party’s convention has shown that yahoo-yahoo is not just an accident but a lifestyle for the party: in less than one week, the same man who was vilified as a political fraud unworthy of the progressive banner is back in charge, and his enemies, including Akeredolu, must now bow at his feet under strict presidential orders.

It’s a Nollywood script written in a London hospital beyond anything that Akeredolu’s genius or sense of humour could have imagined. Yet to think that Buhari who hardly says a word has written two epistles in one week to save his party is proof that even the directors of this script are sometimes victims of their own con-artistry.

A most humbling experience indeed. Or does Akeredolu still think it’s a laughing matter?

Ishiekwene is Editor-in-Chief of LEADERSHIP