Arthur Ifeanyi Okowa is the current Governor of Delta State. He was born on July 8, 1959, in Owa-Alero in Delta State’s Ika North-East Local Government Area. He earned his SSCE at Edo College in Benin City in 1976, and then went on to study Medicine and Surgery at the University of Ibadan, graduating in 1981 with an MBBS degree.

Later, he proceeded to the University of Ibadan, Oyo State, where he qualified as a medical Doctor in June 1981. Before then, he did his internship with the Central Hospital, Benin City (1981-1982), and thereafter, completed his National Youth Service Corps (NYSC) with the Primary Health Care Department in Ahiazu-Mbaise Local Government Council, Imo State (1982-1983).

Dr Okowa was employed by the Bendel State Hospitals Management Board in 1983 and worked at the General Hospital, Uromi, and Government Hospital, Igbanke, at different times. He resigned from government service in 1986 to establish Victory Medical Clinics at Igbanke and Boji Boji, Owa.

He ventured into politics in 1991 and became the Secretary of the Ika Local Government Council. With the creation of Ika North East Local Government Area in the same year, he became its pioneer Executive Chairman (1991-1993). With the truncation of the Third Republic in 1993, Dr Okowa resumed his medical practice but returned to politics in 1998 with the lifting of the ban on politics by the then Military Government.

Since the inception of the Nigerian Fourth Republic in 1999, Senator Okowa has had the privilege of wholesome engagements in the governance of Delta State. He was Commissioner of Agriculture and Natural Resources (1999-2001), Water Resources Development (2001-2003) and Health (2003-2006).

Dr Okowa resigned in October 2006 to contest the election for the office of the Governor, Delta State, on the platform of the Peoples Democratic Party (PDP). He was runner-up at the PDP Gubernatorial Primaries, and later led the campaign of the Party as Director-General. He served as the Secretary of the Government Transition Committee in April/May 2007, an assignment he also had the privilege to perform in 1999.

In June 2007, he was appointed Secretary to the State Government (SSG). He resigned in July 2010 to contest the senatorial election for Delta North Senatorial District, an election he won convincingly.

The political party of Ifeanyi Okowa is Peoples Democratic Party from Nigeria.

Ifeanyi Okowa was today, selected as the running mate to Alhaji Atiku Abubakar, the PDP presidential flag bearer for the 2023 presidential elections.

Dr Okowa is happily married to Her Excellency Dame Edith Okowa for more than 30 years and the marriage is blessed with children.

The Independent Newspaper recognised him for his numerous achievements in youth development with the ‘Man of The Year, 2017’ award. 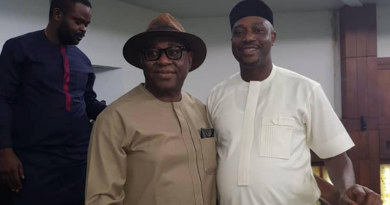 Edo Speaker to House of Reps: Don’t be dragged into illegality by desperate persons – Vanguard

The Shadow Of June 12 – The Left and Nigeria’s Democratic Revolution, By Baba Aye 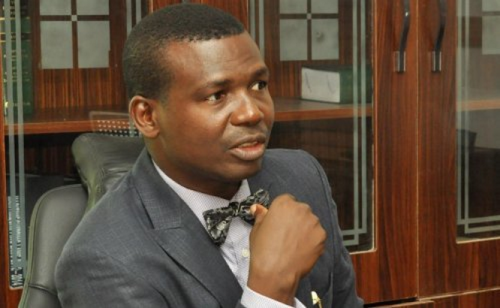